With 19 games played there is nothing between these sides in the table. Will either find a way to change that? Find out with our ENPPI vs Ghazi El Mehalla match preview with free tips, predictions and odds mentioned along the way.

First of all, we would like to point out that these teams tend to draw when they play against each other; they've met 10 times in the past decade, and five of those encounters ended in draws. As a matter of fact, three of the last five clashes between these two ended in stalemates. Additionally, both teams have not lost a lot of games recently; as ENPPI lost just once in their last eight games, while Ghazl El Mahalla lost one of their last five games. Considering four of ENPPI's last seven, and two of Ghazl El Mahalla's last four games ended in draws, we believe the spoils will be shared at the end of this match.

After 19 games played in the league this season these teams share an identical record having won five, lost five and drawn nine. That leaves them in what is proving a fairly tightly packed mid table zone. If either can find a way to win this match they'll have a chance to pull clear of that cluster of teams.

ENPPI's seven match unbeaten run ended when they faced Al Ahly last weekend; although they were still leading in the 94th minute, they somehow managed to lose that game. ENPPI will hope to bounce back from that loss as they host Ghazl El Mahalla; it'll be interesting to see how they'll fare against a side they haven't beaten in five meetings.

Ghazl El Mahalla are coming off a hard-fought 1:0 win against Eastern Company; even though one of their players was sent off, they held on for the win. Ghazl El Mahalla will take a trip to the Petro Sports Stadium on Tuesday; they'll hope to make it two wins from two.

A quickfire FAQ on ENPPI vs Ghazi El Mehalla 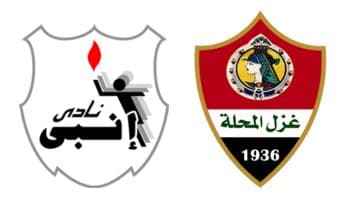