Both of these teams have been hard to beat of late. Will one of them lose here? Find out with our ENPPI vs Future match preview with free tips, predictions and odds mentioned along the way.

Although ENPPI lost just one of their last 10 games, they have no wins in their last four games; this is because ENPPI have drawn a lot of games recently. As a matter of fact, ENPPI have more draws than wins and losses combined; they've drawn 11 of their 21 league games so far, the highest number of draws in the Premier League. Considering ENPPI drew three of their last four games, coupled with the fact that Future are coming off back-to-back draws, we believe the spoils will be shared at the end of this match.

ENPPI have been very consistent in goalscoring terms; they found the back of the net in all of their last eight games. Conversely, ENPPI have not been able to shutout teams recently; they have seen their defence breached in all of their last four games, conceding seven goals in that stretch. Similarly, Future have scored and conceded their fair share of goals recently; they bagged 20 goals in their last 10 games, whilst conceding one goal per game on average in their last seven games. Considering both teams scored in all of ENPPI's last four games, both teams should score today.

Here are the key stats & form guide for ENPPI vs Future

This game is all about Future. ENPPI isn't an easy fixture but with the hosts in midtable they have little to realistically play for as the games tick along. The same is not true for Future and a win here could take them to within four points of second place.

ENPPI have been a tough team to beat the past couple of months; they suffered just one loss in their last 10 games across all competitions, with three wins and six draws. However, it's worth noting that ENPPI have not won a lot of games recently, as they are without a win in their last four games; they'll hope to get back to winning ways as they host Future.

Future have enjoyed some fine form in recent weeks; they won five of their last eight games in all competitions, losing just once in that stretch. It's worth mentioning that Future are unbeaten in their last four games; they'll look to extend that run to five games today.

A quickfire FAQ on ENPPI vs Future 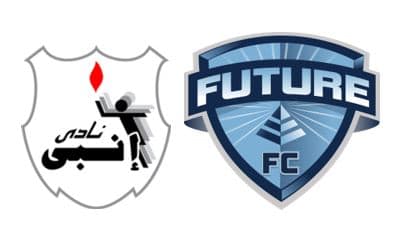