So far in 2017, England have been won the Under-20 World Cup, as well as the Under-19 European Championship.

The Under-21 side reached the semi-finals of the Under-21 European Championships, while another crop of English youngster won the Toulon Tournament as well.

That’s normally for Under-20s, but it was going on at the same time as the World Cup, so it was another crop of youngsters who could play in that age group.

It just shows you how bright the future could be.

Back in 2013, after his appointment as Football Association chairman in 2013, Greg Dyke claimed England should aim to reach the semi-finals of Euro 2020 and win the World Cup in 2022.

“No doubt some will say these targets will burden the players with more pressure. I don't see it in that way.

Yet he also admitted that he was worried about the number of youngsters plying their trade in the Premier League, adding: “If the best of our emerging young players can't get a game here, then we have a serious problem.”

Four years later, that hasn’t really changed. In fact the fears are getting worse.

Tottenham Hotspur gave just 18 minutes of Premier League action to a teenager last season, while Arsenal were even worse with just a single minute.

They still both fare better than champions Chelsea, who failed to give a teenager any time on the pitch at all in their title-winning Premier League campaign.

Perhaps that is most telling though. At no stage did Antonio Conte think it was worthwhile risking a teenager in his title push.

There is clearly a massive gap between youth football and the senior level, and it only feels like it’s getting bigger.

Yet, while many acknowledge this, the money being poured into the Premier League by various TV deals means top-flight clubs have the financial power to challenge most teams across Europe.

England’s top flight is undoubtedly the richest league in the world.

That means the very best players can be attracted, and it’s very exciting times indeed for the fans, with it looking like more than £1billion will be splashed by the end of the transfer window.

So many clubs have broken their transfer records already, and eyebrows aren’t being raised.

But the problem is that the fact this money is available, means it’s possibly a bigger loss than ever to get relegated to the Championship, and teams don’t have time to give youngsters a proper chance, as every team has quality players now.

And this ends up with managers not giving players the chance.

Just look at Chelsea this summer, Nathan Aké, Nathaniel Chalobah and Ruben Loftus-Cheek have all left Stamford Bridge in their quest for first team football despite being part of a title-winning squad.

They knew their careers could stall if they didn’t depart.

Conte summed it up pretty well when he was justifying spending £40million on Tiemoué Bakayoko, when he already had a 22-year-old midfielder in Chalobah.

“I think, honestly, at this moment there is a great difference between the two players,” the Blues boss said.

“You are talking about one player who has played with Monaco, who has maybe 100 appearances for that club.

Players appear to be given a chance at a younger age elsewhere – there’s no reason to suggest Chalobah may not have developed into a player of Bakayoko’s quality if he had the opportunity to play more regularly at a top club. 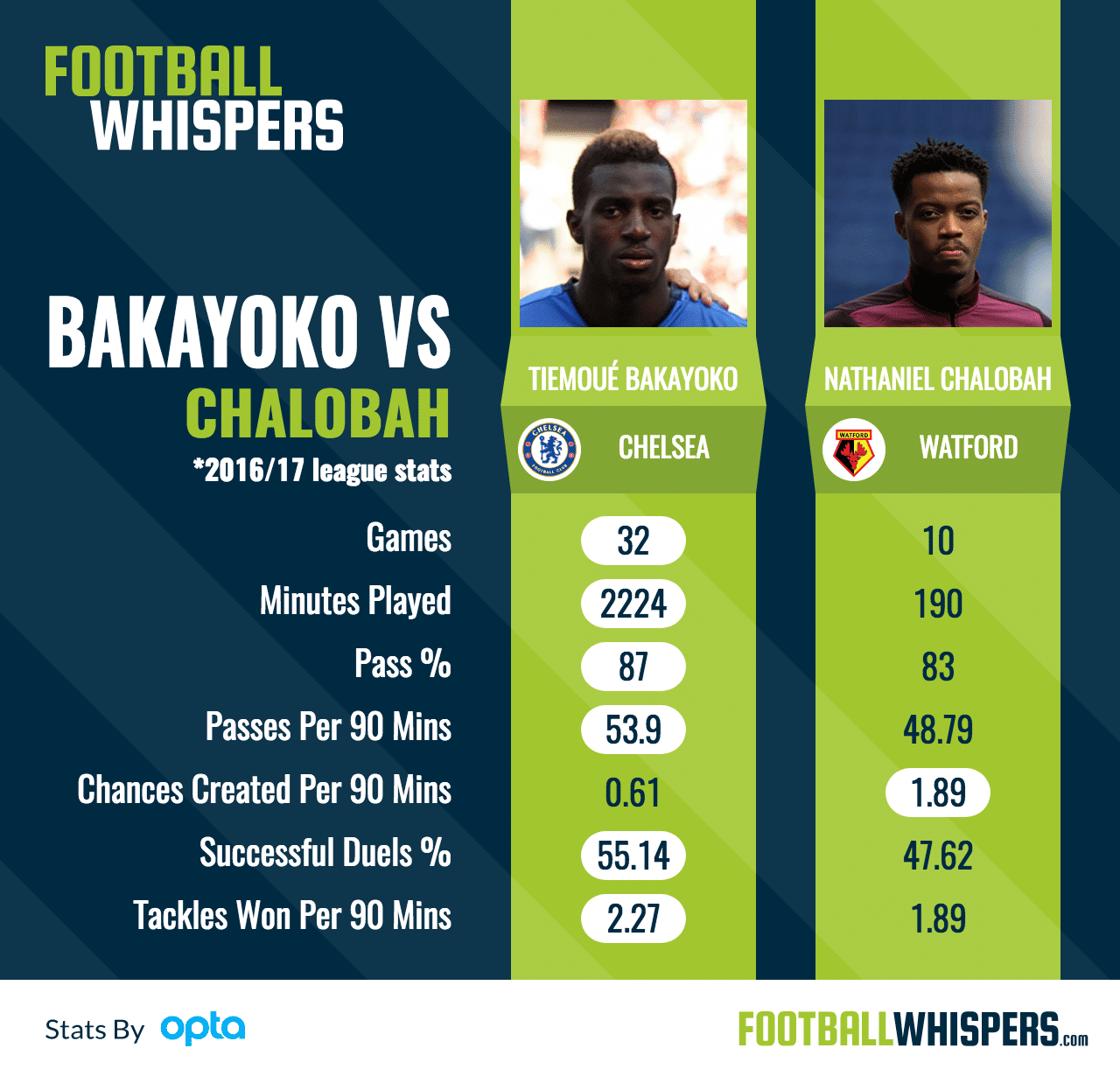 He undoubtedly has the talent – how else would he have played 97 times for England across the different youth levels?

Should young players be earning so much money?

Yet perhaps money is also making the youngsters greedy.

There was talk of Dominic Solanke’s representatives asking for £50,000 a week in wages before he left Chelsea for Liverpool – although to be fair to him, he is more likely to play at Anfield.

That story was later retracted by the Daily Telegraph, who published the following apology.

“On 18 February 2017 we published an allegation that Dominic Solanke was demanding wages of £50,000 per week from Chelsea Football Club as part of his contract negotiations. We understand that no such financial demands have been made by Mr Solanke and we are happy to make this clear.”

Yet, the fact that many believed it show the state football is in.

Manchester City’s Jadon Sancho has been offered a £30,000-a-week deal at the Etihad Stadium according to Metro, who add the 17-year-old is yet to sign the contract due to concerns over playing time.

It is refreshing to see a youngster put football first – and although of course I’d like to be paid £30,000-a-week, you have to think giving that much money to a teenager can’t end particularly well. 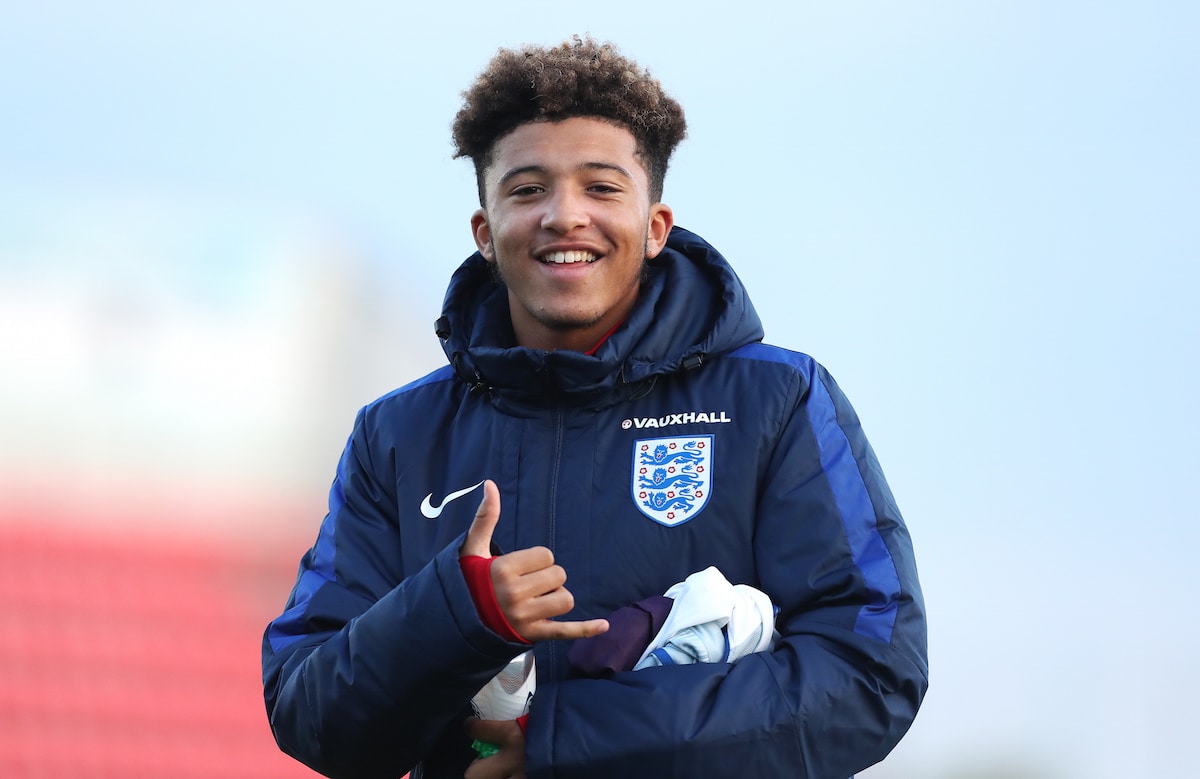 Perhaps the future for them is to head abroad – or to hope they come through a club where they get lots of first-team experience like Fulham’s Ryan Sessegnon – who has proven young players can play a role at a club challenging at the top of the table, albeit in the Championship.

Eric Dier came through the youth system at Sporting Lisbon, while 19-year-old Chris Willock joined Benfica on a five-year deal after his Arsenal contract expired and West Ham United’s Reece Oxford is spending next season at Borussia Mönchengladbach.

The money in the Premier League means their path to the first team is often blocked, and with the exception of everyone from Chelsea passing through Vitesse at some stage in their lifetime, youngsters often don’t tend to look abroad.

Players from most other nationalities now do tend to look at playing in another country – just look at the Premier League’s make-up.

With the very best from all around the world now playing on our shores, it’s time for a different approach.

Youngsters can no longer look at an insular football career, they need to take risks to get first-team football, and with the money in England, that could mean playing abroad.

And that could be the best thing that’s ever happened to them, as they learn a different culture, a new style of playing and learn about themselves as a person.

You would hope that the young talent coming through doesn’t get lost, but they’ll have to fight for themselves to prove that, and that may be by abandoning the Premier League if things don’t change.

If not, there’s a real risk of youth success being lost on the senior England side.