The striker can become a hero in an instant or a villain in a heartbeat and more often than not is the player we all dream of being when we are having a kick about in the street, park or for our local sides. Whether it’s the foraging No.9, whose job is to pounce on any potential opportunity that comes his way, thriving on any chance they can capitalise on, or maybe the more creative No.10 who is seen as the conductor or the hard-working provider for the front line – we all have our favourites both now and in the past.

To most young football fans nowadays, Gary Lineker is renowned for his hosting Match of the Day every Saturday night. Well, that and the crisp adverts. But to those of an older persuasion, he also represents striking excellence.

Before punditry and marketing and his maintaining a vibrant social media presence, Lineker was a striker of the highest quality. His goal scoring exploits took him to Catalonia and Japan as he won titles abroad, but regardless of his changes in location, his productivity never wavered.

While at school, one of his teachers had written on a report card that he spent too much time focusing on football, a pastime that would not enable him to earn a living. Fortunately, Lineker paid no attention, going on to become one of the finest strikers of his generation, and the best English striker of all time.

Lineker was an English striker who veered far from convention. He wasn’t particularly physical, and his shots weren’t laced with power. Instead, he relied upon his technical and mental characteristics to find the net. He was, quintessentially, brain over brawn.

Often found lingering on the shoulder of the last man, his positional sense and concentration were second to none. As a result he was able to find space in even the tightest of penalty boxes; getting on the end of crosses to bag innumerable tap-ins, his job may have seemed easy, but that’s only because he made it look so.

An opportunist with a sophisticated touch, Lineker was nimble, fast of thought and foot, and an unerringly precise finisher. One chance was all he needed, and his ability to deceive defences to create room for those chances saw him aptly earn the nickname ‘El Matador’ during his time playing for Barcelona. 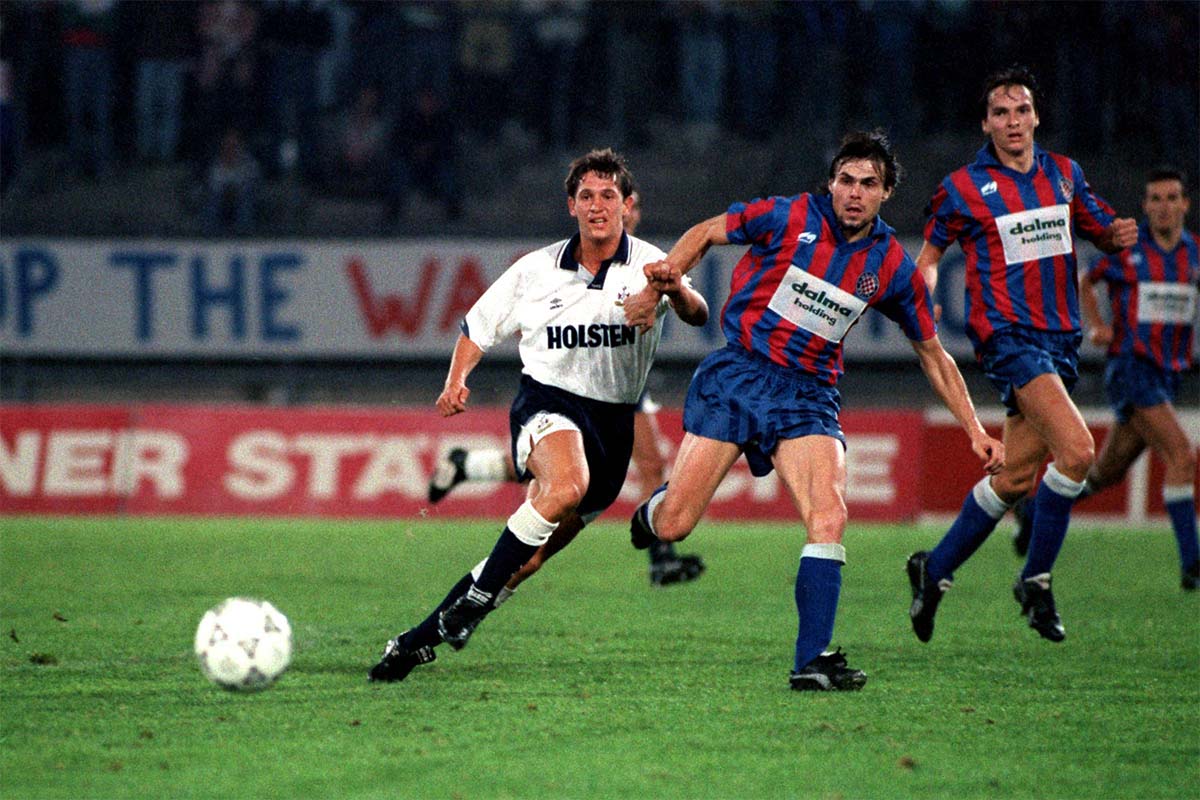 Lineker came through Leicester’s youth academy, making his first-team debut for the club at the age of 19 while they were still in the second division. He began to play a more important role in the 1979-80 season, scoring three league goals to help the Foxes to promotion, but it wasn’t until the club had been relegated once again that he imposed himself as a regular.

1981-82 was Lineker’s breakout year. He bagged 17 goals in 39 league games of Bet365 bonus code, showcasing a burgeoning knack for being in the right place at the right time. The next season he once again helped Leicester to promotion, only this time he was fundamental rather than a mere squad player. And, over the next two seasons, he would score 46 goals in 80 outings before moving on to reigning champions Everton in an £800,000 deal.

His time with the Toffees was brief but beautiful; Lineker thrived atop a winning team, adding extra pace and guile to Howard Kendall’s side. Following his retirement from the game Lineker would retain an affinity for the club on account of his enjoyable year on Merseyside, a year that included his topping the scoring charts with 30 goals to his name.

However, silverware eluded him and, after winning the Golden Boot at the 1986 World Cup, he moved on to La Liga giants Barcelona for a fee of £2.8million. The move abroad also allowed him a chance to perform on the continental stage, with English clubs banned from European competition following the Heysel disaster.

Lineker’s intelligence helped him on and off the pitch in Catalonia. He adapted to the culture with comfort, learning the language so as to communicate effectively with his team-mates. An incredibly headstrong individual, he was primed for the challenge of playing in foreign climes and he would adapt instantly to the Spanish game, bulging the net 20 times in 41 league appearances in his maiden campaign.

In his second term he hit double figures once again, helping Barcelona to victory in the Copa del Rey, however the arrival of Johann Cruyff as manager saw him fielded on the right wing, a position he was unused to and not delighted to fulfil.

A return to English football beckoned and, spurning Manchester United’s advances, he signed for Tottenham, reuniting with Terry Venables, who had coached him in his first year with Barcelona. He once again finished top scorer in the league with 24 to his name in 1989-90. He then helped England to the semi-finals of the 1990 World Cup with five goals, and had two more exceptional seasons with Tottenham before moving to Japan.

While his trophy haul was limited, Lineker top-scored in the English first division three times, succeeded abroad, and was his country’s key striker at a time when there was plenty of competition for the role. 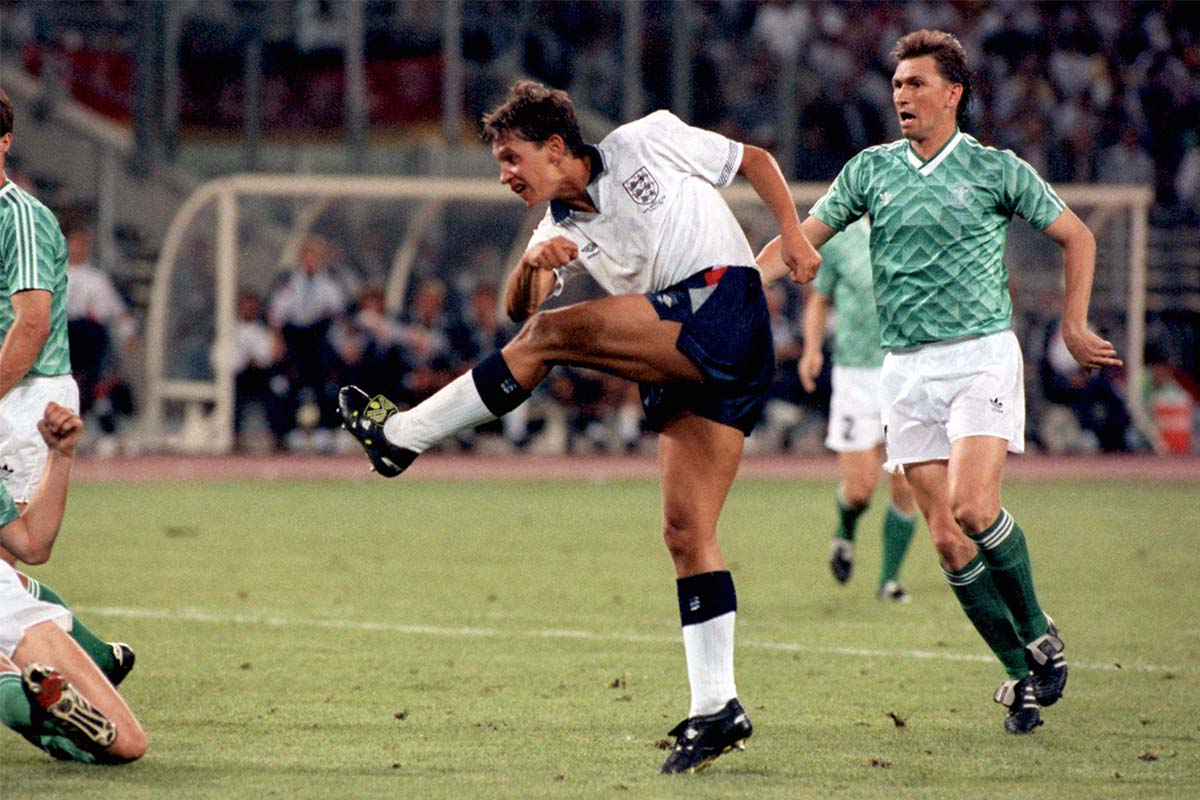 While highly productive, the most aesthetically pleasing moments of Lineker’s goals were not his actual finishes, but his movement in the build-up. Consequently, it’s perhaps more fitting to select a hugely significant hat-trick he scored in his first season with Barcelona.

In a clásico against Real Madrid, he found the net thrice to seal a 3-2 win for his team in one of world football’s most epic clashes. And each goal was a signature of the player himself.

The first was a tap-in following a clever run behind a defender to get on the end of a cross; his second was a rebound into an unguarded net following a spilled shot, and his third saw him capitalise on a defensive error to outfox the goalkeeper in a one-on-one situation. That performance was Lineker in a nutshell: cunning, fast and ruthlessly efficient.

Perhaps the highest compliment that can be paid to Lineker is that he would have thrived in any era. His style, one predicated on intelligence, would have found a way regardless of the circumstances. Not for him was the game a macho pursuit, rather it was a rational process of deduction: ‘If the defender is here, where must I be to score?’

And on top of the footballer, or perhaps underpinning it, was a winning personality. An empathetic individual capable of laughing at himself and fully aware of the occasional absurdity of football, he represented the best this beautiful game has to offer both in ability and in attitude. For all of this, he must go down as England’s greatest ever striker.