It's not a matter of whether or not England will win this game, it's all abut how many goals the hosts will score. San Marino, Europe's longterm whipping boys, provide the opposition at Wembley on Thursday night, where Southgate's men will be looking forward to some shooting practice.

Our Best Free Bets for England vs San Marino

England have scored under 7.5 goals in four of their six previous games against San Marino. When the two sides last met, England ran out 6-0 winners thanks to goals from Rooney, Barkley, Walcott, Kane and an own goal from Brolli.

Four of England's victories over San Marino have been via a margin of six goals or more, so we're backing a handicapped home win for England of -5 goals on however many they manage to score on the night.

England to Win Both Halves, to Score Over 2.5 Goals & Keep a Clean Sheet

With both of our other two bets in mind and the fact that there aren't a lot of realistic markets to bet on if you want decent odds, so we have picked out one of Ladbrokes' #GetAPrice bets. England will be expected to win both halves, if they don't then it will be seen as a failure. There have never been under 2.5 goals in any of the previous meetings between these two countries and San Marino rarely score goals and haven't scored against England since 1993.

Big win on the cards for Southgate's men

England have won all of their six previous encounters with San Marino and every time it has been via a high scoreline. San Marino have scored one famous goal against England, way back in 1993, and they still went on to lose that game 7-1. The last encounter between these two countries was in 2015 where even without the home advantage, England claimed a 6-0 win. England will win on Thursday and that is why some of the bookmakers are only offering 1000/1 on a simple home win bet.

England are without their first-choice goalkeeper Jordan Pickford through injury, which means that Burnley's Nick Pope is likely to get a rare start between the sticks. Pickford's fellow Everton teammate Michael Keane also misses out on this squad, while Liverpool's Alexander-Arnold and Jordan Henderson are injured. Jack Grealish, Harry Winks, Jadon Sancho, Tammy Abraham, Danny Ings and Harvey Barnes will all be disappointed not to have been selected by Southgate. England have plenty of goals up top with Kane, Sterling, Rashford and Calvert-Lewin all being called-up, while Ollie Watkins will be hoping to make his international debut. Lingard has been recalled following his return to form at West Ham and he is in fact, the most experienced of all the midfielders at this level.

Only three international goals have been scored by this current crop of San Marino players, so you can see why the smart money is going against the visitors finding the back of the net on Thursday. The visitors have called-up six players over the age of 30 and their most experienced players at this level are defender and captain Davide Simoncini (66-caps) and forward Matteo Vitaioli (62-caps). Some of these players play in Italy but non for Serie A sides, while the majority ply their trade in San Marino.

FAQ about England vs San Marino 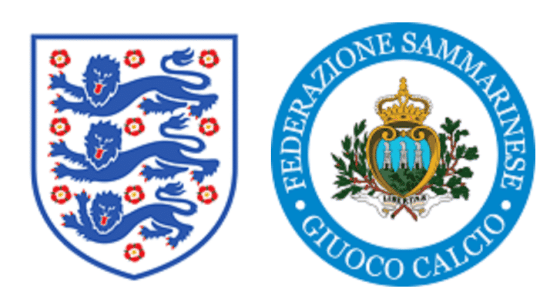