Gareth Southgate's men have scored seven goals and are yet to concede following their opening two World Cup qualifiers, but now they face a trickier test at home to Poland. The visitors have 4pts on the board having drawn with Hungary and beaten Andorra, but now they face their toughest away game in Group I against England. Read on for all our predictions for England vs Poland in the World Cup qualifiers.

A simple bet on England to win won't give you very good odds, so we're backing both teams to score as well. England have won 11 of their previous 19 meetings with Poland and both teams have scored in three of the duo's last four head-to-heads.

Over 2.5 goals have been scored in three of the last six meetings between these two nations. Three of England's last five outings and four of Poland's last six fixtures have also produced over 2.5 goals, so you can see why we're expecting to see at least three goals on Wednesday.

England haven't scored more than two goals against Poland in any of the pair's last five meetings. Two of England's last three wins against Poland have been via a 2-1 scoreline and the visitors have conceded two or more goals in three of their last four matches.

All the stats and the best odds for England vs Poland

England expected to maintain 100% start to the World Cup qualifiers

Nick Pope is expected to remain in goal for England this week, having largely been untested in the opening two qualifiers. Harry Kane will lead the line and will be hoping to add to his 33 international goals. Southgate has some great option up-front and in midfield so even if things aren't going to plan on Wednesday he can bring on plenty of quality from the bench, including Calvert-Lewin who has scored 4-goals in 6 caps for England. Southgate's men are expected to top Group I but Poland are their toughest opponents, so a positive result on Wednesday would go a long way to ensuring that they top the group.

Poland have already dropped points in a game they were tipped to win, drawing 3-3 away at Hungary, but did return to winning ways against one of Group I's whipping boys, Andorra. Poland will have to be at their very best to even get a draw out of Wednesday's match as Southgate's side have proven tricky to break down and look strong in the final third. Robert Lewandowski netted two goals against Andorra and has scored 66 times in 118 games for his country, so England will have to keep him quiet which is often much easier said than done.

FAQ about England vs Poland 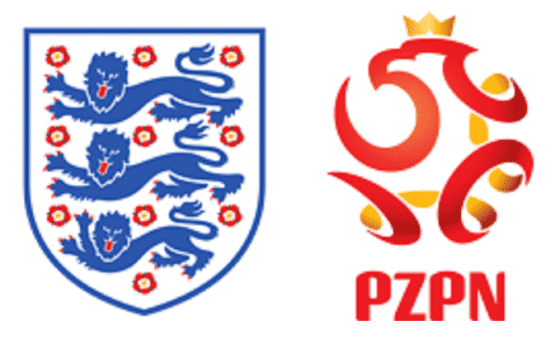