England kept up momentum ahead of Qatar 2022 with a win over Switzerland on Saturday. Can they make it two wins from two as they play Ivory Coast? Find out with our England vs Ivory Coast match preview with free tips, predictions and odds mentioned along the way.

England to win it to nil

Our first tip for this match focuses predominantly on England as we fancy them to win the game without conceding. The Three Lions have won four of their last five matches losing none and have conceded just two goals in that period without conceding more than one goal in any game; that means they've kept clean sheets in three games across their past five – they have won all of them. Ivory Coast have blanked twice in their last six; we think they might struggle for a foothold in this game and that will make scoring goals much harder.

Next up we back this game to be a high scoring encounter. England have seen four of their last five games go north of 2.5 goals including their last three. Ivory Coast have seen three of their last four matches go beyond the 2.5 marker. When you then consider the teams that are likely to take to the pitch, an over 2.5 goals bet looks even better value. Sure, we've backed England to win to nil earlier but Ivory Coast do boast attacking talents. Defensively though, they lack anyone that is remotely close to being world class.

England vs Ivory Coast: Let's look at the predicted lineups

England vs Ivory Coast is a game that will attract a big interest from far beyond the two nations involved. A part of that is because it's two big countries doing battle but another factor is that there will be loads of Premier League – or former Premier League talent on show.

England are ticking along nicely in the build up to Qatar 2022 and they'll expect to chalk up another win here. The only real questions focus on what changes Gareth Southgate might back to his lineup given this is a friendly match. What is sure though is that the likes of Harry Kane, who now has 49 England goals, will be desperate for more minutes on the pitch.

Ivory Coast will look at England with envious eyes right now. The Elephants have been in good form overall but they've had some big blows recently too. They won't be at Qatar later this year after being eliminated in the final stages of CAF qualification and they went home fairly early at AFCON too.

A quickfire FAQ on England vs Ivory Coast 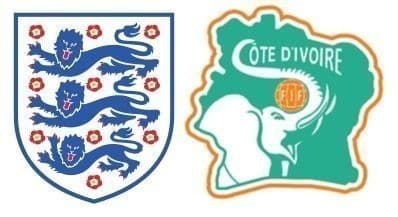