It's not a matter of ‘if' England will win on Sunday but rather by how many goals they will beat Andorra. We've had to get a little creative with our tips for this game as anything obvious like ‘England to Win' just doesn't offer odds that are worth betting on.

We're predicting that under 5.5 goals will be scored in Sunday's World Cup qualifier, despite the fact that England beat Andorra 6-0 when the pair last locked horns. We know that it is highly unlikely that Andorra will even get a shot on target this weekend, let alone score against England and we're planning for a 5-0 home win. Under 5.5 goals have been scored in all of England's and all of Andorra's last six international matches.

As you can see from our previous tip, we're not expecting more than five goals in this game but we have tipped England to score over 4.5 goals. This is because we believe that the hosts will secure a 5-0 win on Sunday. England have scored four goals in two of their last six international matches and they were against tougher opponents than Andorra, while the visitors have conceded 4 goals in two of their last four outings and they weren't against sides in the same league as England, which is why we are backing England to score over 4.5 goals.

England to Win by 5 Goals

As we have mentioned above, we fancy England to secure a 5-0 victory on Sunday but backing the hosts to by exactly 5 goals offered better odds than predicting the correct score. The hosts have won by four goals in two of their last four matches, beating Hungary and Ukraine 4-0, and we expect Southgate's men to go one better against lesser opposition such as Andorra.

Big win on the cards for England

Sterling, Kane, Maguire and Rice were all on target for England in midweek as Southgate's men ran out 4-0 winners in Hungary. England certainly didn't show any post Euro 2020 blues in midweek and we're expecting another professional performance from the home side this weekend when they take on the minnows of Andorra. Harry Kane needs one more goal to reach 40 for his country, while Raheem Sterling is now on 18 international goals after his effort against Hungary in midweek. Patrick Bamford will be desperate to make his England debut this weekend and that could happen if Southgate decides to rotate his starting eleven.

Andorra have plenty of experience in their side and a number of players that ply their trade in Spain but none play in the top tier of Spanish football and the team's overall quality pales in comparison when to the riches of England. Two of the Andorra squad have over a century of caps to their name, defender Lima and midfielder Vieira, while 39-year-old Pujol is on 96 caps. In terms of goals, Lima is the visitors' biggest threat despite being a defender as he has 11 goals for his country which makes him Andorra's top scorer as well as their most capped player. 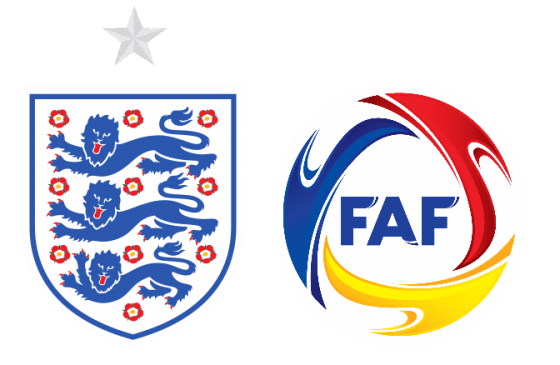