Wayne Rooney‘s international swansong was always going to be the dominant theme as England saw off the USA 3-0 in Thursday night's Wembley friendly, and the Three Lions' record scorer looked impressively sharp in his 35-or-so minutes on the pitch.

But the enduring story of this game should be the emergence of a new England hero. Jadon Sancho, who started for the first time at senior international level and played the entire 90 minutes, proved to Gareth Southgate and the watching millions that he is ready to be relied upon in England white.

Jesse Lingard opened the scoring in the first half with a delicious curling effort from 20 yards, before Trent Alexander-Arnold, assisted by Sancho, bagged his first England goal less than two minutes later.

The debuting Callum Wilson capped a fine all-round display with a goal in the second period, and Sancho, swapping flanks and spinning American heads throughout, shone consistently.

Here are the five things we learned from a comfortable victory for England. 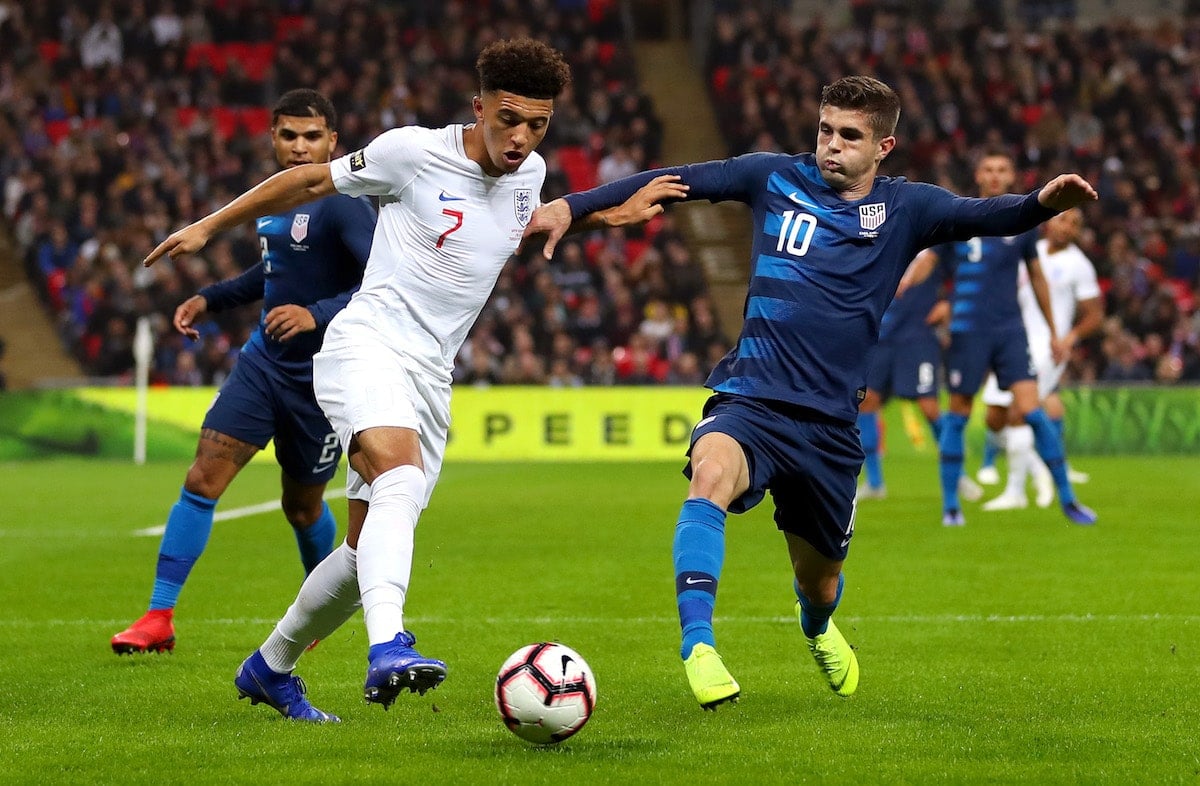 Sancho created two chances, completed 87 per cent of his passes registered his first England assist, but, beyond the numbers, it was the 18-year-old's comfort in his surroundings that most impressed.

The Borussia Dortmund winger, fresh off helping the Bundesliga leaders beat Bayern Munich 3-2 last weekend, took to the senior international stage, the expectations of a 68,000-strong Wembley crown and a first start for his country with the relaxed assuredness of a senior pro.

Just as he has fought his way into the Dortmund starting line-up through the sheer force of his superlative displays this season, so now he must also become a regular fixture in Southgate's side.

The 20-year-old American attacker was the talk of Europe a year ago, starring for BVB and the USMNT and tracked by every major club on the continent.

Now, though, he is on the fringes at Signal Iduna Park, not even making the substitutes' bench against Bayern.

However, against England, Pulisic showed why he remains one of the most gifted young players in the game. The USA offered little resistance to their hosts but Pulisic, with his industry, skill and balance, kept the Three Lions on their toes.

Although his progress may have stalled a little of late, Pulisic should by no means be written off or underestimated. Time is on his side and, sooner or later, his quality will shine through once more.

Although, Pulisic aside, the USA lacked bite and were outclassed for large spells, the occasional lapses in concentration at the back that befell England will not have pleased Southgate.

In the first half, Pulisic was allowed to saunter through the England backline to break clear for a one-on-one chance. Goalkeeper Jordan Pickford bailed his side out with a save, but this was the kind of defending a better side would have exposed more often and taken better advantage of.

In the second half, while England cruised at 2-0 before Wilson's third, the away side again got to see the whites of Pickford's eyes. A clean sheet on the night does not paint a fair picture of England's defensive performance here.

As bad as England were at the back at times, the USA were much, much worse.

From the off, England attacked with aggression and cohesion. The Three Lions were playing at speed and their interchanging of positions was creating space in the final third.

However, the manner and regularity with which England were able to carve through the US backline exposed the visitors' defensive frailties, struggling to stem the tide down the flanks and in the spaces between their centre-backs and full-backs.

As their failure to qualify for the 2018 World Cup demonstrated, there are deep-rooted issues for the USMNT to remedy, and starting with working on better defensive organisation should be manager Dave Sarachan's first port of call.

Wilson emerges as another option 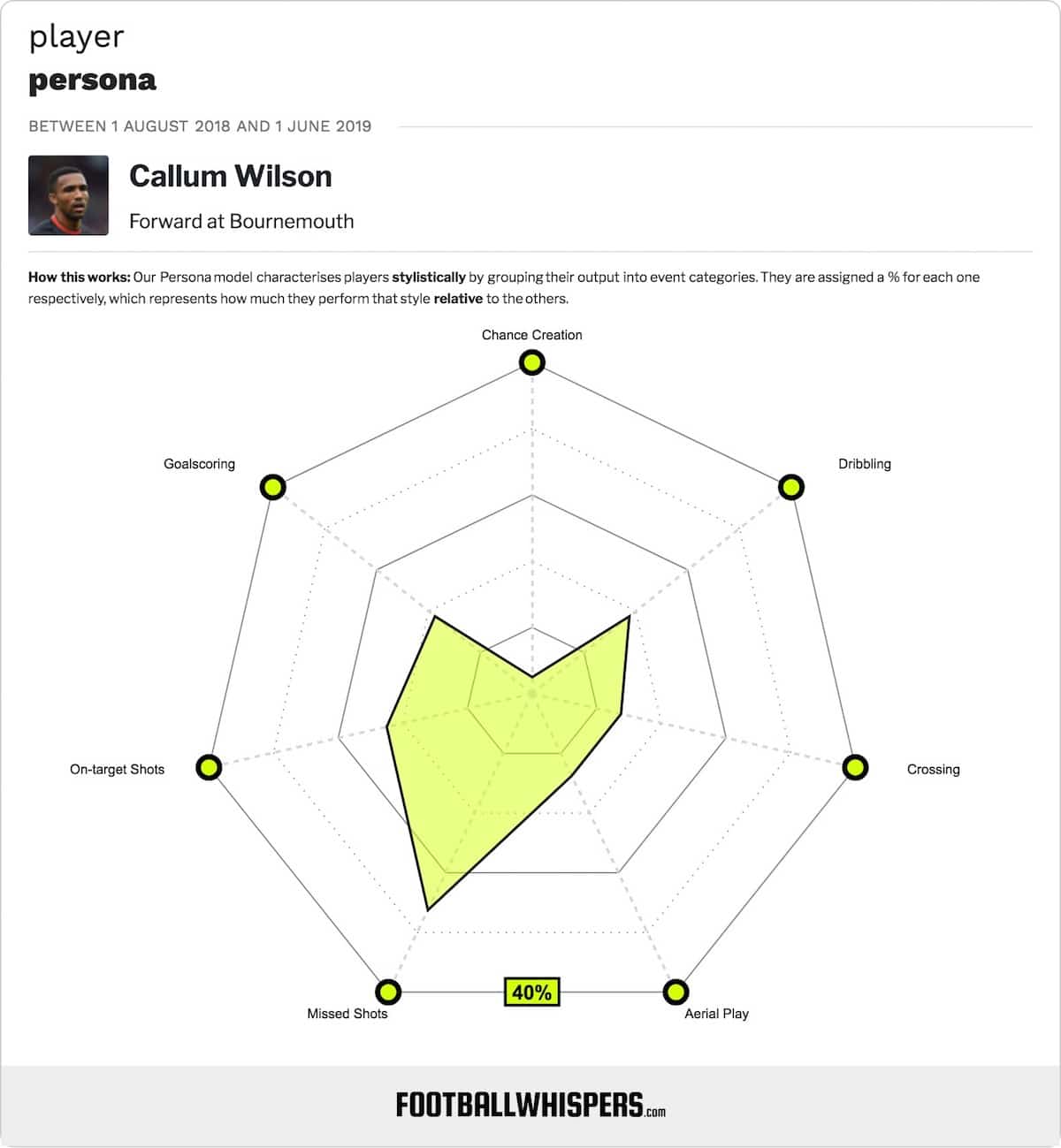 The 26-year-old, who surely would have received a first cap some years ago but for horrific luck with serious knee injuries, led the line confidently. His movement created space for others, while his hold-up play offered England an outlet and a focal point around which to construct their fluid attacking moves.

And his goal, breaking across the near post to prod home a Fabian Delph cross, was the icing in the cake. England now have another centre-forward able to deputise for, and compete with, captain Harry Kane.