Emre Can's extraordinary goal, his fifth of the season, was enough to earn Liverpool all three points against Watford at Vicarage Road on Monday night to keep their hopes of Champions League qualification alive.

The goal itself, a wonderfully executed overhead kick which curled away from Hornets ‘keeper Heurelho Gomes, has been the main talking point. Rightly so, it was a goal for the biggest of big occasions. A goal deemed fit enough to win the World Cup and the European Cup at the same time.  A strike worthy of winning any game and a serious contender for goal of the season.

And, in the grand scheme of things,  it's a goal which is arguably just as important for the Reds as they look to secure a place in Europe's elite competition next season ahead of fierce rivals Manchester United.

Emre Can with an absolute cracker of a goal. #LFC #YNWA pic.twitter.com/exLEnmx22k

Jürgen Klopp's side now lead Jose Mourinho's Red Devils by four points having played a game more. Up next for United is a trip to the Emirates just three days after travelling to Spain to face Celta Vigo in the Europa League.

Liverpool have one foot in the Champions League thanks to Can's goal. However, the German's overall influence on proceedings shouldn't be overlooked. Even leading up to his strike just before the half-time whistle he looked like the player capable of making something happen.

He looked like a player who knew what was at stake and he played like one who wanted to make sure the Reds didn't pass up this opportunity. He grabbed the game by the scruff of the neck and tried to drive his side on. Not everything he did worked but the fact he took on the responsibility is encouragement enough. 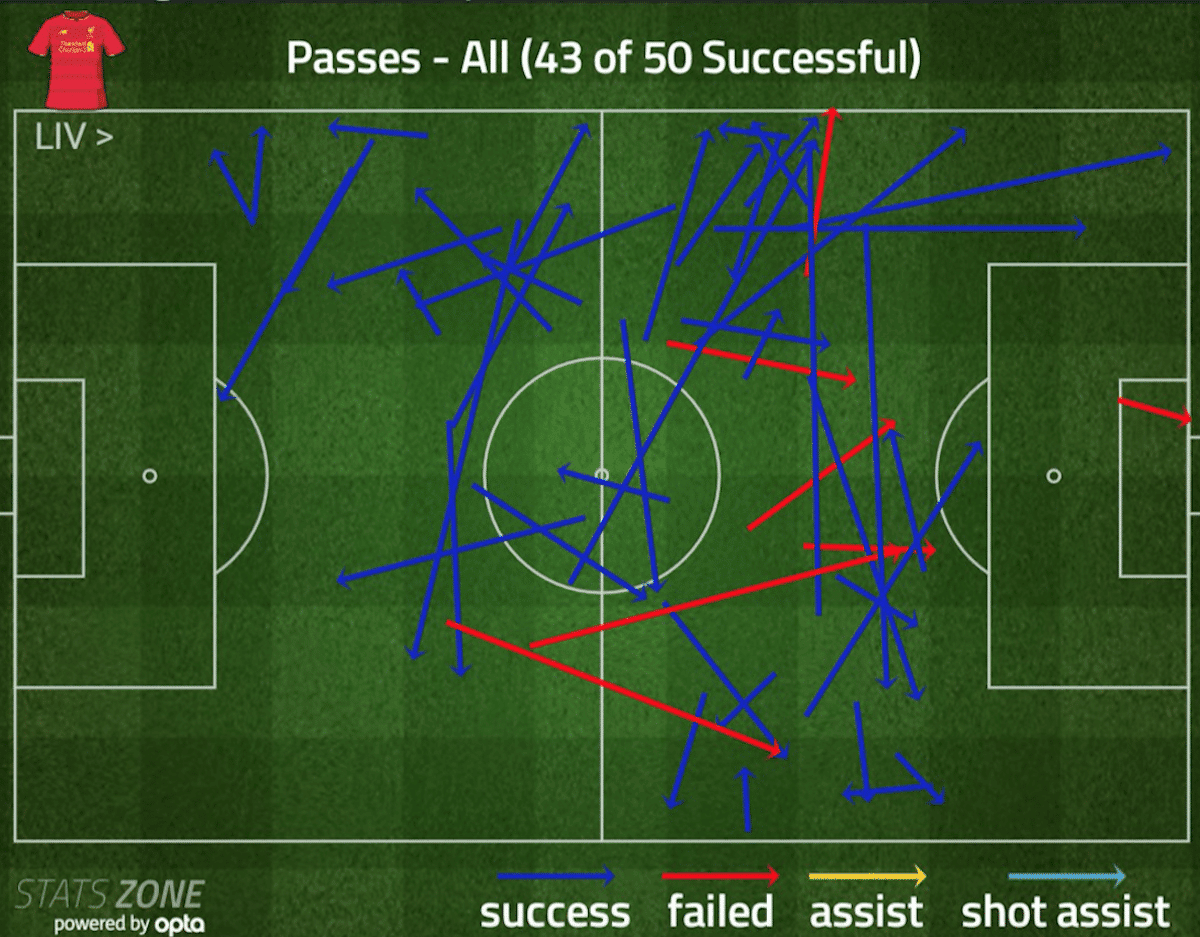 The 23-year-old put in a captain's performance and it's not the first time he's done so, and it's unlikely to be his last.

One of his standout performances in red came in the Europa League semi-final last season when Villarreal came to Anfield with a 1-0 aggregate lead. Can was a shock inclusion in the starting XI having injured his ankle against Klopp's former flame Borussia Dortmund in the quarter-final.

Liverpool needed an early goal. The clock ticked into the sixth minute of proceedings and Can picked the ball up in a central area, drove at the Spanish side's defence and committed men before playing a ball to Nathaniel Clyne on the right. The full-back whipped in a dangerous cross which wasn't dealt with, Daniel Sturridge fired the ball back in and Bruno put it past his own ‘keeper.

Anfield was rocking and Villarreal were on the ropes in the first round.

The German had a similar impact during the 2014/15 season in an FA Cup tie against Bolton. Not the sexiest of opponents, and not as memorable as a big performance in a European Cup semi-final, but just as telling. Brendan Rodgers' team needed a goal and Can stepped up.

A Philippe Coutinho wonder strike won it on the night but it was Can's assist for the Raheem Sterling equaliser after he received a pass from Steven Gerrard before driving forward and executing a perfect chip over the home side's defence for Sterling to fire home. He could've literally passed up the responsibility and played a safe pass to the wide players. He didn't.

Despite people suggesting Kevin Stewart should start in his place earlier on in the campaign, Can has put in some eye-catching performances. Captain's performances. Defensively he was solid against both Manchester clubs and his work in those matches goes under the radar a little.

Emre Can has now scored two winning goals in the PL for Klopp. Only Benteke (3) has more. Also 2: Firmino, Mane, Milner.

READ MORE: EMRE CAN STEPPING UP IN HENDERSON'S ABSENCE

Attacking wise, his incisive and inventive passes give the Reds an extra dimension when looking to break teams down. On top of that he's added goals to his game — netting two winners in recent weeks to give Liverpool six important points in their quest for Champions League football.

Can he replace Henderson?

Jordan Henderson only signed a new contract with the club last summer. Klopp made him an integral part of his Liverpool system. He was tasked with protecting the defence and effectively being the deep-lying playmaker which you can see in the video below.

For many he excelled in his new role. Others, however, didn't like him there and thought he was better suited to a box-to-box role. Either way, for someone playing a new role in a pretty open system he did an admirable job there early on in the season as Liverpool played their way to the top of the table.

The former Sunderland man appeared to be repaying the faith Klopp showed in him.

The problem is though, Henderson isn't the most reliable. Not in terms of performances but in terms of availability. Over the past two seasons he's appeared for 3,411 minutes which equates to 38 matches. He's missed an entire season's worth of football.

He's likely to miss the run-in this season just as he did last season. It's through no fault of his own but when you get to the business end of the season you need your important players to be available. No matter how good your team is, you need your captain on the pitch.

There's an option to keep the 26-year-old midfielder as the club captain but replace him as the team captain.

The role of the skipper is somewhat understated these days but surely seeing Can with the armband, grabbing the game by the balls and driving the team forward, is more likely to inspire a team than seeing Milner cut in from the left on his right foot and kill off a move.

The other alternative to Can would be Dejan Lovren. The Croatian recently signed a new deal with the club and Klopp was complimentary of the player in his press conferences afterwards.

It appears as though the manager is a fan of the former Southampton centre-back. There's an elephant in the room when contemplating giving him the armband.

He is capable of changing the game, but more often than not it’s for the opposition. When put under pressure he loses his head and becomes erratic. Would that worsen with the armband? Even looking beyond his performances there are still question marks, like Henderson, over his reliability.

If Liverpool and Can's representatives can sort out the contract issue then there's no real reason the former Bayern Munich man can't be the next captain at Anfield.

There are of course still concerns over whether or not he can sustain such good form over the entirety of a season but the armband, and the confidence he'd gain from such responsibility, may be what spurs him on to develop into that regular 8/10 kind of player.  The captaincy helped Gerrard develop as a player, no reason it couldn't do the same for Can.