Just 1pt and one place separate Empoli and Spezia in the Serie A table and we're expecting a tight and tense 90-minutes between the two clubs this weekend. The hosts are in poor form and the visitors have been struggling to pick up points on the road but something has to give this weekend.

Five of the last six competitive and non-competitive meetings between these two clubs have ended in draws and we're expecting another stalemate on Saturday. Empoli's only points of late have arrived in draws with the hosts losing four and drawing two of their last six league games. Spezia have lost four and drawn two of their last six outings in Serie A, so you can see why we feel these two sides will cancel one another out this weekend.

We're not expecting many goals in this game as each of the last six encounters between Empoli and Spezia have produced under 2.5 goals. Five of Empoli's last six matches and four of Spezia's last five outings have also witnessed fewer than three goals scored, so you can see just why we're expecting a low-scoring game this weekend.

Everything you need to know ahead of Empoli vs Spezia

Spezia could leapfrog Empoli this weekend

Last time out, Empoli made the trip to Fiorentina and gave a decent account of themselves. However, a solitary second-half goal from Gonzalez proved enough for the home side to secure a 1-0 victory. Empoli's winless run continues and it has been scoring goals that has become the main issue for the club right now. Saturday's hosts have failed to score in four of their last six league games, despite having a capable striker in Pinamonti leading the line.

Spezia had to make the most of their home advantage against fellow strugglers Venezia last weekend, which they did. The first half between the pair ended goalless and as the second forty-five entered stoppage-time, it looked like the game was going to end 0-0. However, Gyasi scored with virtually the last kick of the game in the 94th-minute to hand Spezia a moral-boosting victory. That result puts Spezia on 32pts for the campaign and another victory on Saturday could move the club as high as 12th in the table.

Empoli: Luperto is suspended, while Tonelli and Haas could miss the game through injury.

Spezia: Bourabia and Sena are the two main injury concerns for the visitors. 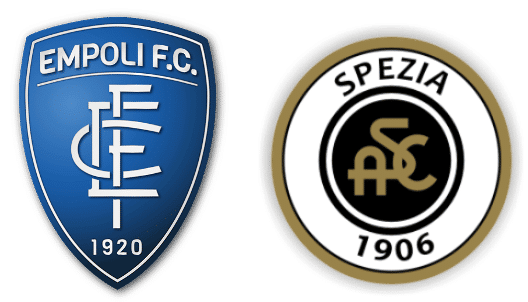