Just 1pt separates these two teams in the Serie A table and we're expecting a close and competitive battle between the pair this weekend. In recent years, when these two sides have met it has been the away side that has generally earned the better of the results, which will be music to the ears of winless Sampdoria.

We've backed Sampdoria to avoid defeat on Sunday as they have picked up two wins and a draw from their last three trips to Empoli. We couldn't justify predicting an outright win for the visitors as they are yet to win any of their opening three games of the season but Empoli have lost two of their first three games and do look susceptible.

This isn't a game that we are expecting a lot of goals from as four of the duo's last six encounters have produced under 2.5 goals. Three of Sampdoria's last six outings have also witnessed fewer than three goals being scored, including their only other away game this season at Sassuolo which ended goalless.

In terms of a final scoreline, we're predicting a 1-0 win for Sampdoria. While we feel that there is a good chance that this game will end in a draw, Sampdoria have won their last two trips to Empoli and have scored exactly one goal against them in four of the pair's last six head-to-heads.

All you need to know ahead of Empoli vs Sampdoria

Empoli were unable to build upon their fantastic 1-0 win over Juventus as they suffered a 2-1 defeat in their own backyard to newly-promoted Venezia. It looks likely to be a tough season for Empoli but if they can find some consistency then they do stand a chance of avoiding the drop. Home wins will be key and Sunday's game against Sampdoria will be a great test of their resolve.

Sampdoria might not have won a game this season but they gave a great account of themselves against Inter Milan last weekend and will have been slightly disappointed not to have won the game. The hosts twice came from behind against the champions to earned a creditable 2-2 draw and now the task is to build upon that result with a victory at Empoli.

Empoli: Riccardo Fiamozzi is the only major injury concern for the home side and he is expected back in action in a couple of weeks.

Sampdoria: for the visitors, Manolo Gabbiadini is expected to miss out again due to an ankle injury but will be back by the end of the month. 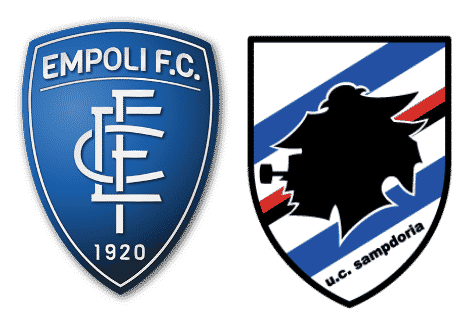