Empoli could move above Bologna in the Serie A table this weekend but only if they secure all 3pts. Bologna beat Empoli the last time the two sides met back in 2019 but we're expecting a very close and competitive 90-minutes on Sunday.

Our Top Tips for Empoli vs Bologna

Here are our predictions for Empoli vs Bologna

Just 2pts and three places separate these two clubs in the Serie A table and two of their last five league meetings have ended in stalemates. Empoli have only secured two wins in their opening five league games, while Bologna have drawn two of their last four outings, so you can see why we're leaning towards a draw this weekend.

Bologna to Score First (No Goal, No Bet)

Bologna have looked very good in the final third this season and if they can tighten things up at the back they could be on for a decent finish in 2022. The visitors have only failed to score in one of their last six matches in all competitions and we're backing Bologna to score the first goal on Sunday. If, and it's a big if, there are no goals in the game then your stake would be returned but with Empoli failing to score in their last home game, we're confident that the visitors will find the back of the net first on Sunday.

In terms of a final scoreline, we're going with a 2-2 draw as both teams have been scoring on a regular basis this season and certainly aren't strangers to conceding goals. Over 2.5 goals have been scored in four of Empoli's and four of Bologna's last six matches and both teams have scored in three of the host's and four of the visitor's last six fixtures.

Empoli vs Bologna – The Stats and Figures

A close and competitive 90-minutes are expected in Sunday's clash

A first-half strike from Di Francesco and one in the second forty-five from Stulac helped Empoli to their first away win of the season against Cagliari. That result could prove crucial in the fortunes of Empoli this season as they are expected to battle relegation and beating the likes of Cagliari, who are also expected to finish low down, will give them a great chance of avoiding the dreaded drop.

Bologna had to settle for a point in their midweek clash with Genoa despite twice taking the lead in front of their own fans. Young Scottish full-back Hickey opened the scoring early in the second half but that goal was canceled out by Destro's equaliser. An 85th-minute Arnautovic penalty looked to have won the game for the home side, only for Genoa to be awarded a spot-kick of their own shortly after which Cristito converted.

Empoli: Riccardo Fiamozzi has a muscle strain that could keep him out of Sunday's clash with Bologna.

Bologna: Jerdy Schouten and Dogo Michael are the main injury concerns for the visitors this weekend.

Your Questions for Empoli vs Bologna 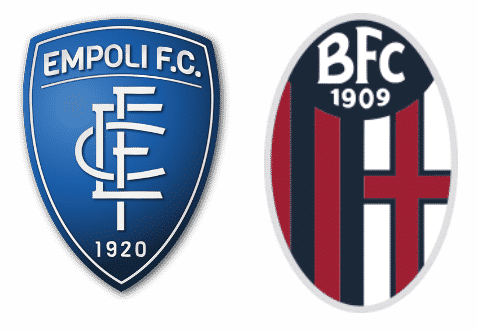