Following the consecutive defeats, the relegated side Elmina Sharks host the Great Olympics in the concluding game of the campaign on Sunday, 19 June. Oly Dade enters the field on the back of a league victory.

Things for Elmina Sharks are getting desperate as they have lost all of the last four games and are winless in the previous nine attempts. On the other hand, Great Olympics have also been through winless games but they made a little improvement with the last game victory. In the H2Hs, Black Stars have been unable to secure a single win against Great Olympics, losing three out of six. So we back Ole Dade to get the result where they left off in the last game.

Great Olympics have scored in three of the last four attempts and will also be confident over the last game performance. However, Elmina Sharks have lagged at their offence and failed to score in two of the recent three duels. The same records appeared for the recent H2Hs against Oly Dade. Adding more, Black Stars held a poor defence recently as well that leaked three goals per game in all of the last four outings. So we expect only the Great Olympics on the scoreboard in this game.

Elmina Sharks vs Great Olympics: Check out the best odds and the latest stats

Elmina Sharks vs Great Olympics: Check out the team lineups

Black Stars were thrashed by Asante Kotoko by a 3-0 defeat in the last game at the away venue. Elmina Sharks have proved the modest team of the season as they have confirmed only five wins in the season so far and are at the last of the table with 22 points. The club gaffer Kobina Amissah will have zero fitness or injury issues ahead of this game.

Oly Dade terminated the four-match winless streak and earned a 3-0 victory at home in the last game against Hearts of Oak. Following the 12 wins and 11 draws, the Great Olympics are sixth in the points table. The team manager Annor Walker will enter the field with a fully healthy squad. 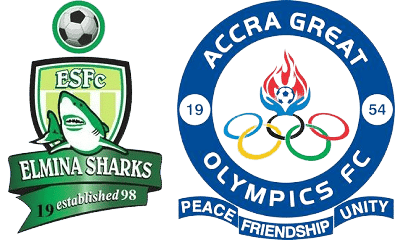 Who won the last h2h? 1-0 in favour of the Great Olympics.

Where is the game being played? Paa Kwesi Nduom Stadium.