Elfsborg are coming under pressure for the third spot and they could be losing this position by the time they kick-off against Orebro at the Boras Arena this weekend.

Elfsborg had to work hard for the 1-0 win over IFK Goteborg on the road with a late second-half goal from Johan Larsson providing the three points for Jimmy Thelin’s men. Orebro’s disappointing form continued with the team suffering a heavy 3-0 loss against Djurgarden in an away match. The top tips for this encounter would be:

Elfsborg need to improve the home form if the club are to compete at the top of the Swedish Allsvenskan table. They are looking to continue their extraordinary run against Orebro in home games, as Elfsborg have picked up three wins and a draw in the last six meetings on this ground. Orebro have not been dominating in many areas of the pitch and they might continue to struggle against Elfsborg.

Despite only managing a 1-0 win, Elfsborg finished the game against Goteborg with a massive 12 shots at goal. They were not able to dominate possession, but the number of chances created against Goteborg suggests that Orebro could be in for a long night. Vitor Gazimba’s men have conceded 19 goals – the most in the league by any team this season.

Apart from having the worst defensive record so far this season, Vitor Gazimba’s men have also been very poor going forward. They have only returned five goals so far this season and this is also the lowest tally by any team. This game is likely to be one-sided with just Elfsborg contributing to the goals.

Elfsborg have been able to maintain a decent momentum so far this season and the team picked up from where they left off during the summer break. The away victory against Goteborg gives a lot of belief to the team. It might be difficult to shake the tough against one of the poorest teams in the division – Orebro. There are no major injury concerns for Elfsborg boss Jimmy Thelin apart from the absence of Rasmus Alm.

Orebro have been on a horrendous run this season and it does not seem to end any time soon. The back-to-back wins achieved against Halmstad and Hacken seem a long while back. In fact, Orebro have gone without a win in more than two months of action. However, Gazimba does not have any major injury worries ahead of the game. 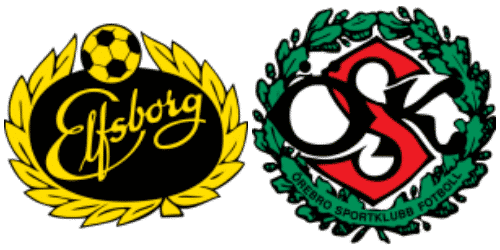 Where is the match scheduled? Boras Arena

Which team is the favourite to win? Elfsborg