The Elche vs Real Betis duel might not be the most interesting one in the upcoming La Liga round, but it can still be an exciting game. So, we have a preview of this match for you, along with some free betting tips.

Our best Elche vs Real Betis betting tips and predictions

If you are struggling to find the right bet for Elche vs Real Betis, check our top betting picks for this game right here:

While Real Betis lost three straight games in all competitions right before the international break, those losses came against Atletico Madrid, Sevilla, and Bayer Leverkusen. Overall, Real Betis is having a great season and they are currently fifth in the league, while Elche is without a win in the last five league games and sitting in the relegation zone right now. So, our prediction for this game is for Real Betis to win it.

The best odds and latest statistics for Elche vs Real Betis

If you don't want to spend a lot of time looking for the top Elche vs Real Betis odds, check them all in one place, right here:

Failing to win in the last five games in the league has caused Elche to drop down the standings and they are now in the relegation zone, tied with Granada as the first team outside of it. In any case, Elche is not in the best of forms and they will have to work to turn things around or they will struggle to stay in the league. On the bright side, only Fidel is on the team's injury list at the moment.

The team from Sevilla is currently fifth in the league, which is a great result for them after the first thirteen games. However, Real Betis lost two games in a row in La Liga, but those losses came against Atletico Madrid and Sevilla, which is understandable. Before that, Real Betis was on a streak of three wins, so they certainly can keep their good position in the standings for longer. Camarasa, Rodri, Sabaly, and Rodriguez are injured and out of the next match.

The usual questions for Elche vs Real Betis 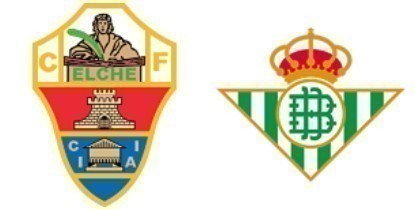