While the Elche vs Levante duel might not be the most anticipated game in this round of La Liga, we could still see an interesting match. So, we have a preview of the game just for you, along with our favourite betting tips.

What can we expect from the Elche vs Levante duel?

If you are looking for betting predictions for the Elche vs Levante game, you've come to the right place. Here are some of our expectations for this game:

Elche and Levante to Draw

Neither of the two teams has had a great start to the new season, but Elche has a win in the first four rounds, while Levante doesn't. That being said, Levante is the better team on paper and they've only lost once in the last five duels against Elche. With that in mind, our prediction for this match is to end in a draw, which sounds like the most realistic outcome to us.

Four of the previous five duels between Elche and Levante have gone under 2.5 total goals, so it's clear that we can expect another low-scoring duel between these two teams. In addition to this, Elche has only averaged one goal per game so far in La Liga, which is tied with Espanyol for the lowest overall number of goals. Meanwhile, Levante averaged 2.75 goals per game this season.

If you are looking for a safer bet than betting on a draw, perhaps a double chance should be your choice. While we expect a draw in this game, we could also see Levante getting their first win of the season, especially since Elche only managed to beat Levante once in their last five meetings. In our opinion, the odds on Levante to win or draw double chance are pretty solid and worth a try.

Stats to check and top odds for Elche vs Levante

We have the best La Liga odds on display right here on our site, including the top odds and stats for the Elche vs Levante matchup:

Elche vs Levante preview: Can Elche win two games in a row?

It was a very stressful last season for Elche since they were one spot above the relegation zone in the end and they survived in the league by  two points. Meanwhile, Elche started the new season with a win, a couple of draws and a loss, but the win came in their last outing against Getafe. They have a chance to win their second game in a row against Levante, especially since Elche has no injured or suspended players at the moment.

After finishing the last season in the 14th spot finish, Levante entered the new season with a hope for improvement. However, the team didn't start the season will since they are still without a win after they've drawn three times and lost one game, against Real Sociedad. Bardhi, Soldado, and de Frutos are injured at the time and they will miss the next game in the league.

Elche vs Levante – The common questions 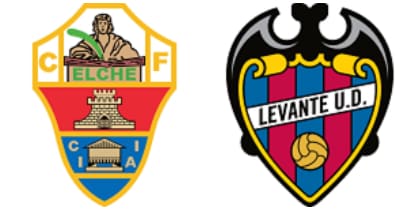