The Elche vs Espanyol duel in the next round of La Liga is scheduled for Saturday, so let's take a closer look at the teams and what we can expect from this match.

Our favourite Elche vs Espanyol betting predictions and picks

If you are looking for free La Liga predictions, we can help you out. Here are our top betting tips for the Elche vs Espanyol duel:

Elche and Espanyol to Draw

The difference between these two teams in the standings is just three points, so it's clear that Elche and Espanyol are very similar in terms of quality. However, Espanyol is in better form with three wins in the last four matches – but Elche is hosting the game. And while the teams haven't met for a long time, their last duel in 2015 ended in a draw. So, we expect to see another close match and another draw between Elche and Espanyol on Saturday.

Elche and Espanyol to Draw at Half Time

Since we expect to see a draw between Elche and Espanyol, we also expect these teams to be even at half time, which is the case with most of the matches that end in draws. Furthermore, Elche drew at half time in six of their nine matches in the league so far, while the same is true for three of the nine games played by Espanyol in La Liga this season.

Top odds and useful stats for Elche vs Espanyol

If you want to bet on the latest odds for Elche vs Espanyol, we have them all right here on our website:

Elche vs Espanyol preview: The mid-table derby in La Liga

With nine points after the first nine games, Elche is currently in the 14th place in the standings. While this is a comfortable position for them, it's only four points away from the relegation zone and with many matches remaining in the season, Elche will have to do better than they did in the last four matches in which they lost three times. On a more positive note, the team is without any injuries at the moment.

Three wins, a draw, and a loss in the last five matches have put Espanyol right in the middle of the standings in La Liga after nine rounds, so the fans can breathe a sigh of relief after the poor start of the season. If Espanyol can keep this type of form going, they certainly won't have to worry about relegation. Bare, Miguelon, and Puado will not be in the team for the next game due to injuries. 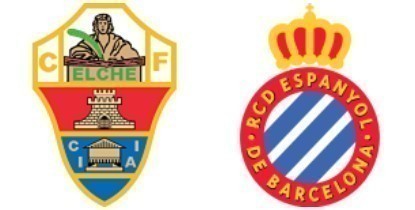