The last game of the first round of the new La Liga season is the Elche vs Athletic Bilbao duel, so let's take a closer look at this game and what we can expect to see in it.

Our best free betting predictions for Elche vs Athletic Bilbao

We have the best La Liga betting tips for you right here on our website, which includes the top predictions for the Elche vs Athletic Bilbao match:

These two teams split the wins in the last La Liga season, and they've generally played very close matches since their last five head-to-head games ended with a couple of wins for each team and one draw. Still, Athletic Bilbao is the better team of the two and we expect them to prove this in their upcoming match.

Elche and Athletic Bilbao to Draw at Half Time

Top odds and useful stats for Elche vs Athletic Bilbao

The odds for Elche vs Athletic Bilbao can vary from one bookie to another, so we have compiled odds from the best UK bookies right here:

Only two points separated Elche from the first team in the relegation zone, so the team was very lucky to remain in the top-flight of the Spanish football for this season. Their fans will certainly hope for a less stressful ending to the new season of La Liga, but we don't think that Elche can avoid fighting against relegation. That being said, the team did suffer a few changes and Elche brought in a few interesting players, spending £7.2 million in the process.

The last season was very traumatic, and some fans may even say tragic, for Athletic Club. The team from the Basque Country suffered losses in two Copa del Ray finals – first they lost the belated final from 2020 to Real Sociedad and then they were cleaned by Barcelona in the 2021 Cup final. In the league, Athletic finished exactly in the middle of the standings, which is a solid result for them. As the team that relies only of Basque players, we didn't see many changes in the team and those players that did arrive, arrived mostly from the youth team. 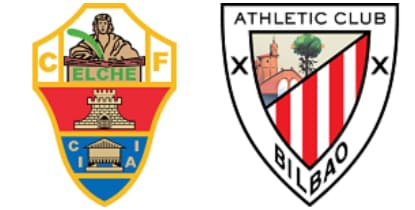