Pyramids to win to nil

This game sees second top take on rock bottom. Will the match play out according to those standings? Find out with our El Sharqia Dokhan vs Pyramids match preview with free tips, predictions and odds mentioned along the way.

Pyramids to win with a clean sheet to boot

First of all, we would like to point out that El Sharqia Dokhan have won just two of 21 league games this season; they are last on the Premier League table, having lost 12 of those 21 games. As a matter of fact, El Sharqia Dokhan are without a win in their last nine games. In contrast, Pyramids have been the best road team in the league so far; they have seven wins in 11 games away from home, with two draws and two losses. It's also fair to point out that Pyramids have one of the best defences in the league; they kept four clean sheets in their last six games, allowing just two goals. All things considered, we believe that Pyramids will win whilst keeping a clean sheet.

It will be a low scoring match

We've mentioned that Pyramids have not conceded many goals recently; in fact, only one team has allowed fewer goals than Pyramids this season. As a result of their solid defence, Pyramids' games are usually on the low-scoring side; five of Pyramids last six games saw less than three goals scored, with three of their last four games going under 1.5. Considering El Sharqia Dokhan scored just 16 goals in 21 league games, we shouldn't expect a lot of goals in this match.

Bottom club El Sharqia Dokhan have their work cut out

Both of these clubs are extremely keen to take three points in this match – albeit for very different reasons. Pyramids are pushing hard at the top end of the table whilst El Sharqia Dokhan – or Eastern Company as they are sometimes known – are fighting to keep their heads above water at the bottom.

Things have not gone too well for El Sharqia Dokhan the past three months; they have no wins in nine games played since mid-March, with four draws and five losses. El Sharqia Dokhan will take on second-placed Pyramids on Wednesday; they'll hope to put an end to their rotting streak with their first win in 10 games.

Pyramids have been one of the best teams in Egypt this season; they are second on the Premier League table, with 13 wins in 21 league games. Pyramids are coming off a 3:1 win against Al Masry, with four wins in their last seven games; they'll look to take all three points against a struggling El Sharqia Dokhan side.

A quickfire FAQ on El Sharqia Dokhan vs Pyramids 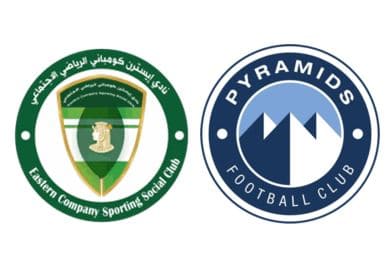