El Salvador and Qatar have never met before. Who will win as they lock horns for the first time? Find out with our El Salvador vs Qatar match preview with free tips, predictions and odds mentioned along the way.

El Salvador vs Qatar: Our predictions

If we were purely basing this match on form, our prediction would probably have just edged to Qatar. After all, they have recorded six wins and a draw from their last seven matches with three wins on the bounce. When you consider that El Salvador played a match less than 48 hours before this match is due to kick off then the Qatar win looks even better value. On top of playing at a bizarre interval prior to this fixture, El Salvador lost as well meaning their own winning run is well and truly over with a draw and a defeat from their last two outings.

Despite El Salvador's recent defeat you have to acknowledge that their defensive displays have been impressive of late. Prior to their 2-1 loss on Friday, they'd gone five games without conceding a goal. Qatar, who haven't conceded many lately either, aren't what you'd describe as an all out attacking force either with just eight goals in the previous five. The two factors combine to suggest the prospect of over 2.5 goals is somewhat unlikely.

So, if you take the time to recap on the first two predictions we've made you'll see we've backed Qatar to win in a match with very few goals. What our thoughts are in a more specific format is that the 2022 World Cup hosts will win 1-0. Qatar have conceded just three goals in their last five matches and have scored a total of one goal in seven of their previous 10 matches.

From odds to stats and more for El Salvador vs Qatar

A tight game that ends in Qatar victory

El Salvador had found themselves in good form before the last couple of matches; the last two games though has seen them struggling for goals as they drew a blank against Guatemala and then only found the net in their last match courtesy of an own goal. They'll need to be better than that against Qatar; that puts an awful lot of pressure on their main goal scorer – David Antonio Rugamas Leiva. He hasn't scored in his last two appearances but had netted eight in the prior five. Qatar will have Al Sadd man Boualem Khoukhi marshalling Leiva whilst their attacking ideas will come from Hasan Al-Haydos and Akram Afif. Given their recent ability to win games in an efficient manner, you wouldn't bet against it – would you? 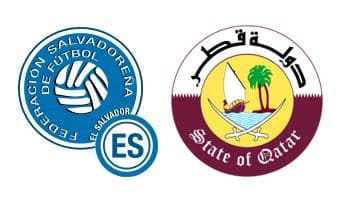