El Sharqia Dokhan are hopelessly bottom right now but a win could change that here. Will they get it? Find out with our El Gouna vs El Sharqia Dokhan match preview with free tips, predictions and odds mentioned along the way.

Eastern Company are coming off back-to-back losses against Al Ahly and Pyramids; they conceded seven goals in those two games, scoring just once. It's fair to point out that Eastern Company are winless in their last 10 games; they've won just two of their 22 league games so far, with seven draws and 13 losses. In comparison, El Gouna have been relatively better than Eastern Company this season; they have three times as many wins as Eastern Company, despite playing one game less. Considering El Gouna won three of their last six home games, we believe they'll take all the points here.

A high scoring game is unlikely

Next, we'll take a look at the over/under goals market; it's important to point out that both teams have averaged less than one goal per game this season. El Gouna scored 18 goals in 21 games, while Eastern Company bagged 16 goals in 22 league games. Additionally, El Gouna have not done too bad defensively, especially recently; they kept two clean sheets in their last three games, conceding just one goal in that stretch. El Gouna's games are usually on the low-scoring side; all of their last four games went under 1.5. With this in mind, we're predicting a low-scoring game.

Can El Sharqia Dokhan move off the foot of the table?

El Gouna's season hasn't been going amazingly well so far and the fact they're only eight points off their basement hosts prove exactly that. If, however, they take three points here they'll pull well clear and move into midtable. Lose though and not only to El Sharqia Dokhan receive a massive boost but El Gouna will be getting nervous.

El Gouna's form has gotten considerably worse over the course of their season; they won four of their first nine league games, but have managed just two wins in 12 games since then. El Gouna will take on last-placed Eastern Company; they'll hope to improve their poor form with a win.

Eastern Company have been the worst team in the Egyptian Premier League this season; they are last on the table, with just two wins in 22 league games. Eastern Company are without a win in their last 10 games; will they be able to halt that unwanted streak against a struggling El Gouna side?

A quickfire FAQ on El Gouna vs El Sharqia Dokhan 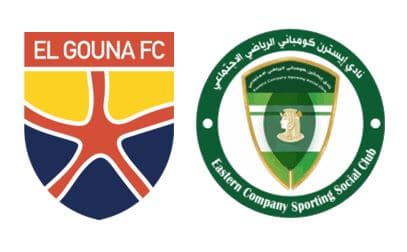