El Gouna currently sit four points behind Al Ittihad but with a game in hand. A win here could be their catalyst to start climbing the league. Will they get the win? Find out with our El Gouna vs Al Ittihad match preview with free tips, predictions and odds mentioned along the way.

Al Ittihad should win – but don't rule out the draw

El Gouna have had their fair share of struggles in recent weeks; they have no wins in their last five games, and they've lost eight of their last 10 league games. Al Ittihad, on the other hand, have enjoyed some relatively better form than El Gouna; as they won two of their last four games. It's also important to note that El Gouna have not done too well against Al Ittihad in previous encounters; they won just two of the last 13 clashes between these two. With this in mind, we're leaning towards Al Ittihad for the win – but a draw no bet is a wise choice.

Al Ittihad have conceded the highest number of goals in the Egyptian Premier League so far; they've allowed 34 goals in 20 league games this season. As a result, most of El Gouna's recent games have been high-scoring; three of their last four games went above the 2.5 goal line, with two of those games going over 6.5. Just like Al Ittihad, El Gouna have had their fair share of high-scoring games; as eight of their last 11 games saw at least three goals scored. All things considered, this will likely be a high-scoring game.

A lower league clash with plenty at stake

On paper, this is a lower league clash that won't attract much attention. Given how the points currently stand though, the result of this game could prove to be a significant one. Who will come out on top as El Gouna and Al Ittihad do battle?

El Gouna's form has gradually gotten worse over the course of their season; they won four of their first nine league games, but have managed just one win in 10 games since then. As a matter of fact, El Gouna have no wins in their last five games, with a draw and four losses; they'll hope to put an end to their winless streak by beating Al Ittihad.

Al Ittihad have had some mixed results in recent weeks; they've won two, drawn one and lost two of their last five games. Al Ittihad will take a trip to the Khaled Bichara Stadium on Friday; they'll fancy their chances against a struggling El Gouna side.

A quickfire FAQ on El Gouna vs Al Ittihad 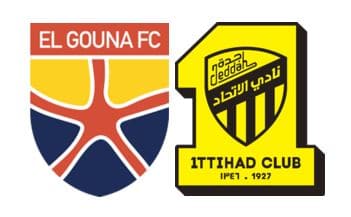