Who will come out on top in this match up between fifth and sixth? Find out with our El Geish vs Smouha match preview with free tips, predictions and odds mentioned along the way.

El Geish have been unstoppable recently; they are coming off three consecutive wins, and have no losses in their last 14 games. However, it's important to point out that El Geish tend to struggle whenever they go up against Smouha; they are without a win in the last eight encounters between these teams, with four draws and four losses. Just like El Geish, Smouha have not lost a lot of games recently; they are unbeaten in their last four league games, with two wins and two draws. Considering four of the last seven clashes between these teams ended in draws, we believe that these teams will be level at the end of this match.

To be fair,  El Geish have had one of the best defences in the league this season; they allowed just one goal in their last six games, only one team has conceded fewer goals this campaign. However, El Geish have no clean sheets in their last five encounters with Smouha; in fact, Smouha scored five times in their last two meetings alone. It's worth mentioning that both teams tend to score when these teams meet; as four of their last five encounters featured goals from both sides. Considering both teams scored in four of Smouha's last five games, we should expect goals at both ends.

Both of these teams are enjoying reasonable seasons but they know things can get even better for them with the crowd above not a million miles ahead. Whichever sides comes out on top here will have a real chance of kicking on for the remainder of the campaign.

El Geish have been on fire lately; they've won four of their last five games, with no losses in their last 14 games across all competitions. It's even more impressive considering El Geish kept 10 clean sheets in those 14 games, allowing just four goals. El Geish will look to extend their unbeaten run to 15 games today.

Smouha have had a good run the past few weeks; they are unbeaten in their last four games, with two wins and two draws. Smouha will visit the Cairo Military Academy Stadium on Friday; they will attempt to snap El Geish's 14 match unbeaten run.

A quickfire FAQ on El Geish vs Smouha 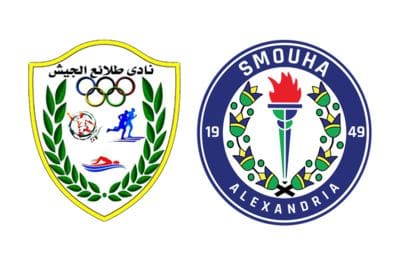