To use wrestling terminology, to really get over as a face – a good guy – you need to be pitted against a believable heel – a bad guy/villain/antagonist.  If you're able to find the perfect mix it helps elevate both people in terms of status and reputation. They go hand-in-hand whether people like to admit it or not.  They may not be dependent or reliant on each other but having that sort of rivalry certainly aids their development.

Pep Guardiola and Jose Mourinho have built legacies in their own right but their rivalry took them both to the next level. In one corner you had Pep Guardiola, the footballing purist who wanted to not only win, he wanted to do with style. Opposing him was Jose Mourinho, a man determined to win no matter what the cost was. It was good vs evil and the media had their main event.

Neutrals bought into the rivalry more than most. One one hand you had Pep's Barcelona playing the definition of total football. As much as you can deserve to win something in football Barcelona deserved to win every competition they competed in. It was a team primarily built using academy graduates playing risky/brave, attacking football. It was the sort of football fans want their team to play. Juxtaposing them was Jose's Inter Milan. While their style was effective it was also ugly in certain situations. Fans didn't want to watch a team stick 10 men behind the ball, make cynical fouls and waste time from the first minute. It was seen as anti-football by the masses.

There's no right or wrong way to play football but at the end of their careers both managers and players are judged on what they've won, not how they did it and that should be remembered. 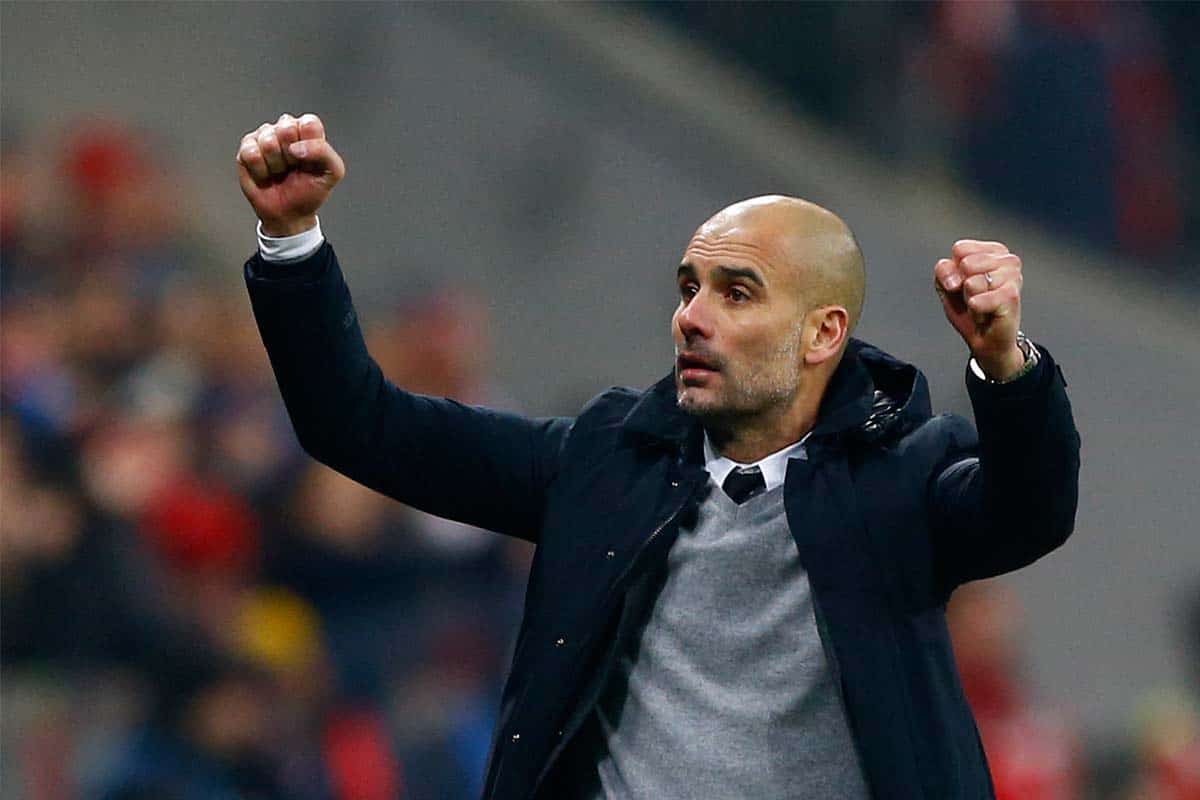 Since Pep's appointment as Barcelona manager in 2008 the landscape in football has dramatically changed. He didn't come in and reinvent the wheel, no, instead he took what teams had been doing successfully for years and turned it right up to 100.

Instead of his team closing the odd man down which was the norm at the time he would set it up so the entire team would press the opposition to regain possession as quickly as possible. It was like watching a pack of lions take down an animal.

He noticed if you circulate the ball quickly it was harder for the opposition to get set and defend. Barcelona, Bayern Munich and now Manchester City all move the ball side to side a lot quicker than other teams. It's all one/two touch football as they look to create space and it pays off.

He encouraged his players to drift from their starting positions. Formations aren't there to adhere to when you're in possession when the tactics rely on fluid and interchangeable movement. Pep bought into this so much he coined the term ‘false 9' and used then wide-forward Lionel Messi as a lone striker but there wasn't much emphasis on him playing off the shoulder of the defenders, he was there to drift and drag the centre-backs out of possession. Now many teams use the false 9.

Pep identified the importance of having a goalkeeper who was capable and comfortable with the ball at his feet. When the team builds from the back your ‘keeper is the extra man and it helps create space when players press him. Similarly, when Pep's team was pressing the defensive line would be high and they'd be heavily reliant on the ‘keeper sweeping in behind. 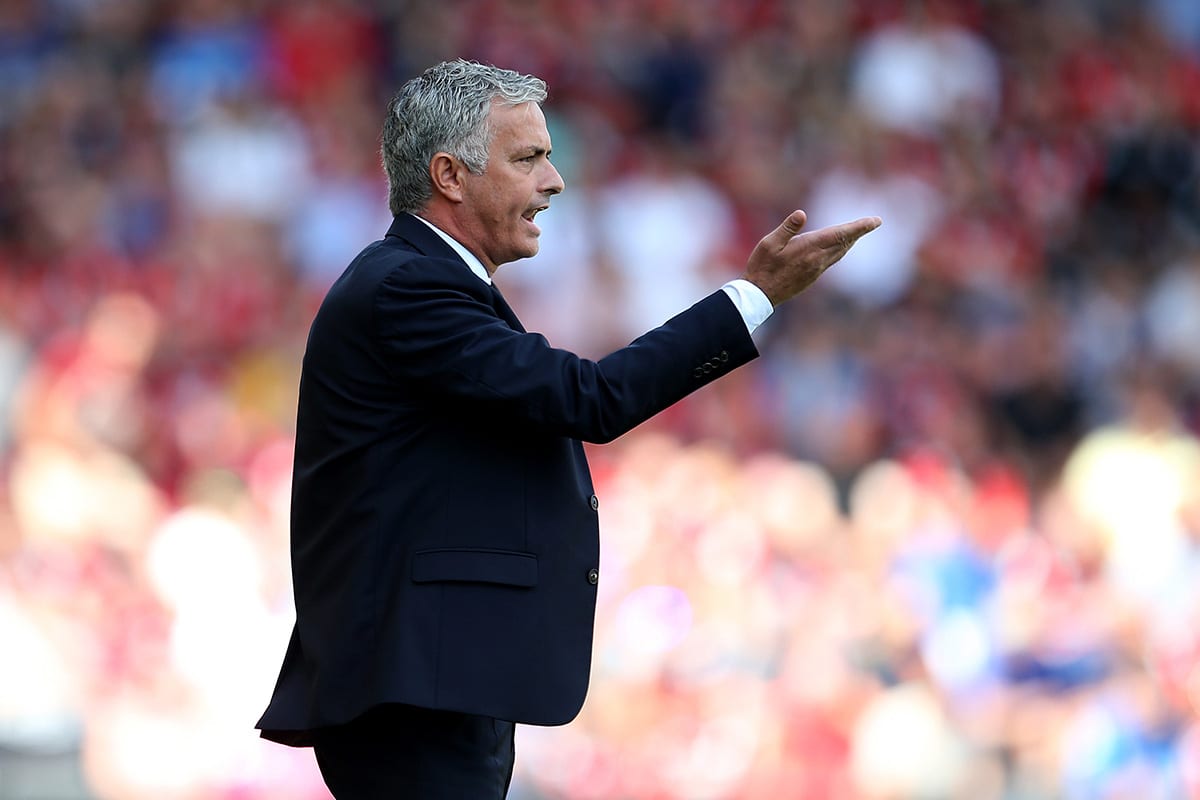 When Jose was the assistant at Barcelona he coached the B team and he was an attack minded coach. Similar in many ways to Pep when he was there. However, he adapted and realised life isn't always fair, you can play the prettiest football ever and come away as losers. It doesn't guarantee wins.

If you don't concede you can't lose. It's simple but it's true.

Mourinho is smart enough to know when to pick and choose his battles. Unlike Pep he doesn't try to push his style onto the opposition in every single game. He tweaks the instructions of the players depending on who his team are up against. If the opposition are comfortable on the ball then Mourinho's team look to frustrate them.

People may frown on this but why would you play to the strengths of the opposition? If a team is an attacking juggernaut it's suicide to attack them and leave space for them to exploit.

His teams are built on hard working players who tend to have that game-winning potential. However, he isn't one to accommodate luxury players in his line-ups and if they're not disciplined in their roles he doesn't take the risk and he removes them from the thought process.

His formation hinges on the players following the strict tactics. There can be no passengers in a Jose Mourinho line-up.

The blueprint for a Jose Mourinho team seems to be an energetic midfield that protects his centre-back pairing and goalkeeper. He likes quick players in wide areas and he likes a striker who is able to keep the opposition's defence occupied single-handedly.

While there are a lot of differences between the two styles there are also some similarities. Both managers are meticulous planners, almost obsessive, with great tactical nous, both are innovators and both know how to get the best out of their players. Both systems require a lot of discipline, Pep's needs patience compared to Jose's structure needing the discipline to succeed.

Pep's style is organised chaos whereas Jose's is methodically planned. Both are just as effective. But whereas Pep gets plaudits for his innovative ways Jose is lambasted for taking what's seen as the coward's way of coming to disrupt play instead of looking to win when it couldn't be further from the truth.

Both are art forms in their own right but whereas one's loved the other is loathed and a lot of it is down to the media narrative. Jose's 1-0 wins don't make good TV but if you're looking to be educated his tactics are just as fascinating as Pep's. They’re both at their finest when they're pitted against one another as you only then get to see the value of both tactical set-ups.

Manchester City came up trumps in the first Manchester Derby. The match itself was one of the better derbys of recent memory with it being end to end throughout. It was ironic that the opening Manchester City goal came from a long ball up field that the striker flicked on and De Bruyne was following up the play.  City were forced to go long because United were pressing man for man high up the pitch. Mourinho's teams aren't usually so easily undone and It's not something usually associated with Pep but it turned the game on its head. United had to attack and City were comfortable allowing the home side possession before hitting them on the counter. It goes to show even though both managers have favoured styles they're both confident enough to switch it up when necessary.

Since the first derby both teams have had varied results. United were humbled 3-1 by Watford but romped home to a 4-1 win against Leicester City. They pressed Jurgen Klopp’s Liverpool into a 0-0 draw at Anfield but lost 4-0 to Chelsea. It’s a cup match so Jose can’t go looking to draw the game. Manchester City, on the other hand, started the season well and after a win against United they thrashed German side Gladbach 4-0. But their season has unraveled a little lately with losses to losses to Spurs and Barcelona and draws against Celtic, Southampton and Everton leaving the Citizens winless in 5.

It’s a game neither manager can lose so will both move away from their stereotypical tactics to spring a surprise on the world?