The Polish football league named Ekstraklasa is an exciting competition which sums up which Polish side is in the best form. In this article, we will provide you with the necessary information to place a bet on Poland's first tier of professional football.

For the sake of gist reading, we compile all of our Ekstraklasa betting tips in a single place. If you are keen on getting more information about our predictions make sure to scroll down below.

Note that the odds are subject to change, so pay close attention when placing your final bet.

Outright betting on the Ekstraklasa 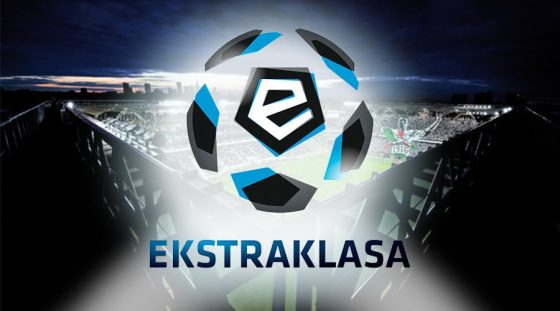 The Polish league is well underway now, so we can see how is the squads' current form and evaluate our outright picks. It's important to mention that Poland's top-flight is often quite one-sided with several teams taking over and dominating for a period of time. Right now, the club in charge is Legia Warsaw which has won 6 out of the last 8 editions of this competition, including the latest from the 2019/2020 season. Also, Legia is tied in the first place with Ruch Chorzów and Górnik Zabrze with 14 Ekstraklasa wins. If they manage to triumph in the current campaign, they will break the standing from 1988 record, which is something that definitely gives extra motivation. Now that you are familiar with the context we may continue.

Bet one: Legia Warsaw to win the Ekstraklasa

Betting on the undeniable favorite is a great opportunity, especially with the not-too-shabby odds of 2.00. Paired with being on the verge of becoming the most successful club in Poland, we believe that Legia’s chances are through the roof. However, you should take this with a grain of salt, as currently there are two other teams closely trailing by. One of them is the newly-promoted Rakow Czestochowa, which has been impressing everyone, however being a lesser-tier side, they will likely run out of steam pretty quickly. With over 20 games remaining experience and consistency will be of great importance – something which Legia relies on.

Bet two: Slask Wroclaw to finish in the top 3

Slask has been a recently upcoming side. After winning the Ekstraklasa in 2012, their performances sort of dropped, especially during the 2016/2017 and 2017/2018 seasons when they recorded 11th place finishes. However, their new manager Vitezslav Lavicka seems promising after ranking his side in 3rd place last year. In the current campaign, Slask looks mighty fine and given that they are considered as an underdog for a top 3 finish, the odds of 8.00 provide a serious potential.

Pogon Szczecin currently ranked third boasts with the best defense in the Ekstraklasa. Although their offensive play isn't the highest-scoring in the league, their goal difference sure is the best. If Pogon is to keep up this record, we might see them contest Legia’s first place. However, at the current pace with which the club is going, Pogon seems like the most plausible second-place finisher.

Glancing at the statistical data, it’s easy to point out that the Polish Esktraklasa is a league of big numbers. The games played in this competition tend to see a lot of goals being scored, with both teams scoring on the regular. Zaglebie Lubin has had a BTTS – Yes bet hit in 10 out of 14 games so far this season which sums up to 71%. When it comes to Over 2.5 Goals Podbeskidzie Bielsko Biala has had that happen in nearly 80% of its games. What about corners? When it comes to corners there isn’t a single side that has less than 9 corners on average in its games. Lech Poznan are on top of this table with 13.5 corners on average per game. Now that you have these stats, you can place a bet that will have a high probability of winning.

Bookmakers to bet on the Polish Ekstraklasa

Bet365 is one of the most respected bookies in the world. It is safe and secure, with live support all around the clock. On top of that bet365 provides several outright betting markets for the Ekstraklasa and not only.

Another great sportsbook, which offers its clients captivating odds. Unibet’s headquarters is in Malta as well as their license, which means that you can enjoy their services in most countries around the globe, including UK.

888sport is a reliable brand that has a larger selection of betting markets than most other bookies. It is available to users in almost every region in the world and attracts new bettors with its wide variety of wagers with appealing odds.