With the January transfer window about to close, we take look at some of the moves that are worth keeping an eye out for ahead of the 11pm deadline on 31 January.

It’s hard to see a future for Ross McCormack at Villa Park.

The 30-year-old only joined Aston Villa in August for £12million, but he is out of favour with Steve Bruce.

Earlier this month, Bruce came out and criticised the former Fulham man for continually missing training, adding he was nowhere near fit enough to play and be involved.

The Daily Mail says Villa are so desperate to get rid of McCormack they are willing to pay half of his for £45,000-a-week contract.

Norwich were after the striker last season, but were beaten to him by Villa – they’re at 1.6 on our index to sign him – but maybe another club will come in for a striker proven at Championship level. 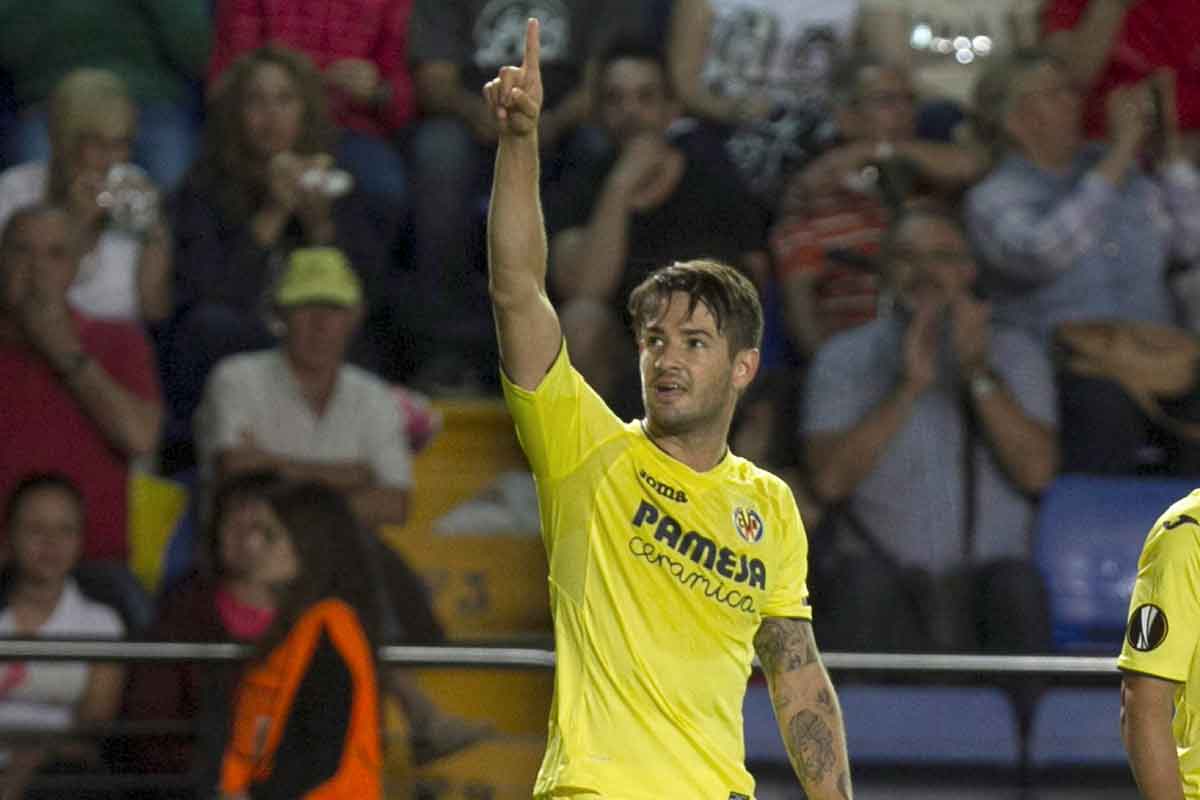 Villarreal look like they are going to lose striker Alexandre Pato only half a season after signing him.

The 27-year-old said he wanted to prove himself in Europe and after scoring five goals in 22 games for the Yellow Submarine, it looks like his time in Spain is over.

He was pictured wearing the Tianjin Quanjian t-shirt after travelling to Italy to meet the Chinese side for pre-season.

Pato will reportedly join for £15million and it is thought he will get £5million in wages each year, and at 4.7 on our index, it’s a deal we expect to go through. 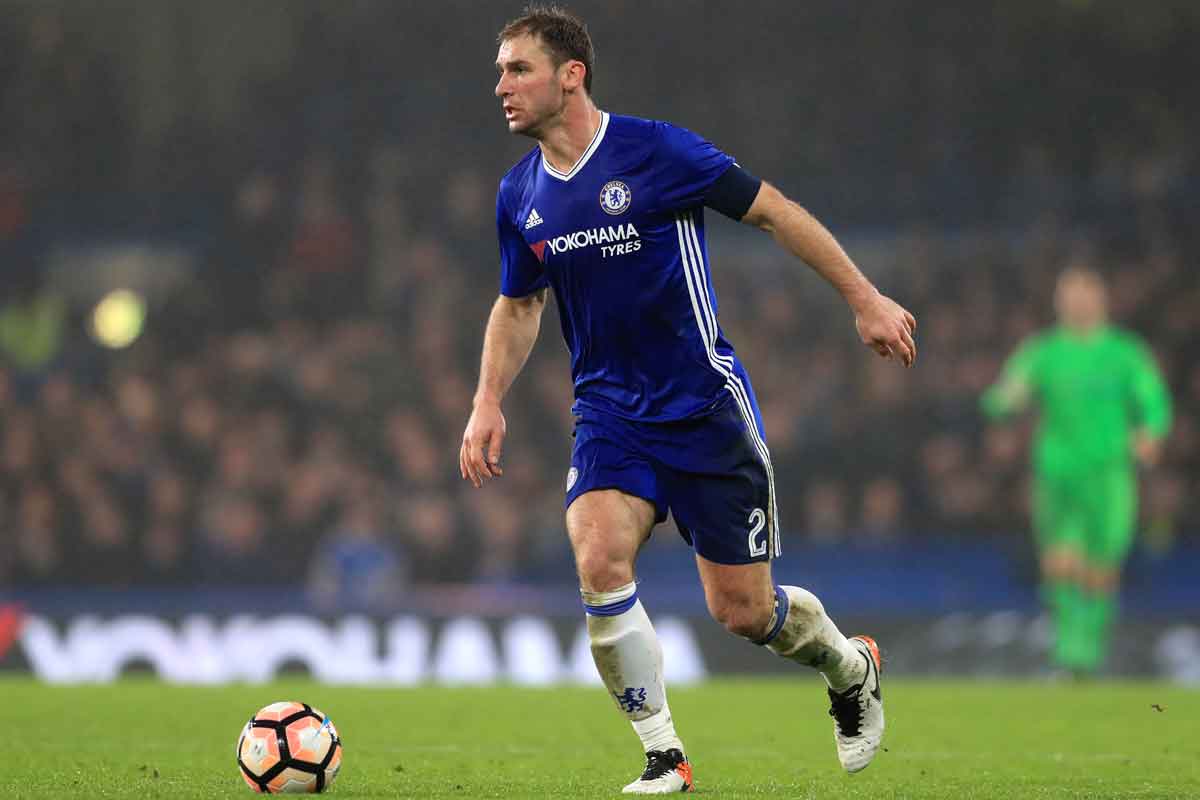 After nine years at Chelsea, it looks like Branislav Ivanovic’s time at Stamford Bridge is over.

He has been heavily linked to Zenit St. Petersburg, and the Daily Mail says he is close to agreeing a three-and-a-half-year deal with the Russian side, and we rate a move at 4.2 on our index.

Antonio Conte has opened the door for a move away for the Serbian defender.

“Ivan deserves great respect for his career at Chelsea. He won a lot with this team,” he said.

“When one player has the habit to play every game and it happens that you are not playing regularly, it’s not easy to accept this decision.

“Ivan knows well the situation and I’m pleased if he remains here, if he stays with us. But in this situation, for sure, the player must make the best decision for him, for his family.”

He won’t be going to West Brom though, with Tony Pulis ruling out a move. 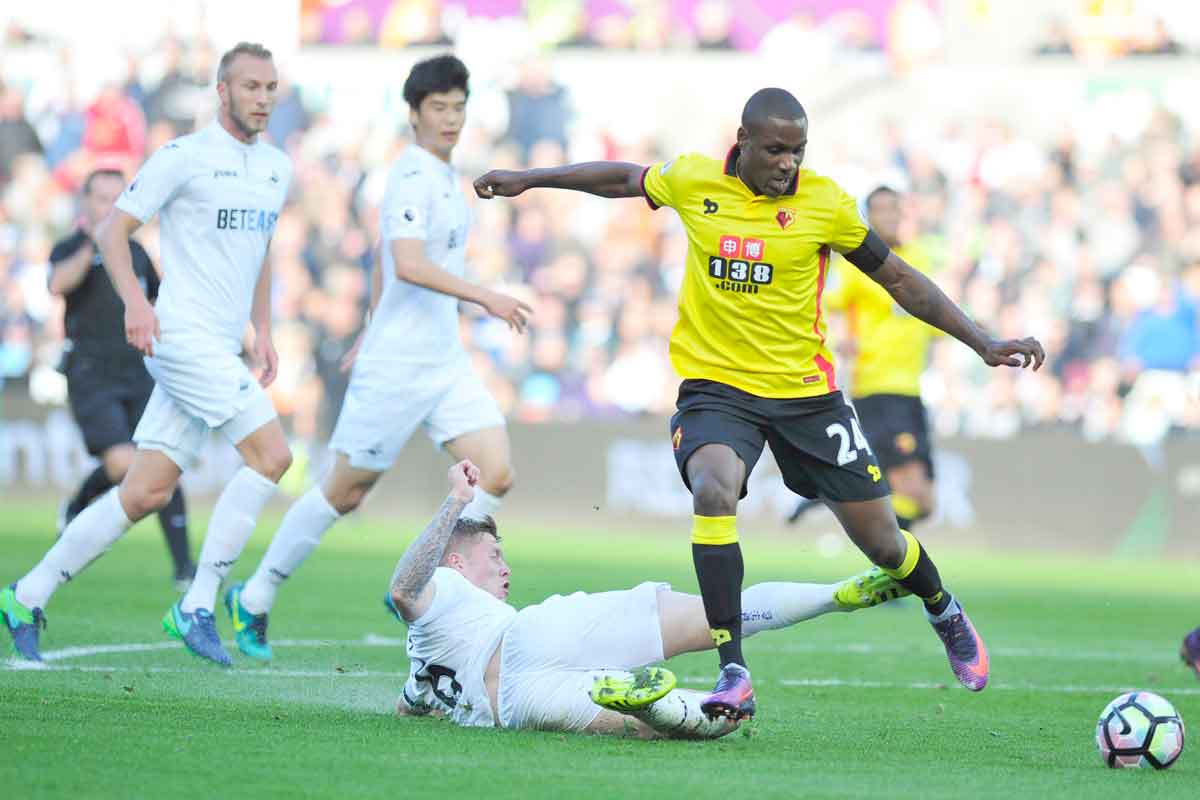 Watford have brought in M’Baye Niang and Mauro Zarate in January and pushed Odion Ighalo closer to the exit door.

And Hornets boss Walter Mazzarri says the former Udinese striker can leave after his form nosedived this season.

He said: “Ighalo you know better than me has always been a very important player for this team.

“But there are times when a player can end their time with one club and take a decision on their career.”

The 27-year-old Nigerian may find himself playing against Pato in the Chinese Super League.

Watford turned down a bid from China in the summer and we rate a move to Shanghai Shenhua as the most likely option for Ighalo at 3.0.

The Chinese Super League side have been linked with a £27million bid to bring in Ighalo to partner Carlos Tevez.

But they could face competition from Changchun Yatai, who the Daily Mail say are also interested in Ighalo – we rate that move at 1.3. 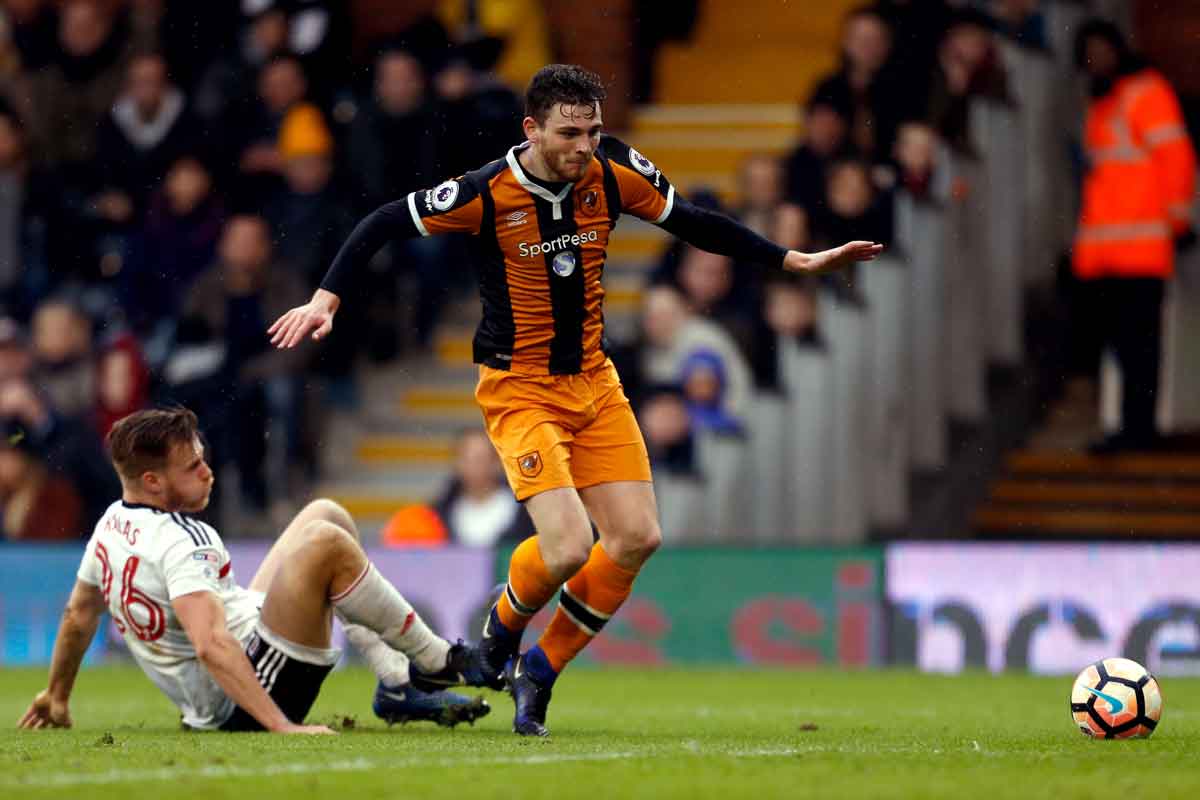 The Bleacher Report’s Dean Jones says Burnley have made a bid of £10million for Hull left-back Andrew Robertson.

Burnley closing in on Hull full-back Andy Robertson, a £10m offer to be accepted

And if the Tigers find a replacement for Robertson, it looks like they’re willing to sell.

The Allam ownership regime is not afraid of selling Hull’s key players, with Robert Snodgrass and Jake Livermore already leaving the KCOM Stadium this transfer window.

And Burnley are in for a left-back – they tried to bring in Yuto Nagatomo earlier this window without success.

Robertson’s Burnley move is at 2.7 on our index. 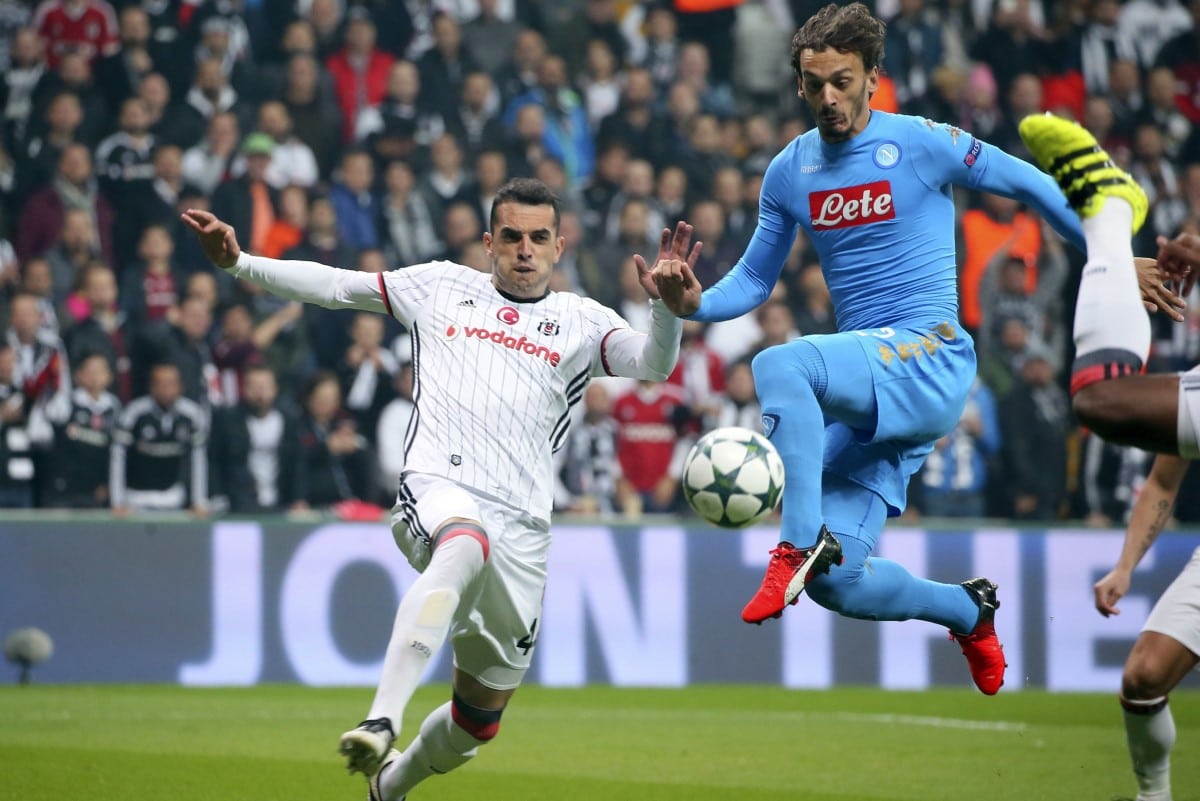 Southampton are reportedly close to agreeing a deal for Manolo Gabbiadini.

Sky Italia say the Saints are closing in on a £17million move for the 25-year-old forward.

He is thought to have been offered a four-year contract at St Mary’s.

With Charlie Austin injured, Claude Puel wants to bring in a striker and Gabbiadini has fallen down the pecking order at his current club. 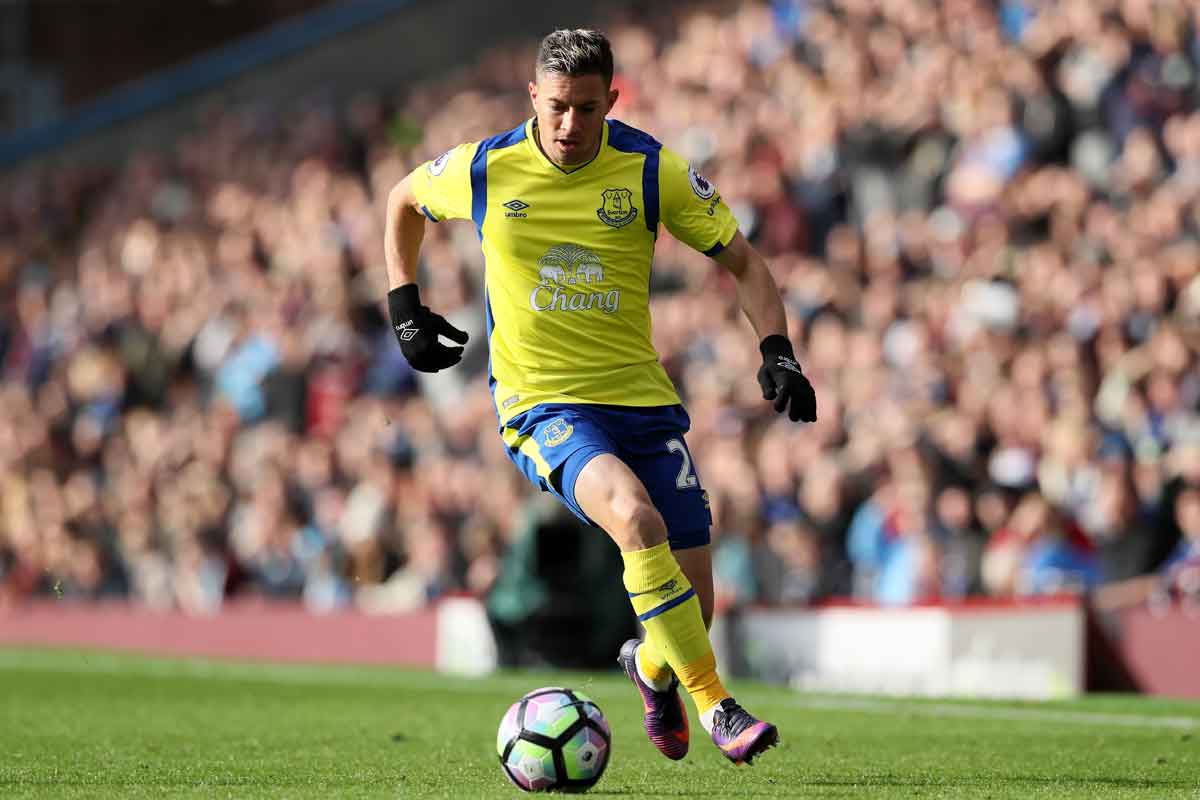 David Moyes is already surrounded by players he has managed before to the Stadium of Light — he has seven there in Victor Anichebe, Adnan Januzaj, Joleon Lescott, Donald Love, Paddy McNair, Steven Pienaar and Jack Rodwell.

And he looks set to bring two more in from his Everton days in Oviedo and Gibson.

The Times say the duo will have medicals today before completing a move.

Our index has them at 4.5 and 4.4 respectively to join Sunderland.

With Patrick van Aanholt now a Crystal Palace player, bringing in a left-back was clearly a priority for Moyes, so Oviedo’s arrival in particular is no real surprise.