July 1 is one of the most underrated days in the football calendar. Standard European contracts have come to an end 24 hours prior and players are now free agents, able to open talks with any prospective employers.

As ever, there are a number of big names entering the market without a club this summer. In the age of extortionate transfer fees, picking up a genuinely quality addition for minimal outlay – players usually demand higher salaries, signing-on fees and bonuses in lieu of a transfer fee – is an opportunity not to be missed.

So, with that in mind, we've assessed eight big-name free agents who could pitch up at your club this summer… 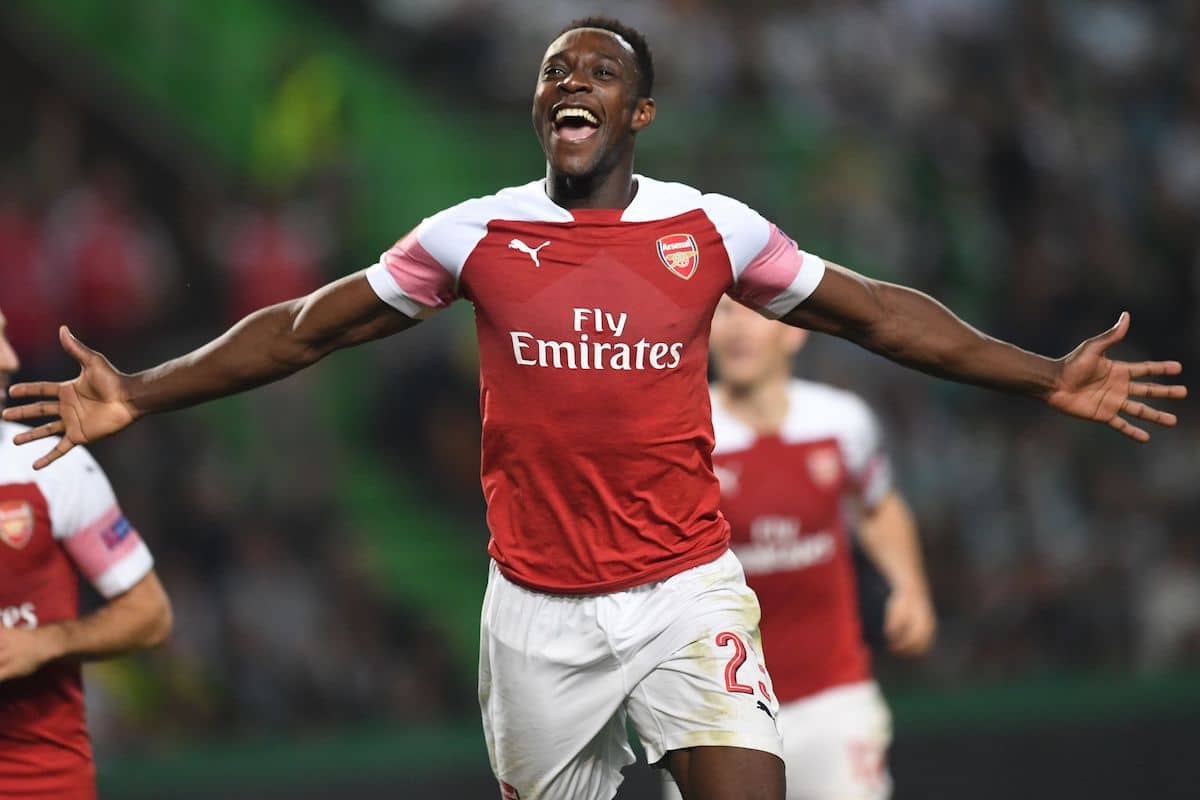 A few years ago it would have been inconceivable to imagine the England international being out of work. A staple of Roy Hodgson's Three Lions, Welbeck's ability to play as a No.9 or wide on the left made him an integral part of the national side between 2011 and 2014.

But a lot has happened since then. Still only 28, Welbeck endured an injury-plagued five years at Arsenal, managing just 46 Premier League starts and never more than 18 in a single season. He registered five goals for new Gunners coach Unai Emery last term before a broken ankle suffered against Sporting in November ended his season and Arsenal career.

A diligent and versatile player who can run at players, score goals and put in a defensive shift, Welbeck will be a good free agent pick-up for a Premier League club. Just don't pin your hopes on him staying fit all season.

Could end up at: Everton, West Ham United, Leicester City

It came as a surprise when Alves announced he would leave Paris Saint-Germain at the end of his contract. After two years in the French capital, the Brazilian full-back appeared to be one of the dressing room leaders at the Parc des Princes and a close friend to superstar Neymar.

However, the 36-year-old will pack up his extensive medal collection, which currently stands at 44, and take his one-man show to another club this summer. Alves reportedly offered his services to former side Barcelona without success but he won't be free for long.

He won't start every week these days but you suspect there is a top-level club in need of some right-back cover and/or a ‘good character' – see his, ahem, colourful Instagram for evidence.

Could end up at: Manchester City, Inter, Sevilla or back home in Brazil 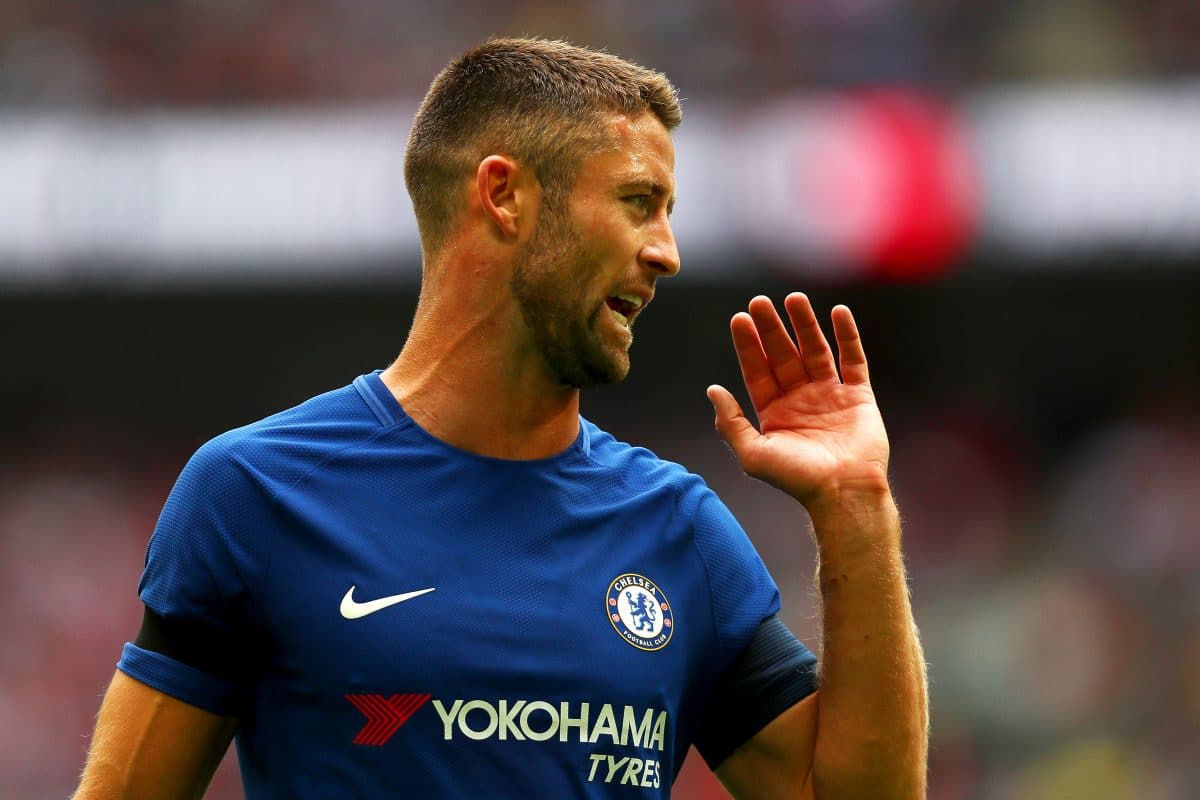 A great servant to Chelsea, Cahill did not deserve the treatment he got in his final season at Stamford Bridge. Afforded just 21 minutes of Premier League action, the 33-year-old's total breakdown in relationship with coach Maurizio Sarri was indicative of why the Italian had to leave the Blues.

Most Chelsea fans would concede the centre-half was on the decline in Antonio Conte's final season at the Bridge but there is still a useful Premier League defender in there and a leader to boot. Cahill reportedly turned down January moves to Fulham and Juventus in order to finish his time at Chelsea.

A Premier League switch seems most likely this summer – ideally to a club where the former England international can play alongside a more mobile central defensive partner.

Could end up at: Crystal Palace, Aston Villa, Sheffield United 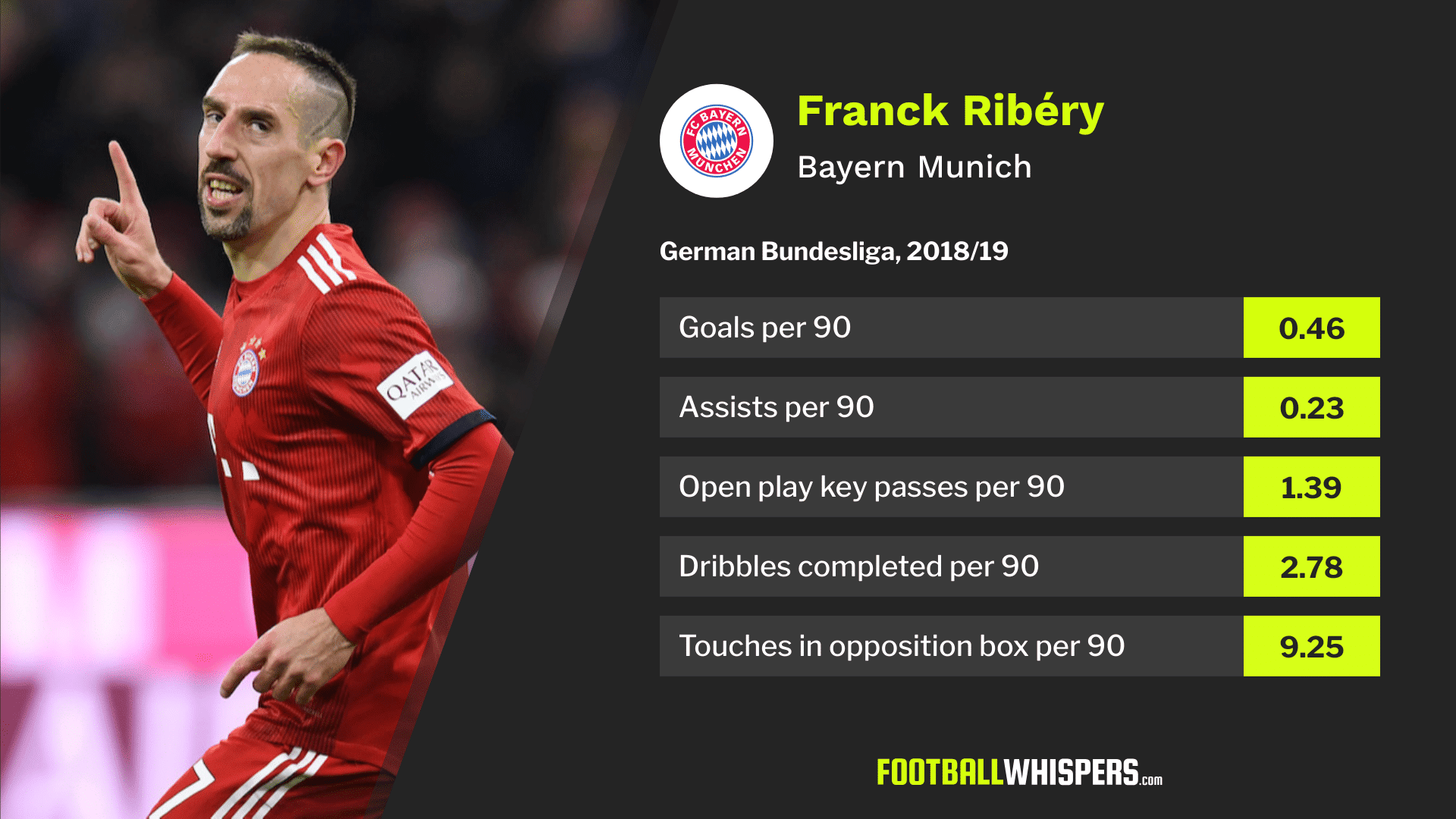 It was the end of an era at Bayern Munich this summer as, after a decade of tearing opposition full-backs to shreds, Ribéry and wing-mate Arjen Robben left the Bavarian giants for pastures new.

The former France international, 35, has surprisingly been linked with Premier League new-boys Sheffield United. And while a crack at another major European league might be appealing, one suspects Ribéry might not fit the Yorkshire side's wage structure.

While his best days might be behind him, Ribéry still bagged seven goals in 38 appearances in all competitions last term and feels he has two seasons left in him.

Could end up at: A Turkish Super Lig, Chinese Super League or MLS club 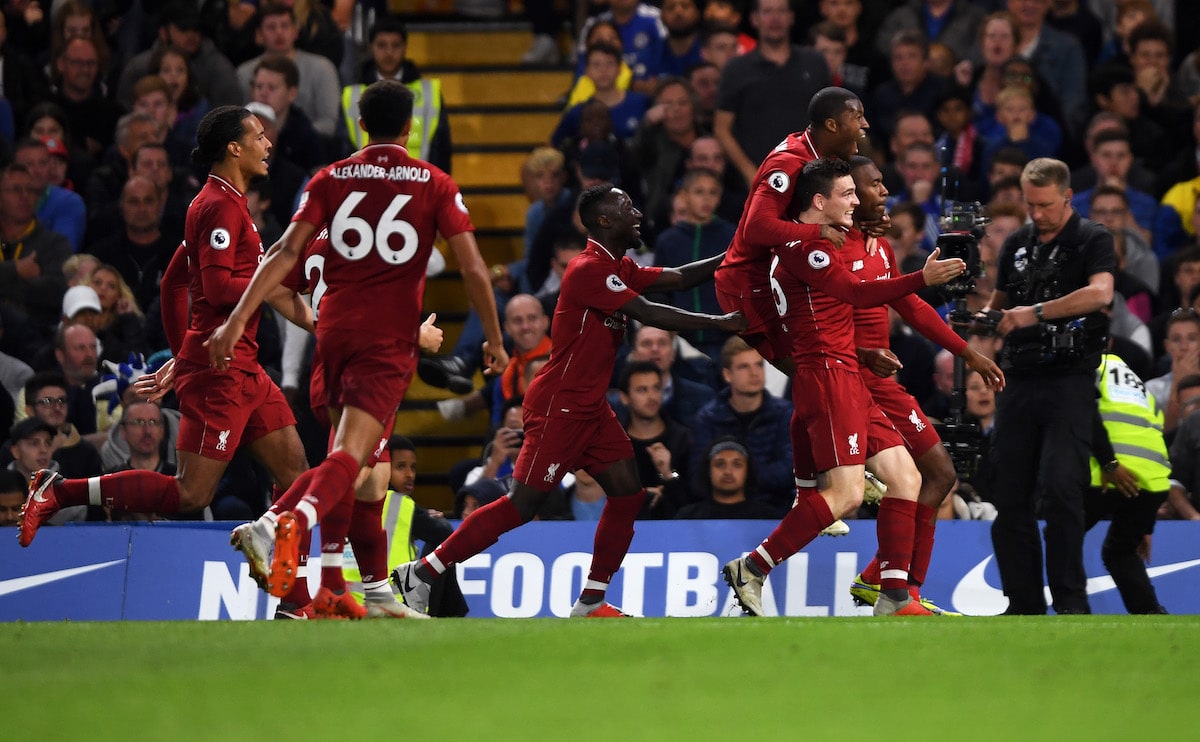 One of the stars of the Liverpool side of 2013/14 which came within touching distance of their first league title since 1990, scoring 21 times, Sturridge has never been the same since thanks to a string of injury and fitness problems.

In the five seasons since, the 29-year-old has only reached double figures for league starts once. In total, he's racked up just 36 starts including a goalless loan spell at West Bromwich Albion.

A peripheral figure at Anfield last season, his departure was inevitable. Yet in scoring a stunning equaliser at Chelsea early in the campaign he showed his quality is undiminished.

There is a player there for someone, it's just a case of getting him physically right.

The maverick midfielder has had a strange time of it since leaving the Premier League in 2015 after a short-lived spell with Hull City. After restoring his reputation by shining for Nice, where he hit 17 goals in 34 Ligue 1 appearances, he earned a move to Paris Saint-Germain in 2016.

Yet Ben Arfa's face never quite fitted at the Parc des Princes and he made all of his 34 appearances for Les Parisiens in his first season in the capital. Banished to the reserves, the former France international sued the club for loss of earnings, describing his treatment as ‘discrimination and workplace harassment'.

He joined Rennes on a two-year deal and got his revenge in the Coupe de France final as his new side overcame PSG. Still, he left this summer and still has something to offer – even at 32 and with a history of injury issues.

Could end up at: Any smaller Ligue 1 or Premier League side 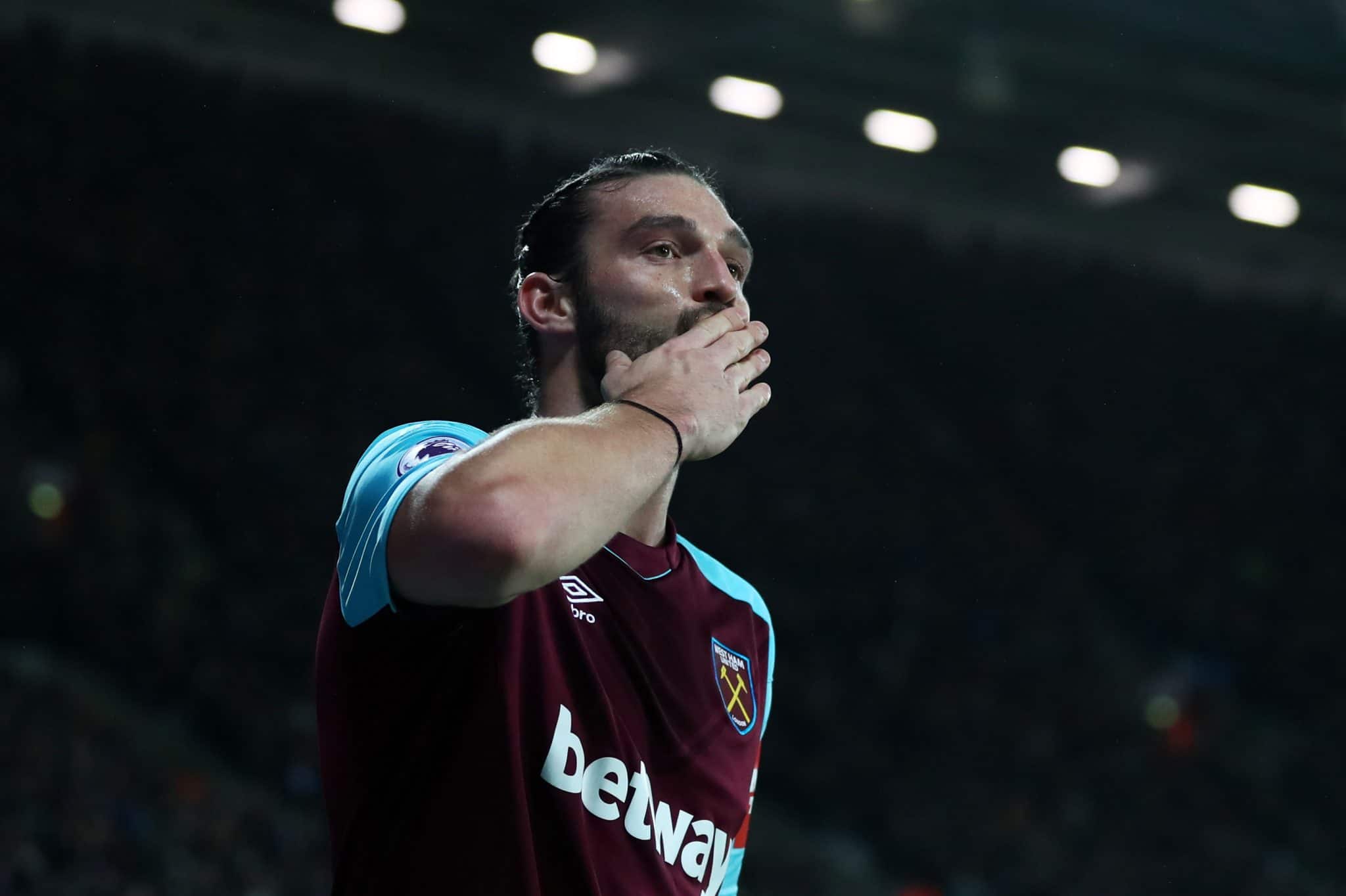 Once Britain's most expensive footballer at what now seems an even more mind-boggling £35million, the Geordie goal-getter is another who has been besieged by injury problems, managing just ten Premier League starts in his final two seasons at West Ham United.

Not since his first year with the Hammers has the former Newcastle United and Liverpool target man made 20+ starts, while he has failed to reach double figures for goals since 2011.

Only 30 and possessing a near-unique skillset, Carroll could be a bargain for someone. But whoever signs the former England international would have to do so on a pay-as-you-play deal. His injury record dictates as much.

Could end up at: Newcastle United, Burnley, or the next team managed by Sam Allardyce