This is a comprehensive preview of the Olympics group C match between Egypt and Spain at the Sapporo Dome. Both teams come into the game with different sets of expectations and this preview hopes to cover every blade of grass regarding this game.

Egypt U23 vs Spain U23 – Olympics Betting Tips & Predictions

Egypt have made it to the competition after a strong 3-0 win over South Africa in a friendly match. Spain, meanwhile, have an extended period of poor form with the latest game for the national team ending as a 1-1 draw with Japan. This friendly took place only on 17th of July.

Spain are strong favourites to win this game, but their recent form is not so great. Egypt may be wanting to prove that they are not here to just make the numbers. The Egyptian side has also shown a lot of form in recent games. Even if they are not offensively great due to the absence of players like Salah, one can expect a solid defence. For this reason, going with a draw makes a lot of sense in the risk reward segment.

Egypt might have scored plenty of goals in recent games and the latest friendly against South Africa, but repeating the same against a talented Spain outfit is a different story. The likely approach from Egypt will be defensive in nature and this will ensure that they have a decent start to the tournament.

Spain to score under 1.5 goals

The Spanish national team has been struggling for goals and the U23 team is no different. After a disappointing 1-1 draw in Japan, Spain have to be very clinical to score a handful of goals in this first group match. Since form may not play a huge role in the game, Egypt will be stern in defence. This can contribute to less than 1.5 goals from Spain.

Top Betting Odds and Stats for Egypt U23 vs Spain U23

Egypt U23 vs Spain U23: Olympics Match Preview

Egypt come into the tournament with low expectations, as many stars like Mohamed Salah are available in the squad. Egypt have decided to go with a low-key squad with many players coming from the Egyptian national team. This could actually work in favour of Shawky Garib’s team.

Directly opposite to Egypt’s policy, Spain come into the Olympics with a star-studded squad. The likes of Asensio, Ozarzabal, Torres, and Pedri have already Spain as one of the teams to watch in this tournament. Many of the Spanish players also had an excellent European Championship tournament only a few weeks ago. The biggest problem for coach Luis de la Fuente will be tiredness.

Questions about Egypt U23 vs Spain U23 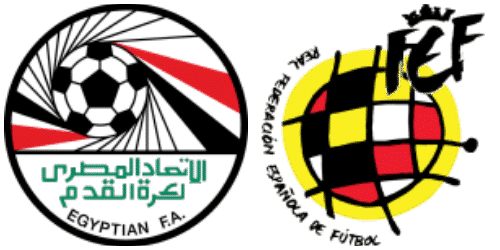 Which team is the favourite to win? Spain U23