It might only be early July but the League Cup gives teams a chance to build early season momentum. Who will get off to a winning start? Find out with our Edinburgh City vs Hamilton Academical match preview with free tips, predictions and odds mentioned along the way.

A surprise win for Edinburgh City

Hamilton Academical did not have a very good season last year as they suffered relegation; they ended the campaign on an utterly woeful run as they managed just a single win from their last 10 games. Edinburgh City, however, finished runners up in their league before suffering a bitterly disappointing playoff defeat. They do at least know what it feels like to win games, which Hamilton Academical might not remember all too well. Backing Edinburgh City to win is definitely a more ambitious tip but the odds offer value for sure given what confidence levels inside each camp are likely to be.

A quiet game for keepers

Our two predictions to this point have back a game lacking goals and a Edinburgh City win. Our correct score tip goes one level further than that as we predict Edinburgh City to run out 1-0 winners. It's not complete guess work though. They've won four of their last 10 matches with all of them coming to nil with three of the four ending 1-0. Hamilton Academical have fallen to 1-0 defeats twice in their last five outings.

Odds and more for Edinburgh City vs Hamilton Academical

A shock win to get the campaign up and running

Edinburgh City had a good season last year and play off disappointment shouldn't hide that. They had a tough end to the season as they faced some of the best sides in their league but still managed to lost just once in their last four games. For Dundee United, their season was an utter disaster. They'll be looking for better in the new campaign but losing games can easily become habit. A win here would be huge for the confidence of either side. 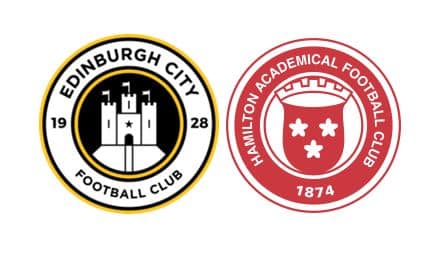