On paper, Kilmarnock should get off to an easy start. Football isn't played on paper though so the question is, will they? Find out with our East Kilbride vs Kilmarnock match preview with free tips, predictions and odds mentioned along the way.

Leading at HT, Winning at FT

let us be honest, this is not going to be a balanced contest. East Kilbride play in the Lowland League, which is the fifth tier of Scottish football. Kilmarnock on the other hand, play in the Championship, Scotland's second tier. That demonstrates the difference in quality between the sides and the fact East Kilbride have home advantage will count for little. Kilmarnock have only won one of their last five but East Kilbride have lost their last two. If Kilmarnock don't score early this could turn into a bad day at the office but we are making the prediction they'll take an early lead and cruise to victory.

East Kilbride will score at some point

With a prediction that Kilmarnock will be winning at HT and FT is would be easy to think East Kilbride might just go through the motions. They won't. The have conceded in seven of their last eight matches but they've also found the net in their last six. Kilmarnock, who aren't in great form themselves, have only kept one clean sheet from their last seven matches. East Kilbride will know they can't shut the backdoor very well so will attack when presented with the chance. It would not be a shock to see them grab a consolation.

It's pretty clear from the first two tips that we think there will be goals in this game hence we're finishing our predictions off with an over 2.5 shout. East Kilbride's last six matches have all seen a minimum of three goals whilst Kilmarnock are no strangers to a goal filled game either; eight of their last 10 matches have surpassed the all important 2.5 mark. Given the recent form on that front of both sides and the gap in quality on the playing staff this bet looks like good value.

All your key info for East Kilbride vs Kilmarnock

A banana skin but one that will be avoided

Neither East Kilbride or Kilmarnock are in very good form of late with both sides winless from their last three fixtures. Depending on your outlook that could be a positive for either side. If you're a Kilmarnock fan, you're saying ‘we're far better than them, time to get back to winning ways' but, by contrast, East Kilbride will see the match as a free hit. Even so, they'll want to keep things respectable. To do that, they'll need to keep Scott Robinson quiet up front and try to manage Liam Polworth in the middle of the park. 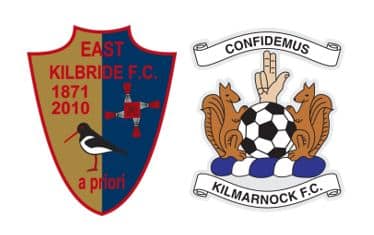