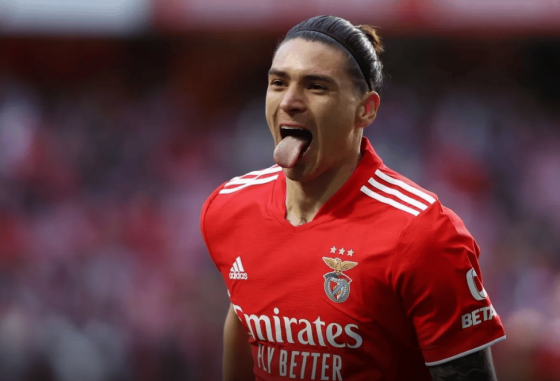 Portugal has long been a fertile hunting ground for predatory clubs on the hunt for football’s next superstar and in a country packed to bursting with savvy market masters, Benfica have been the most prolific peddlers of talent.

Darwin Nunez joined the list of in-demand assets moved on for mega-money by Benfica this summer when he joined Premier League giants in a deal that could eventually cost the Merseysiders €100m.

The Uruguayan had scored a modest 32 league goals across two seasons with The Eagles and though the 22-year-old had plenty of suitors, many in Portugal were blown away by just how much cash Benfica were able to extract from his sale.

However, Benfica have a rock-solid track record when it comes to selling footballers and in the last ten years alone, they have raked in £994.52m from departures. Just under six million more in sales this summer would push that total past the billion-pound park inside a decade.

To honour their unrivalled prowess in the transfer market, we’ve taken a look at some of the incredible sales Benfica have managed to engineer since 2012.

Alongside the sale of promising Belgian midfielder Axel Witsel, Benfica managed to generate £18m for the sale of Javi Garcia to Man City. In terms of incomings, a certain Andre Gomes was promoted to the senior set-up from their B team.

The summer of 2013 delivered an uncharacteristically modest return for Benfica in the market. Indeed, they had to wait until the winter window to move a young Serbian midfielder named Nemanja Matic to Chelsea for £22.3m.

Benfica collected a good chunk of coin from sales in the summer of 2014 with Lazar Markovic’s failed move to Liverpool heading the queue. Other notable exits included Jan Oblak to Atletico Madrid for £14.18m, while Ezequiel Garay was moved to Zenit in Russia for £5.4m. Bernardo Silva also left to sign for Monaco the following January for £14.8m as did Enzo Perez, who joined Valencia for £22.5m.

A year later, Benfica sold nine players with attacker Rodrigo, who is currently with Leeds, the most lucrative departure. Elsewhere, Andre Gomes was also sold to Los Che for £18m, as was current Man City star Joao Cancelo for £13m. The same summer, Benfica picked up a raw keeper from Rio Ave named Ederson.

In the summer of 2016, Benfica broke through the £100m sales ceiling for the first time during the last decade with Renato Sanches’ switch to Bayern Munich accounting for almost a third of that total. Atletico Madrid also paid Benfica £22.5m to nab Nicolas Gaitan, while winger Goncalo Guedes was also sold to PSG for £27m in January. 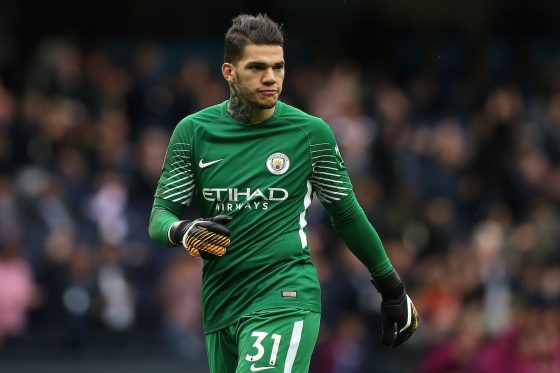 Just two years after they had forked out just £400k to sign him, Benfica flipped Ederson to Man City for a whopping £36m – making him the second-most expensive goalkeeper of all time. During the same window, Benfica sold Nelson Semedo to Barcelona (32.12), Victor Lindelof to Man Utd (31.5m) and Konstantinos Mitroglu to Marseille (£13.5m).

The summer of 2018 was a case of quantity rather than quality and Benfica constructed deals for double-figure departures.  Before hawking Talisca to China in January, Benfica sold Joao Carvalho to Nottingham Forest for £13.5m and Bryan Cristante to Atalanta for £8.55m

Ok, now we’re cooking. Benfica's biggest transfer and Atlético's most expensive signing ever, Joao Felix, moved for mammoth money in early July 2019 and he was swiftly followed out the door by Raul Jimenez (Wolves, £34.20m) and Luke Jovic (Frankfurt, £20.10m). Benfica swelled their coffers even further by selling Raul de Tomas to Espanyol for £20.25m a few months later. 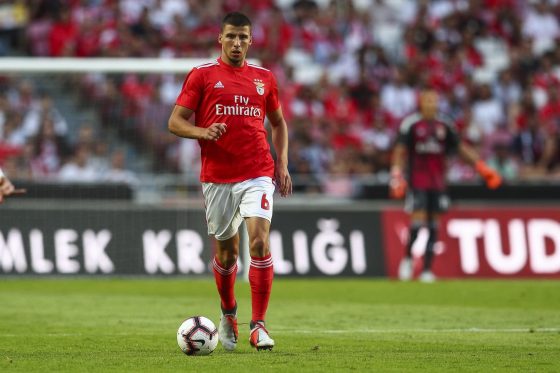 Benfica made just one statement sale in the summer of 2020 when they accepted Manchester City’s £61.2m offer for their outstanding young centre-half Ruben Dias. 2020 was one of the few summers where Benfica actually spent more money than they collected in the transfer market.

Football's finances took a major hit due to COVID-19 in 2021 and the transfer market slowed down as a direct result. Benfica managed to put just over forty million into the bank with Pedrinho (Shakhtar, £16.2m) and Luca Waldschmidt (Wolfsburg, £10.8m) the pick of the bunch

The 2022 summer transfer window has only just opened, but Benfica have already beaten their sales totals from each of the last two years thanks to their deal for Darwin Nunez. Gedson Fernandes and Pedro Pereira have left to Besiktas and Monza respectively, and with more departures anticipated before August, Benfica could be looking at another bumper payday.

Before 2012, Benfica were just as busy as one of football’s most prolific wheeler-dealers. Take a glance at some of The Eagles’ biggest exits since the Millennium.

Portuguese wing-back Fabio Coentrao didn’t really cut it at Real Madrid and he became a bit of a journeyman before retiring last year.

Erratic Brazilian defender David Luiz earned notoriety for the number of big-money transfers he was at the centre of. The 35-year-old currently plays for Flamengo in his homeland following stints in Europe with Chelsea, PSG and Arsenal.

Argentinean winger had a hugely successful spell with Los Blancos before moving to PSG via Manchester United in 2015. The veteran is expected to seal a transfer to Juventus this summer.

Brazilian workhorse Ramires won a Premier League and Champions League title during his spell with Chelsea before he chased the money in China. Ramires had a brief spell with Palmeiras before retiring in 2020.

Simao Sabrosa was a tricky, diminutive wideman who found the step up from the Portuguese to Spanish leagues tough to breach. Simao spent two and a half seasons with Atletico before moving to Besiktas in Turkey.

Nuno Gomes was the poster boy of Portuguese football when he made a big-money switch from Benfica to Fiorentina in 2000. The striker never really lived up to his billing however, and after returning to Benfica in 2002, he posted modest numbers for nearly ten seasons.