Here are our predictions for Dynamo Kyiv vs Barcelona.

Barcelona are having a tough time recently, managing to get only two wins in the last seven games. On the other end, Dynamo Kyiv has won four of their last five games but this season of UEFA Champions League has not been admirable as they are yet to get their first win of Group Stages. While Barca’s only positive result of UCL so far was against their next rivals where they took the lead as 1-0. Barcelona also dominated Bilo-Syn in the H2H meetings, winning all of the last five against them. It would be a tough duel but we predict the visitors will find their lost track with a lead.

Three of the last five H2Hs between the teams have ended by giving a total of over 2.5 goals. Dynamo Kyiv are having a handful of goals and found the back of the net 11 times in the last five games playing in various competitions. Barcelona has eight goals in the same duration. With all said, the upcoming game seems to follow a high-scoring total at the end.

Barca’s attack has been ideal against their upcoming rivals as they have scored in all of the last five duels against Dynamo Kyiv. Both teams have scored in four of the last five games recently. So the match is expected to end with a BTTS outcome. But the host of the coming match was unable to score in the last two matches against Barcelona. So the visitors are likely to restrict their rivals with an expected result of 1-2.

Dynamo Kyiv vs Barcelona: Check out the best odds and the latest stats

The lack of discipline in the team continues to haunt them as they drew their last game against Alves and find themselves at ninth place in LaLiga. Blaugrana are now without a win from the last three matches. The team has won only one game Out of three Group Stages of UCL and are third in Group E. The newly appointed manager Sergi Barjuan will have limited players for selection as nine players are on the injury list ahead of this game.

The team registered the win in their last match against the modest team of the Ukrainian Premier League, Mariupol stayed with the control of the league. But the team needs to be more disciplined for the UCL where they have had two defeats and one draw so far. As their Rivals, Dynamo Kyiv also faces several fitness concerns and five players will not be available due to injuries.

Questions About Dynamo Kyiv vs Barcelona 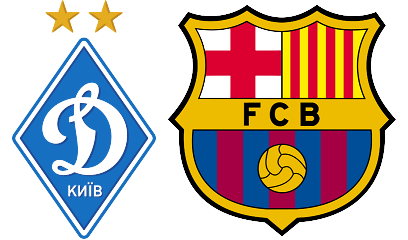 Where is the game being played? NSC Olimpiyskiy Stadium.