Chris Hughton was asked the question almost as soon as the draw was made. Will Brighton and Hove Albion be prioritising the efforts to remain in the Premier League over their FA Cup quarter final tie against Manchester United?

Without hesitation the former Newcastle United and Norwich City boss replied as expected.

“If anything I will look to put out the strongest side that I can to get a result,” he said. I have decisions to make, but I’m also very conscious it’s Manchester United at Old Trafford. It’s one of the toughest games we could have and in any way that we are going to win it we’ve got to put in a performance that will give us a chance.”

Hughton's desire to reach Wembley is understandable, especially as Brighton have significantly boosted their chances of staying in the Premier League in recent weeks.

Despite their 2-0 defeat to Everton at the weekend, Hughton has led his side to three wins in their last five top flight games, which included a landmark home victory over Arsenal. With eight games to play the Seagulls sit 11th in the table, seven points clear of the bottom three.

At the heart of Brighton’s recent good form has been Lewis Dunk and Shane Duffy. The duo have given the Seagulls a solid defensive footing based on an excellent understanding in the centre of the backline.

Both players are contenders for the club’s Player of the Season award, with Dunk even compared to John Terry by his manager.

“In the way John Terry was a mainstay in the Chelsea team, Lewis Dunk is the same here,” Hughton said in December. “There are great examples of John Terry's game that Lewis can learn from.

“I have been here three years now and I have seen the progress and maturity that he has made. He has been the mainstay for us this season. He has been excellent.’

Dunk has impressed to such an extent he has been mentioned as a potential England call-up for this summer’s World Cup. But as a twosome, Dunk and Duffy have been as important to securing Brighton’s survival in the Premier League as anyone else at the Amex.

However, their success comes with a caveat; Brighton have still to keep a clean sheet in 2018. We’re now in March and the Seagulls have now gone nine games in the league without keeping out the opposition.

This is a worry for a team who look light of options in the final third of the pitch. Glenn Murray is carrying the can at the moment, but what if his goals dry up? More clean sheets are needed. 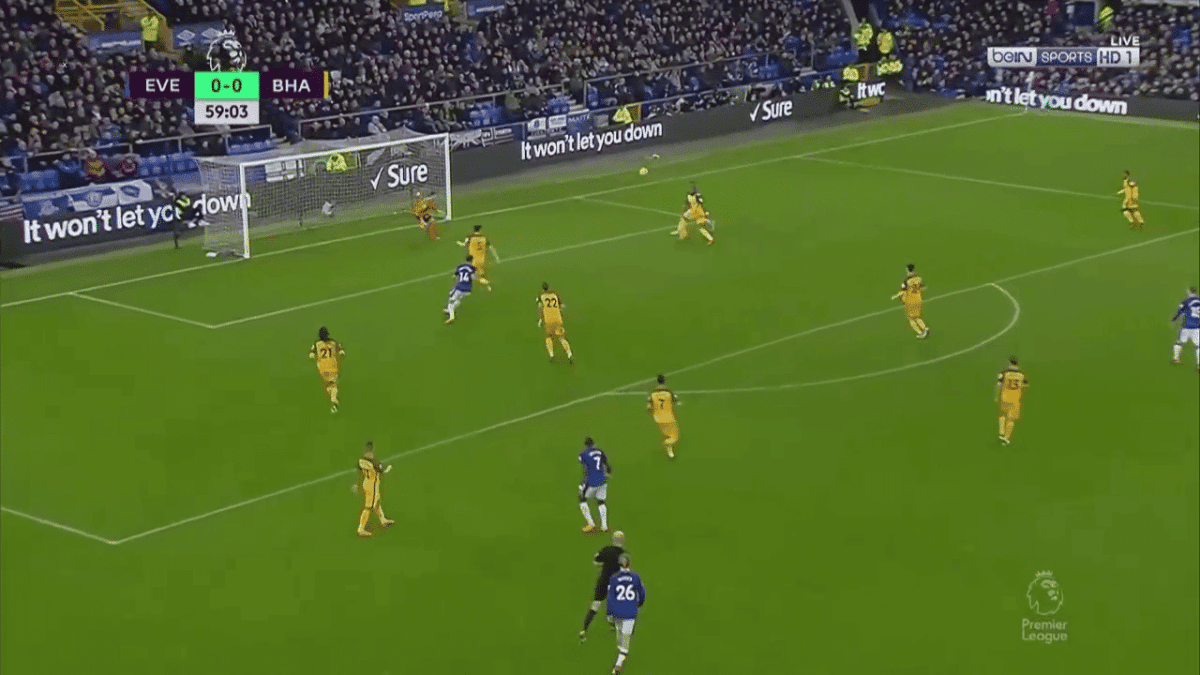 Against Everton both goals were conceded as a result of the full back, in this case Gaëtan Bong getting pulled out of position. He ended up scoring an own goal after losing his man.

Set pieces have been an issue for the Seagulls since the turn of the year, with a large share of their goals conceded coming from this source. They are also frequently slow to close down opponents outside the box, which has resulted in a number of goals conceded from distance. 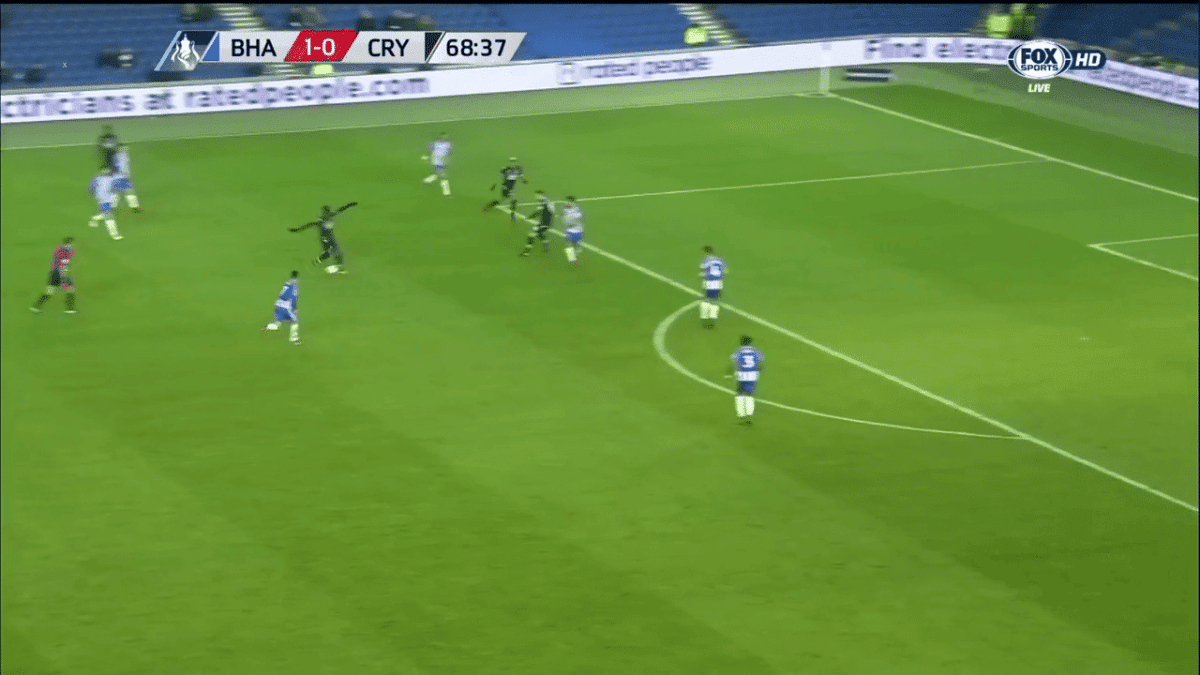 This doesn’t quite correlate with the effectiveness of Brighton's central defensive duo.

In terms of tackles and interceptions, Dunk is prolific, averaging 1.8 per 90 this season. What’s more, he averages 40.4 passes per match, making him Brighton’s third highest passer.

It proves the 26-year-old is the complete central defender, not just comfortable at sticking his foot in but also at playing out from the back when possession has been won.

Aerially Duffy is dominant, as he showed in the win over Arsenal, when the Gunners’ crossing efforts were repelled time and time again by the Republic of Ireland international.

Duffy is averaging 5.4 successful aerial challengers per match, which ranks him among the best challengers for the ball in the air in the Premier League this season – only Ryan Shawcross has a better success rate.

If Dunk and Duffy have a weakness it can be found in their lack of pace. No team's players have been dribbled past more often in the Premier League this season than Brighton (11.6 per game). As a number of opposition sides have found, the duo can be turned easily and that’s where trouble lies for the south coast outfit.

Brighton face two tough away trips in back-to-back games, with Hughton’s side travelling north to face Manchester United in the FA Cup this weekend before taking on Manchester City in the Premier League. This will bring to a close a tricky three-game away stretch which started with the visit to Goodison Park on Saturday.

It’s imperative the Seagulls tighten up at the back over that stretch and until the end of the season.

Brighton claim, on average, just 46 per cent of possession per game, they also average just 10.2 shots on goal per 90 – on both counts, they are among the lowest averages in the Premier League.

Seemingly by designed, Brighton are a defensive team. And while they have a solid base in Dunk and Duffy, they must make sure deficiencies are addressed elsewhere.