Dundalk have played one fewer game than the teams around them and will be hoping to move into 2nd-place with a win against St Patrick's Athletic on Friday. The visitors have a good recent record against Dundalk and sit just 3pts behind them in the Premier Division table.

All you need to know about Dundalk vs St Patrick's Athletic

Dundalk made the trip to Finn Harps on Monday night where a solitary strike from Kelly in the second half proved enough for the visitors to secure all 3pts. Hoban leads the way in front of goal for Dundalk this season with 8-goals  with Bradley and Kelly in joint second place on 4-goals apiece.

St Patrick's Athletic used their home advantage against Bohemians well, running out comfortable 3-0 winners in the end. Owolabi proved to be the star of the show, opening the scoring in the 5th-minute. The Belgian forward made it 2-0 in first-half stoppage-time and in the 68th-minute, St Patrick's were awarded a penalty and Owolabi stepped up to complete his hat trick and secure the match ball for himself. Doyle remains St Patrick's top goalscorer this season with 5-goals but Owolabi is now on 4-goals along with Burns.

Dundalk: Daniel Williams will miss the game with a foot injury.

St Patrick's Athletic: Abankwah, Barrett, Coughlan, Murphy and Lennon are all injury concerns for the visitors. 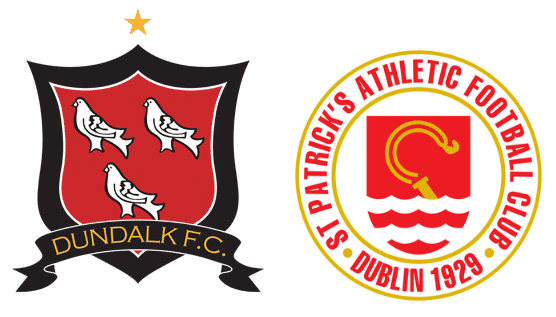