The current top two teams in the Premier Division lock horns at Oriel Park on Friday night as Dundalk look to reduce the gap between themselves and the runaway league leaders Shamrock. The visitors have failed to win on each of their last three trips to Dundalk but a draw wouldn't be a bad result as Shamrock currently sit 8[ts clear of their hosts.

Dundalk have picked up two wins and a draw from their last three home games against Shamrock Rovers, the most recent of which being a 0-0 draw back in March. The hosts are unbeaten in their last six league games and look strongest in front of their own fans. Shamrock Rovers lost their last away game but have been by far the best team in the division this season and would probably be happy with a draw.

We're expecting this game to be tight and tense throughout with so much riding on it for both teams. Under 2.5 goals have been produced in each of the duo's last three meetings in the Premier Division, the last of which being a 1-0 win to Shamrock in April. Dundalk's last two games as well as four of Shamrock's last five fixtures have witnessed fewer than three goals scored.

Shamrock looking to solidify top spot with a win against Dundalk

Only one goal was scored when Dundalk played host to St Patrick's Athletic in late May. Kelly scored what proved to be the winning goal for Dundalk in the 24th-minute as the hosts defended manfully to secure an important 3pts in the race for the European places.

Shamrock Rovers returned to winning ways in their last league game at home to Shelbourne. Towell put the hosts in front after just 2-minutes and teammate Gaffney added a second goal before the break. The game proved to be much tighter in the second half and failed to produce any further goals as Shamrock secured a 2-0 victory.

Dundalk: Brian Gartland, John Mountney and Daniel Williams are the main injury concerns for the hosts.

Shamrock Rovers: the visitors could be without Jack Byrne for the trip to Dundalk. 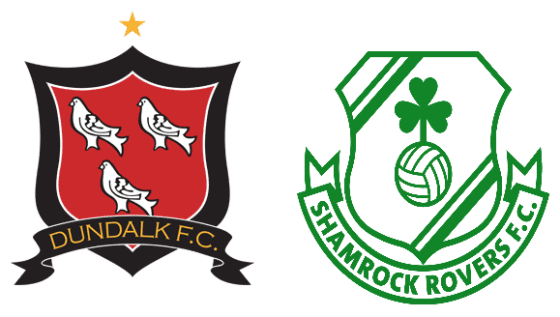