The names of non-league clubs rarely pop up in the mainstream football media. On the occasions they do, it’s often thanks to an unexpected FA Cup run where a “giant killing” narrative needs to be spun by some media company covering the game, or as supporting evidence that the cup still contains some kind of romance even in an era of TV billions and £200million players.

On other occasions the names of these clubs come to the fore due to some kind of administrative strife, as another historical institution goes out of business, or whose old grounds are being threatened by property developers.

This was the case earlier in the year when London club Dulwich Hamlet were turfed out of their home and forced to play their matches elsewhere. They were even told to stop using their own name as a battle ensued between property developers.

The club’s story came to the fore thanks to support from a number of journalists and supporters across the country who highlighted their plight, bringing the ongoing troubles at their Champion Hill ground to a wider audience. 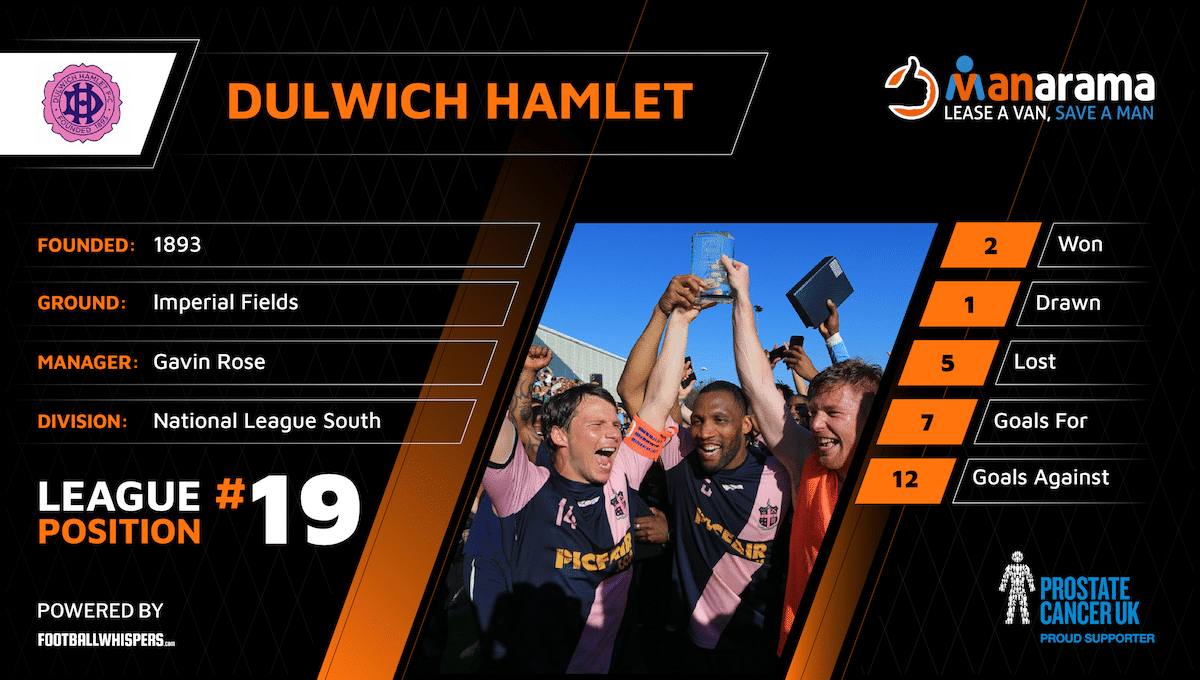 The club have been based in the area since their formation in 1893, even though they have moved to various locations around the area of Dulwich Village and East Dulwich.

Anyone with a passing interest in football who has attended the King’s College London and visited the Denmark Hill Campus will be aware of the nearby Champion Hill, and its tenants Dulwich Hamlet who have called that specific area their home since 1902.

In 2008 the college sold the freehold on the land to a company called DHPD Ltd for £1.2million, in a move the club’s supporters had feared.

This is when the trouble starts. The area on which the stadium sits was no longer in the hands of a solid historical institution, but now in belonged to a new company whose nature of business, according to Companies House, is the “development of building projects”.

London, with its extortionate house prices even for the smallest of properties, is a goldmine for such property developers, and as a result the word “development” can also mean “destruction”.

The prospect of buying land and selling it for property development leeds to an element of greed which rarely takes into account the history of an area or its existing tenants, and Dulwich Hamlet are the latest to fall foul of this.

DHPD Ltd went into administration in 2012 and since then there have been various company names attached to this land, unfortunately, all with interests in property development. The latest were Hadley Property Group whose CEO Peter Bennison left Hadley to form Meadow Residential LLP, with proposed redevelopment plans for flats to be built on Champion Hill moving across to the new company with Bennison.

The Dulwich Hamlet Supporters Trust had worked hard to make sure that this redevelopment would leave the club in good shape for the future. Though it involved the building of property on the current stadium site, the tradeoff was that the club would get a new ground on adjoining land as well as giving an opportunity for the club to become supporter owned.

An application was made by Meadow Residential to Southwark Council to renew the lease on this adjoining land, which expired in January 2018, but it was declined.

As Ian King observed in this article on Twohundredpercent, the reason for this might be because: “This site sits on Metropolitan Open Land, a designation used in London which is is intended to protect areas of landscape, recreation, nature conservation and scientific interest.”

Since then Meadow Residential have blamed the club and the council for obstructing their development plans, leaving Dulwich Hamlet homeless, with Meadow even ordering the club to stop using names such as ‘Dulwich Hamlet Football Club’, ‘The Hamlet’ and ‘DHFC’, in any official copy. 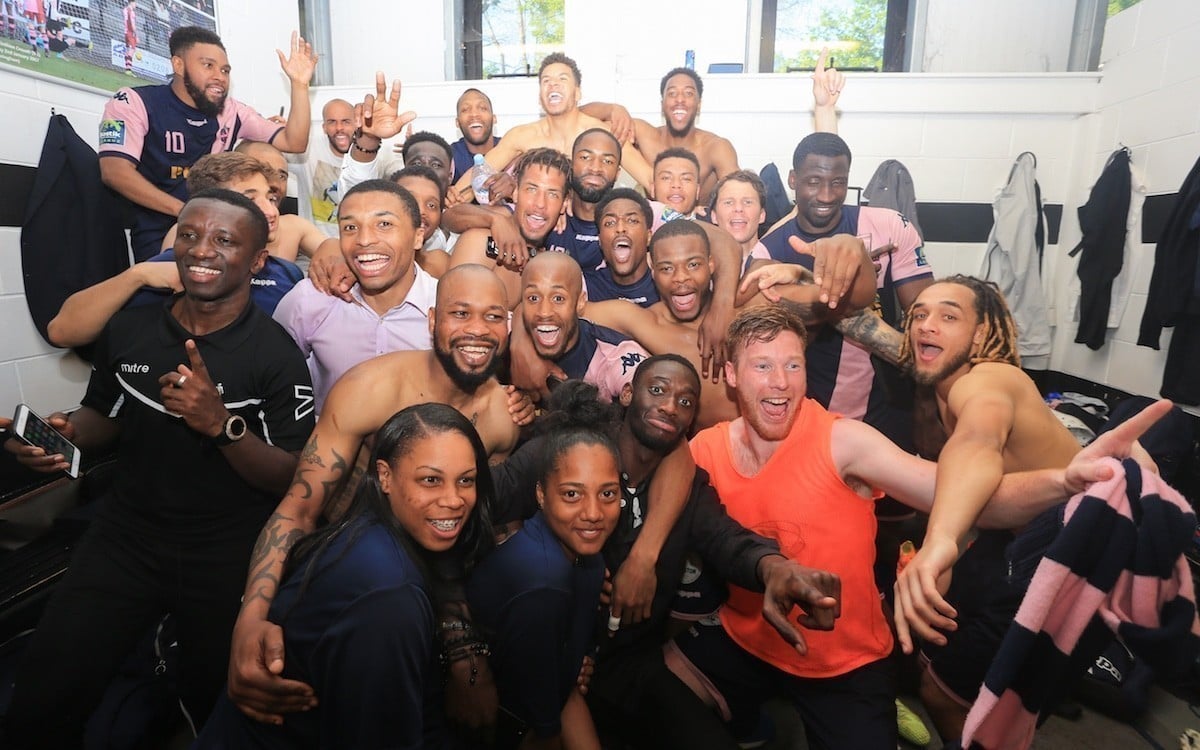 The Independent’s Jack Pitt Brooke has written extensively on this issue, and more on the history of the ownership of this land can be found here.

The story took a positive turn at the end of last season as Dulwich Hamlet were were promoted from their local Isthmian League for the first time.

Lodging at the home of Tooting & Mitcham United, they finished second in the league behind Billericay Town but were eventually promoted via the playoffs, beating Hendon in a tense final which went all the way to a penalty shootout at Tooting’s Imperial Fields ground.

But the club ploughed on to one of the most successful seasons in their history thanks to support from the local area and the Supporters; Trust. They are now participating in the Vanarama National League South, where they have won two of their first eight games as they fight to stay in the division for consecutive seasons.

There is a much bigger fight going on off the pitch, though, as the squabble between Meadow Residential and Southwark Council continues. The Department for Digital, Culture, Media & Sport could even get involved if the issue drags on, but there is no resolution in sight.

Meadow Residential have said that the club “would not have survived as long as it has without their support”, but the club is now thriving in spite of them and the delaying tactics they are using with their property development profits, rather than the club, in mind.

Dulwich Hamlet continue to triumph against the odds, and will have plenty of support from across the football community in the Vanarama National League South this season.