Dundalk currently sit 10pts behind the league leaders Shamrock Rovers but do have two games in hand, so a win is needed to help close the gap somewhat and keep Dundalk in the title race. Hosts Drogheda United haven't had the best of seasons so far but still look like they will avoid relegation this season as there are two teams with fa fewer points on the board.

We're backing Dundalk to secure all 3pts on Friday night just as they have done in three of their last five competitive meetings with Drogheda United. The visitors sit 19pts clear of Drogheda as things stand and have won five of their last six matches in all competitions, while their hosts are without a win in their last four fixtures and lost their last match against St Patrick's.

Both teams have scored in just two of the last five league meetings between these two clubs and we're fully expecting Dundalk to keep a clean sheet on their way to victory this Friday. Dundalk have kept clean sheets in each of their last five competitive fixtures and look so strong at the back right now, while Drogheda United have failed to score in their last two league games.

Drogheda United made the trip to St Patrick's Athletic last time out but probably wish they had stayed at home. King put the hosts in front shortly before the halftime break after good work from Forrester. With 4-minutes left on the clock, Doyle made it 2-0 and then added a third goal in stoppage-time to make the final scoreline 3-0 to St Patrick's.

Dundalk used their home advantage against bottom side UCD well, despite the pair going in at the break goalless. McMillan put Dundalk in front in the 51st-minute and Sloggett made it 2-0 just before the hour mark. Deep into stoppage-time, Ward scored a third and final goal for the hosts to keep them in the title race.

Drogheda United: the hosts have no fresh injury concerns or suspended players.

Dundalk: Brian Gartland had a foot injury that could keep him from making the trip to Drogheda.

Your Questions for Drogheda United vs Dundalk 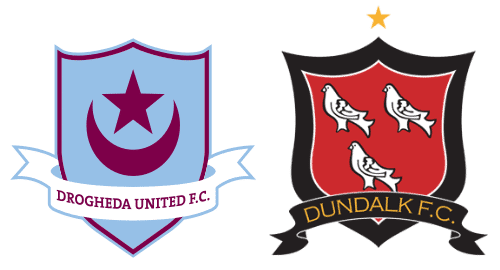