The beautiful game has a lot to thank Aston Villa Football Club: chairman William McGregor founded the Football League back in the 19th century while the Villans have gone on to become one of Britain’s greatest sporting organisation. Villa Park is undoubtedly one of the most iconic stadiums in English, or indeed European, stadiums and has played host to many memorable occasions. Sadly, the scenes at Trinity Road have become increasingly ugly in recent years.

As this historic club prepares for its darkest days, the inquisitions into who is at fault intensify by the day. On the pitch, a disjointed group of no-hopers have regularly been branded the worst outfit in Premier League history. Meanwhile, Remi Garde’s reputation as a manager has taken a serious nosedive since taking the reigns in November, although the seeds had already been sown long before his arrival to Birmingham.

In truth, this disastrous campaign has been on the cards for some time. Chaos and calamity have been the buzzwords of Aston Villa’s boardroom for virtually the entire Premier League era. The fingers are being firmly pointed in three directions and, frankly, neither Doug Ellis, Randy Lerner or Tom Fox can wash away their negative impact. When the final nails are planted in the top flight coffin, all three men will have Claret and Blue on their hands.

Despite their ever-presence in the Premier League, problems have been bubbling behind the scenes at Villa Park throughout that 24-year period, and Doug Ellis was certainly public enemy number one until his sale of the club in 2006. The former chairman had already endured a relatively volatile relationship with fans during his first spell in the role back in the late 1960s and early 1970s before returning in 1982.

At that time, the club had been enjoying its greatest ever spell, personified by their heroics in the 1982 European Cup, which came just 12 months after sealing the 1980/81 Division 1 crown. Within five years of his return, Ellis had overseen a decline that culminated with relegation to Division 2. While players and managers would have to take their fair share of the blame too, the man at the top could hardly shirk the blame. Villa would bounce straight back, but this episode would set the tone for a future tale of unfulfilled potential just half-a-decade later.

The launch of Premier League signalled a new start for English football, giving big clubs a phenomenal chance to capitalise on those riches to become top dogs. Manchester United famously used the rebrand as the catalyst for a decade of dominance, but it’s easy to forget that Aston Villa did finish second in that inaugural campaign. Ron Atkinson’s men seemingly had all the factors in place to make this the new big rivalry, but ultimately failed. A League Cup win in 1993/94 offered some reasoning behind the club’s mediocre mid-table finish that season, but there were no excusing for a disastrous season that saw Villa survive by just three points.

Perhaps the bigger talking point that season, was that Ellis sacked Atkinson. The four-minute dismissal saw the chairman live up to the ‘Deadly Doug’ label and, while the club was desperate for a revival following a poor start, the decision to relieve the manager of his duties was a rash call that very few had expected; it would arguably prove to be the start of Villa’s decline into mid-table obscurity too. 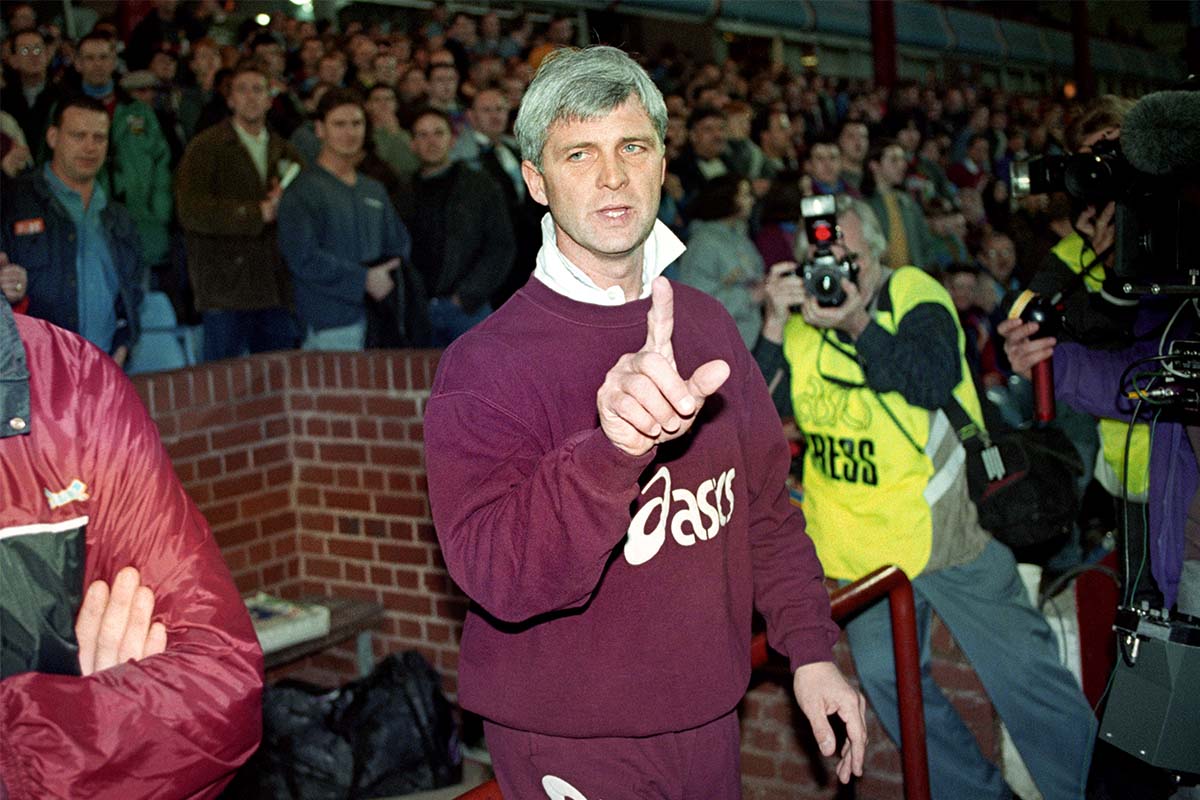 Successor Brian Little would help the club flirt with success; another League Cup in 1995/96 would be accompanied by three top seven finishes. However the fact those league results had gradually worsened year after year was yet another signal that the manager wasn’t being backed enough. While Villa Park certainly saw some great talents over during the Premier League’s infancy, it could be argued that only Stan Collymore signalled a headline arrival during the Atkinson and Little eras. Conversely, the likes of Arsenal, Liverpool and Newcastle United were splashing the cash in a bid to compete at the very top.

The chairman was unambiguous and unrelenting in his desire to run the club with business matters very much at the heart of operations. On one hand, it did leave Villa with the reserves needed to avoid a potential crisis, as they had in the 1994/96 campaign. However, football is a passion driven by the bid for excellence, and the Trinity Road faithful expected more. In today’s billionaire’s playground, the void of genuine love is almost ubiquitous and fans have become accustomed to seeing matters off the field taking precedence over the quality in it.

Those sentiments would come back to plague the club in later years. For now, though, the fans craved greater ambition from the chairman and were growing increasingly frustrated as his stubborn approach that many viewed as the kryptonite to Villa’s hopes of ever challenging Manchester United and co. By the turn of the century, the name Doug Ellis was becoming anathema to the Villa faithful; by the time he left six years later, his reputation as the club’s most hated man was confirmed. 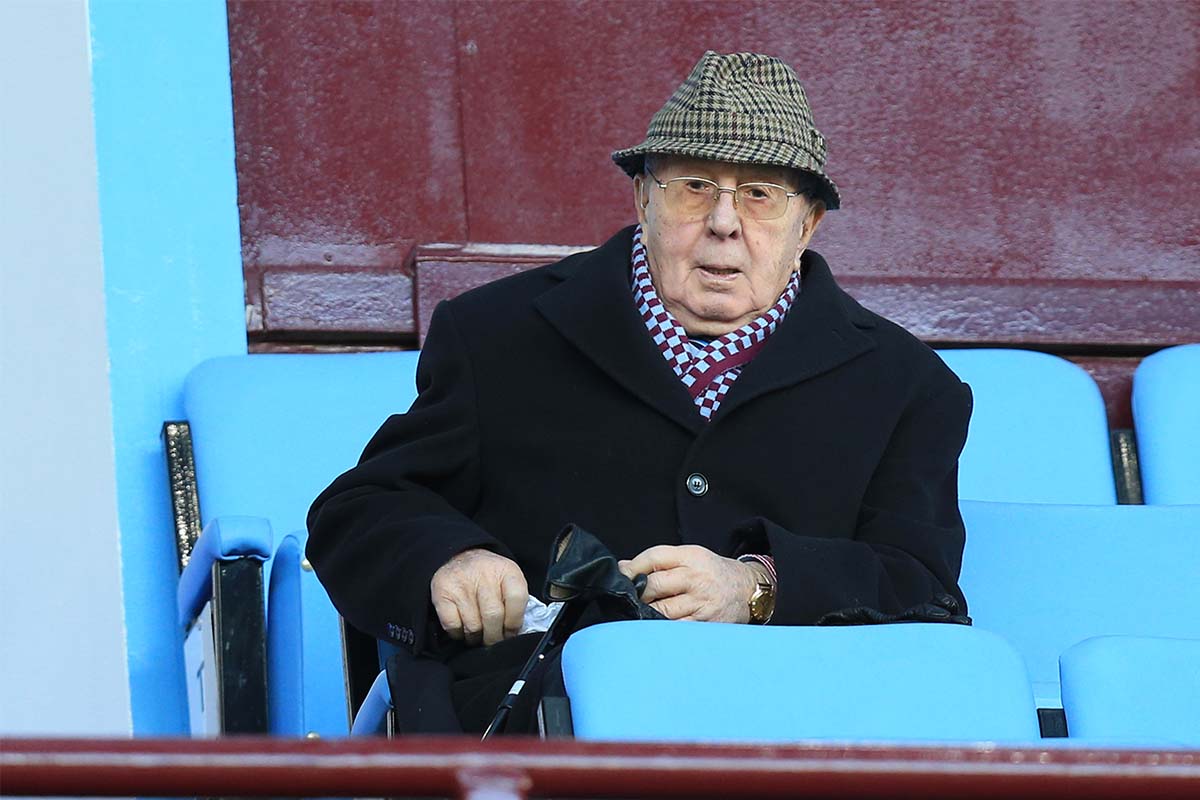 Unfortunately, personal health issues didn’t help Ellis during his final years at the club. Both the chairman and manager David O’Leary faced friction from the club’s supporters while the pair’s broken relationship became public knowledge. This ultimately led to the coach parting ways via mutual consent; just a few short weeks later, Ellis vacated his position by selling the club to Randy Lerner.

Villa Park had suddenly been hit with by a wave of optimism that had been long vacated. Not only was Ellis gone, but the American billionaire arrived with promises of firing the club back to the promised land. In fairness to Lerner, he did stick to his word early doors. The club’s transfer record was smashed on four separate occasions during the then-Cleveland Brown’s owner first five years at the helm.

Lerner happily opened the chequebook to support his first managerial appointment. Martin O’Neills’s four-year stay at Villa Park brought a net spend of just under £90m and, unsurprisingly, that transpired to some fairly decent results on the pitch too. At one point in 2009, it even looked like the Villans would gain Champions League qualification. Meanwhile, the following season saw them reach their first cup final since 1999/2000. On the face of things, the Aston Villa ship looked to be heading in the right direction.

Things were far from perfect, though, and O’Neill’s growing frustrations resulted in his shocking resignation just 24 hours before the opening weekend of 2010/11. Lerner’s willingness to support Gerard Houllier with the club record signing of Darren Bent during the winter transfer window was enough to prevent the alarm bells from rining, but O’Neill’s acrimonious departure was certainly a warning of things to come.

Since 2011/12, Villa have failed to finish about 15th in the Premier League, and the money has largely dried up too. Had it not been for a lucky break in the form of Christian Benteke, there’s a good chance that the club would already be plying its trade in the Championship. The fact that relegation is virtually guaranteed in the first season following the Belgian’s departure should come as no surprise. Lerner did allow Tim Sherwood, or rather the Villa transfer committee, to invest a large percentage of the Benteke and Fabian Delph fees, but it’s evident that the club has been hit by the worst thing that can happen to an operation funded by overseas investment: the owner has become bored. The ink on that famous ankle tattoo might still glow, but those emotions towards the club have faded to a point that’s beyond repair.

The post-O’Neill era has been littered with poor decisions; appointing Alex McLeish from fierce rivals Birmingham was always destined for disaster while calls for both McLeish and future boss Paul Lambert to cut the wage bill was only ever going to bring one result.

There’s no question that he took over the reigns with good intentions but it’s turned out to be too much for the American to handle. Whatever Lerner was expecting, the reality has proved to be far tougher on a man who has been wanting to sell for nearly two years. With relegation imminent, the owner will almost certainly have to take a big loss on an investment that is already costing the 54-year-old somewhere in the region of £500,000 per week. Having announced himself to the Villa Park faithful with such optimism, a decade in the rapidly fading sun will inevitably end with a whimper. 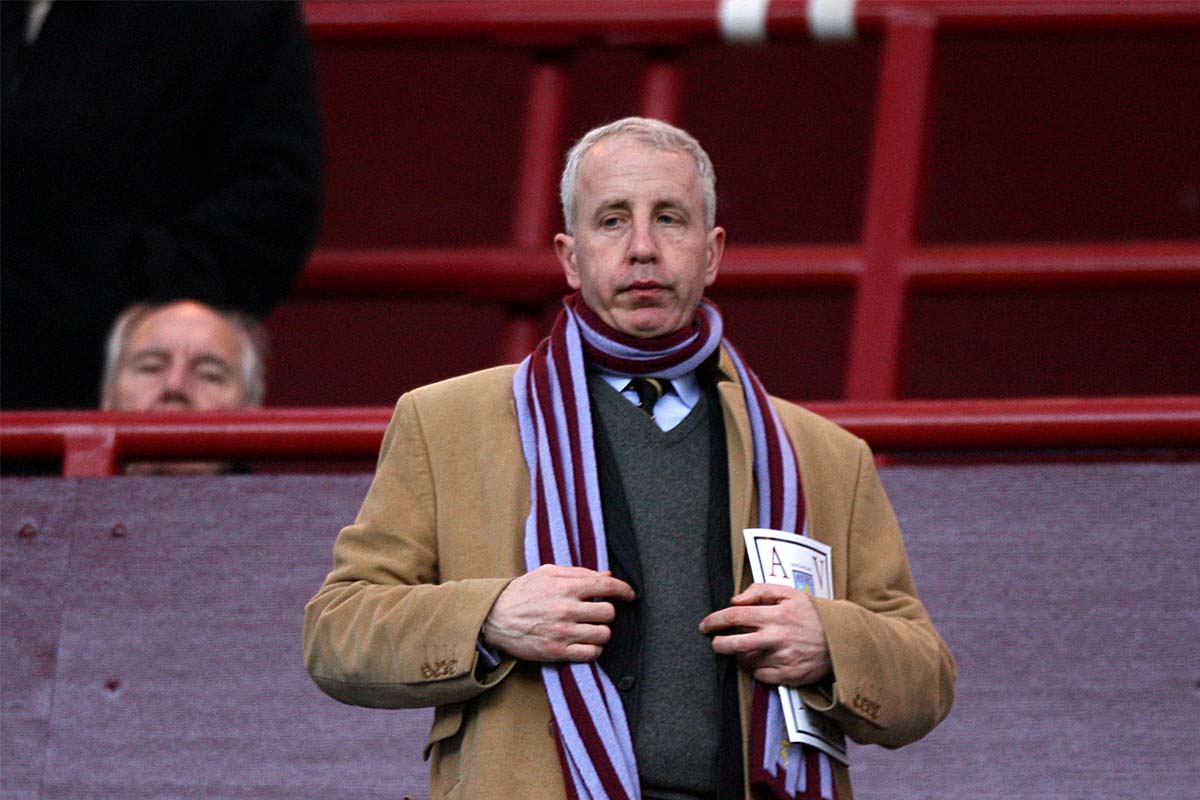 As the man at the top, Lerner has to accept that he will take the brunt of the fans’ frustrations. However, his situation hasn’t been helped in recent times. Having taken a backseat role in order to  focus personal attentions on finding a potential buyer, the owner needed a right-hand man to drag his business through the mire. The appointment of Tom Fox was arguably more ill-conceived than that of McLeish.

After becoming the club’s chief executive in 2014, Fox was responsible for most major decisions at board level. Quite frankly, it was a case of nightmare after nightmare under his stewardship. Recruitment was terrible while his ambition to drive the club forward on a commercial front has been nothing short of laughable. As far as Villa fans are concerned, his spell as CEO can be summarised in one four little word that begins with ‘s’ and ends in ‘t’; let’s just say the supporters weren’t exactly eager to buy him a leaving present when he stepped down last week. The downward spiral had started long before the American’s arrival, but there is absolutely no question that his negative input has accelerated the decline.

Ultimately, Aston Villa Football Club, for all its history, has been a sinking ship for some time and several parties have to hold their hands up to admit their part in the disaster. Big changes are needed are at Villa Park, starting at the very top.

Neither Fox, Ellis, nor former sporting director Hendrik Almstadt can walk away from this calamity guilt-free. Nevertheless, irrespective of how hard he has tried to find an exit, it’s the current owner that who has turned from hero to the ultimate antagonist at Villa Park.  Until he leaves, it’s difficult to envisage a brighter future for the club.

For the sake of English football as a whole, fans can only hope that they don’t become the next Leeds United.