The Dortmund vs Sporting CP duel in the second round of the Champions League groups could be very interesting, so check our preview of the game and our free betting tips

Our top predictions and latest picks for Dortmund vs Sporting CP

If you are searching for reliable Champions League betting predictions, you've come to the right place. So, here are our favourite betting tips for the Dortmund vs Sporting CP duel:

Dortmund to Win with Handicap (-1)

While both teams started the new season well in their respective leagues, Borussia Dortmund is the much better team of the two and they are clearly the favourites in this game. After all, Dortmund beat Sporting in both of their previous head-to-head duels and we expect to see the same in this game. However, we don't like the odds on the outright Dortmund win, so we chose to bet on Dortmund to win by two goals.

Erling Haaland to Score at Any Time

While Erling Haaland is listed on the team's injury list, he is still not ruled out of the game. If he plays in the match, betting on him to score is as safe bet as it can get since Haaland has been in great form this season, just as he was last season. He already scored seven times in Bundesliga and once in the Champions League, so stay updated on his status closer to the kickoff to place this bet if he's cleared to play.

The latest stats and odds for Dortmund vs Sporting CP

If you want to place a bet on the best Dortmund vs Sporting CP odds, check our selection of odds from the top UK bookies:

Dortmund vs Sporting CP preview: Can Sporting forget about the last round?

After letting Jadon Sancho go, many people expected Borussia Dortmund to let go of Haaland as well. But the team decided to stick to their guns and keep the wunderkind, which is already paying off. The striker, and the team with him, are in good form at the moment – Dortmund is fourth in Bundesliga with four wins and two losses and they started their CL campaign with a win over Besiktas. On the downside, Dortmund is dealing with many injuries with five players ruled out of the next game and five more who are questionable.

The reigning champions of Portugal have started the new season in their domestic league in the same rhythm, with five wins and two draws in the first seven rounds. However, Sporting suffered a humiliating loss in the first round of the new Champions League since they were demolished by Ajax 5-1, so we'll see how they respond. Inacio and Pedro Gonclaves will miss the game against Dortmund due to injuries. 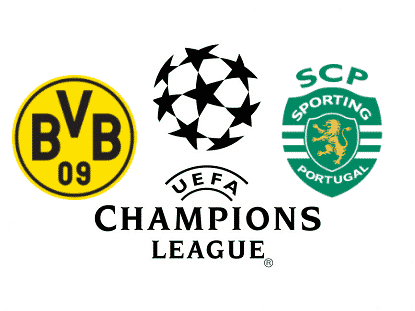