Despite sitting second in the Bundesliga Borussia Dortmund’s season is widely viewed as a medium-sized disaster.

They are 19 points behind Bayern Munich in the table and failed to reach the last 16 in the Champions League after claiming just two points in their group, which did admittedly contain Real Madrid and Tottenham Hotspur.

Dortmund fired head coach Peter Bosz in December and replaced him with Peter Stöger. Results have improved – the club remain undefeated in the league under the Austrian and have reached the round of 16 in the Europa League – but overall there is a sense the squad needs reinforcements next summer.

After earning a surplus of €131million in the transfer market this season Dortmund have money to spend.

And CEO Hans-Joachim Watzke told German television station Sky last month the club are looking to bring in a midfield general next summer.

Watzke said: [We want] someone who isn’t afraid to go into a tackle to stop an attacking play by the opposition.”

In Sven Bender and Sebastian Rode Dortmund had two such players in the squad ahead of this season.

But Bender was sold to Bayer Leverkusen and Rode has constantly struggled with injuries since joining the club from Bayern in the summer of 2016.

Dortmund have attempted to sign Emre Can from Liverpool, but it is understood the German international will either stay in England, or move to Italy to join Juventus, which is the more likely outcome, at the end of the campaign when his contract at Anfield expires.

So with Can off the list, we have identified six other candidates that Dortmund could turn to in an attempt to close the gap on runaway Bundesliga leaders Bayern Munich.

Fabinho has already announced he plans to leave Monaco at the end of the season after becoming dissatisfied with the club's transfer policy.

The Brazilian said it is not enough “to play for second place and qualify for the Champions League by signing young and talented players rather than stars.” A description that could also fit Borussia Dortmund.

With 1.1 interceptions and 3.4 tackles won per 90 Fabinho is certainly a player that fits Watzke’s profile. Fabinho’s also made 1.7 clearances per game and won 60 per cent of his duels. Most importantly, however, he has not made a single error that led to a goal this season.

There are, however, obstacles to overcome for any club, including Dortmund, hoping to sign the Brazilian. Monaco are expected to demand in excess of €50million for Fabinho and he has been a Manchester United and Manchester City transfer target in the past.

If either of the Premier League sides were interested in the summer, they could financially blow many clubs out of the water.

After two disappointing seasons with Real Madrid Illarramendi rejoined Real Sociedad in 2015 and has managed to rebuild his career and reputation.

A candidate for Spain’s 2018 World Cup squad, Illarramendi would be a perfect fit for Dortmund.

In 25 league games this season he has averaged 2.3 interceptions, 2.4 tackles and 0.8 clearances per 90. Illarremendi also has a clean style with just 0.9 fouls a game. He also hasn't made a single error that led to a goal this term.

The defensive midfielder is both creative, which is highlighted by his six goals and four assists this season, while at the same time does not shy away from sacrificing his body to break down attacking runs by the opposition

The 27-year-old also has an buyout clause of €40million and appears ready to once again move on to a club that regularly participates in the Champions League. 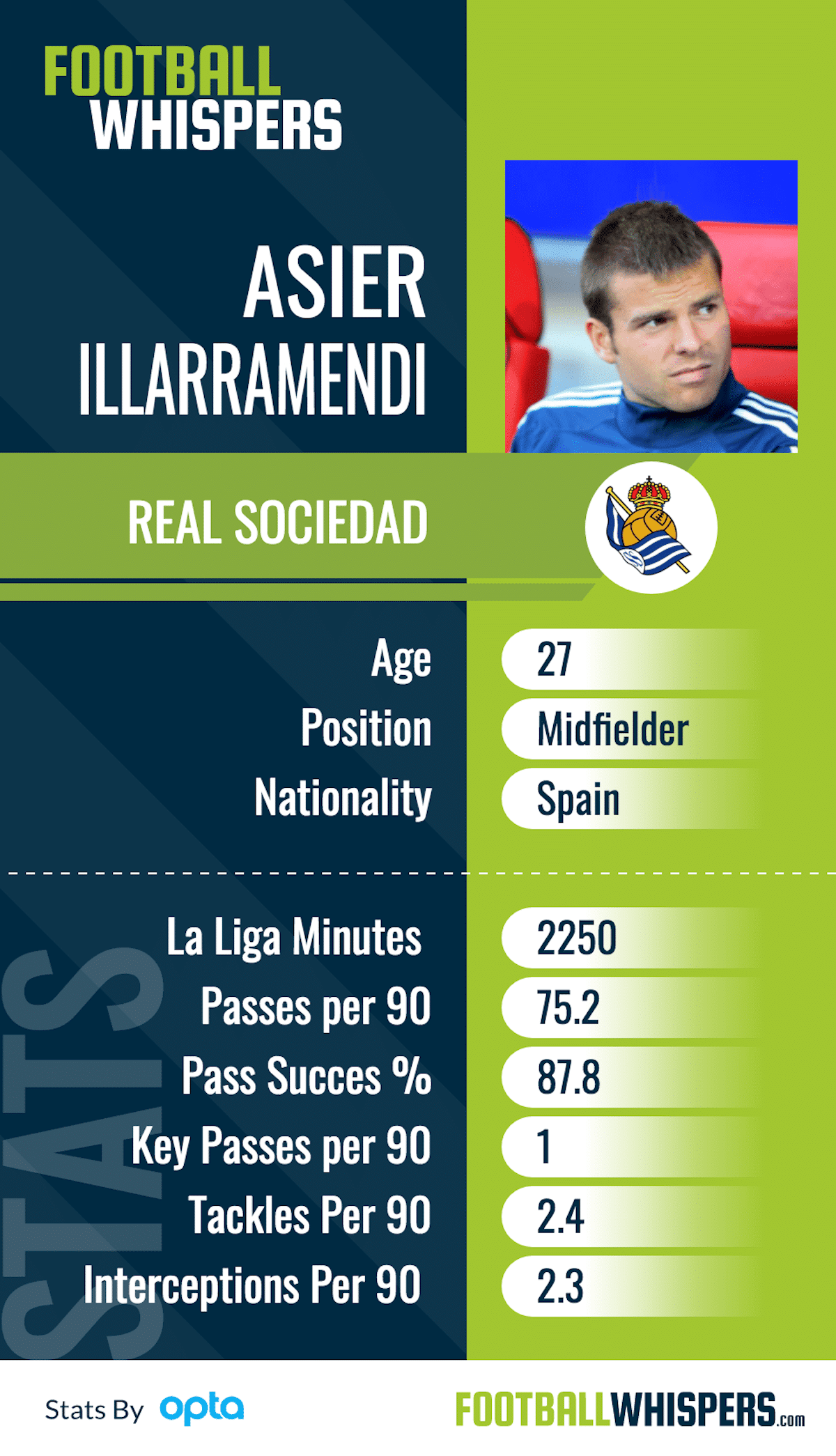 Perhaps the most interesting name on the list, and Dortmund have a long history of signing Polish players and turning them into stars.

West Brom are fighting against relegation in the Premier League and his parent club, PSG, are looking to raise cash in the summer in order to meet Financial Fair Play regulations after their splurge on Neymar and Kylian Mbappé.

Krychowiak highlighted at Sevilla that he can act as a midfield general, and he could be a smart signing for Dortmund.

Despite playing for a relegation candidate in West Brom, Krychowiak’s numbers have been strong with 2.1 interceptions per 90 and 1.6 tackles. He is also responsible for 1.1 clearances per game and has not committed a single error that has led to a goal this season.

Omar Mascarell is one of the most interesting players in the Bundesliga at the moment. Brought in from Real Madrid in the summer of 2016, Mascarell combines creativity with steel and is exactly the sort of midfielder Dortmund are looking to sign.

Real, however, have a buyback clause of €4million and, according to reports, will exercise that in order to sell Mascarell for an even bigger fee in the summer.

Dortmund have a good business relationship with Real and Mascarell has already proven himself in the Bundesliga.

The one downside is the Spaniard has struggled with injuries all season, but in the games he has played he recorded an impressive 2.6 interceptions and 2.8 tackles per 90. Mascarell is also a tough-tackling player and committed 2.6 fouls per game this season. 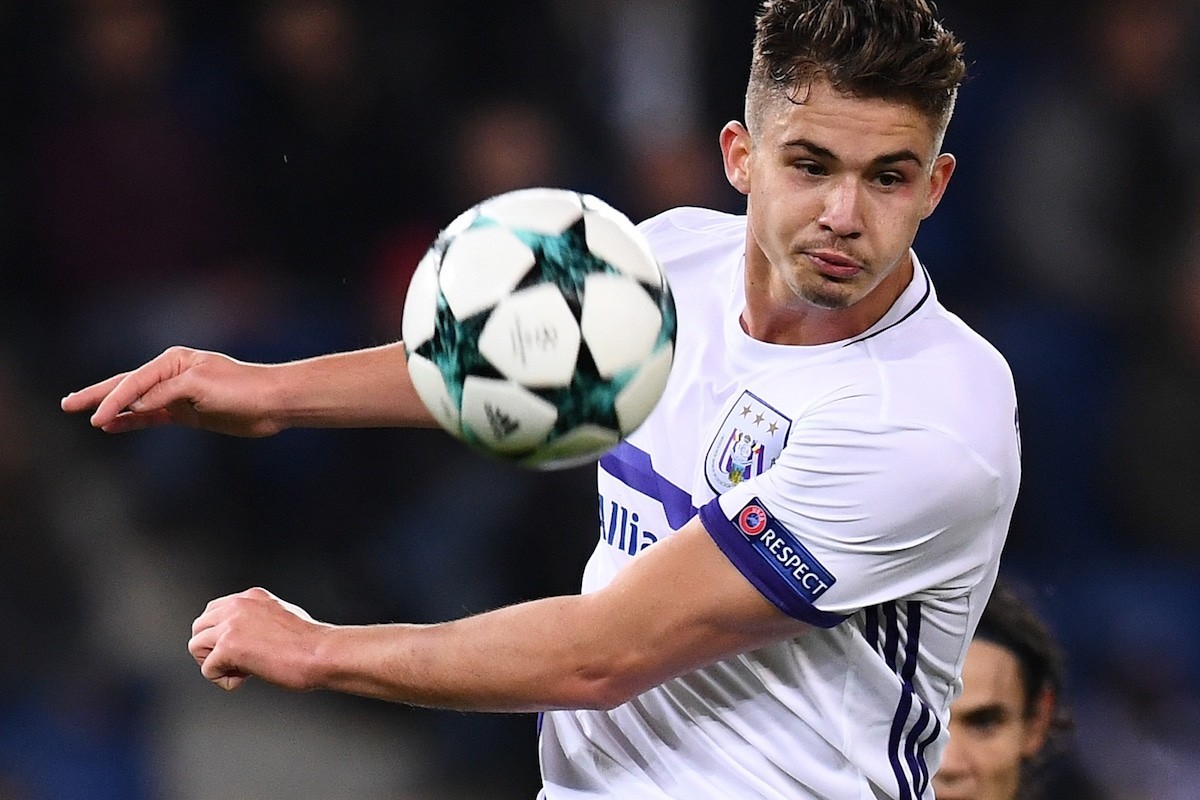 Dendoncker would be a typical Dortmund transfer. Targeted by Atlético Madrid, Manchester United and Monaco, the young Belgian is one of European football's  most demand prospects.

An old school defensive midfielder not unlike Bayern’s Javi Martínez, Dendoncker brings all the qualities Dortmund are looking for and at 22 is also in the age category for a typical Die Borussen transfer.

Playing in the Champions League this season Dendoncker registered impressive numbers for a side that finished last in a group with Bayern, PSG and Celtic – he managed 2.3 interceptions, 1.5 tackles and 0.7 clearances per 90.

Given that Dortmund want to add some experience to their side, however, the club might look at some more experienced options instead.

Following Atalanta’s strong performances against the Yellow and Blacks in the Europa League round of 32, it would be hard to imagine that Cristante is not ton Dortmund's watchlist.

The Italian midfielder, who owns a Canadian passport, is both creative and fearless. He has netted seven goals this season but also manages 0.9 interceptions a game and 2 tackles.

On loan from Benfica, Atalanta can and are expected to make the move permanent for €4million in the summer. But in the current market clubs like Dortmund would pay in the region of €30million for Cristante, so the Serie A side may opt to cash in.