Peterborough come into Sunday's season finale knowing they're heading to the Championship. Can Doncaster spoil the party? Find out with our Doncaster vs Peterborough match preview with free tips, predictions and odds mentioned along the way.

Posh to end promotion campaign with a win

Peterborough have only managed to take two points from their last two matches but they're Championship bound and a game against Doncaster is a great opportunity to put three points on their already impressive tally – even if they only managed a draw a couple of weeks back. Their away form is pretty decent too; they have won three on the bounce. Donny meanwhile have lost seven of their last 10 games and their last four home matches. All of that combines to a Posh victory.

Doncaster to take a beating?

This might be a bold prediction to make but we think Peterborough could put Doncaster to the sword on Sunday. Yes, we know, they played one another a couple of weeks ago and drew 2-2 but this game could play out different. If Doncaster's players are on the beach then Posh have the ability to cut teams apart as evidenced by the 79 goals they've scored this season. We realise it's an ambitious bet but it's one that comes with attractive odds.

Clarke-Harris to do the business as usual

The safest prediction you could make all weekend is the fact that Jonson Clarke-Harris will end as League One top scorer; he already has 31 goals to his name this season. He bagged a brace against Lincoln last time out taking his haul to nine goals in 10 games. With Doncaster having shipped 63 goals to date, they're hardly impenetrable. If Peterborough score then Clarke-Harris will more than likely be the man.

Doncaster vs Peterborough: All your key pre-game stats

Posh promotion party to end with a win

Peterborough won't care too much about the result of this match with their second place finish already confirmed. It will still be nice for Posh to sign out from League One with an impressive performance and three points though. Doncaster are hardly the toughest of opponents either with their season having limped to an end after looking promising earlier in the campaign. 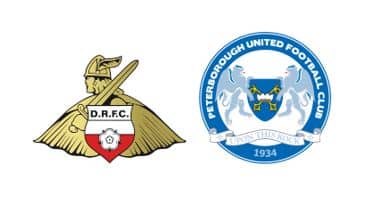