Doncaster and Mansfield go head-to-head for a place in the next round of the FA Cup. Rovers and Town meet in round two at The Keepmoat Stadium on Saturday. Read our expert predictions and find the latest odds for the game below in our match preview.

Doncaster have lost just one of their last seven home games ahead of their clash with Mansfield. Find our top three predictions for the contest below.

Doncaster continue to hover near the foot of the table in League One, though their form has started to pick up in recent weeks, especially at The Keepmoat Stadium. Rovers have tasted defeat just once in their last seven assignments on home soil and their ability to produce results in front of their own supporters means they are worth backing on Saturday against a Mansfield side from a division below.

Mansfield are unlikely to roll over when they visit South Yorkshire this weekend however, and having notched at least once in nine of their last ten fixtures, we’re tipping The Stags to get on the scoresheet. Keeping a clean sheet should prove more difficult against their higher-class opponents however, and when you consider that both teams to score was a winning bet in four of Doncaster’s last six home tussles, the same market holds plenty of appeal again this week.

Games involving Nigel Clough’s Mansfield have provided plenty of entertainment over the last couple of weeks and four of their last six matches in league and cup produced over 2.5 goals. Excitement levels should be similarly high at The Keepmoat Stadium this weekend when Rovers and The Stags battle it out for a place in the FA Cups’ third round where a potentially lucrative fixture awaits and we recommend sticking with the over 2.5 line as a result.

Doncaster are still struggling to keep their necks above the water in League One, though a surge in performances at home has sparked new hope that a strong season half to the campaign could be possible. Richie Wellens’ charges have lost just once in seven games at The Keepmoat Stadium, and among their four wins were impressive victories over highflying MK Dons and a talented Manchester City U21 side.

Mansfield have been making headway of their own a division down in League Two and The Stags have won seven of their last eight games ahead of Saturday’s cup clash. Town upset the odds to knock Sunderland out in the previous round of the FA Cup and they should be ready to give a good account of themselves against another League Two opponent in Doncaster this weekend. 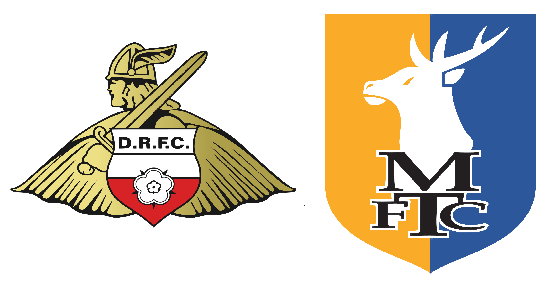 Doncaster are the bookmakers’ favourites to beat Mansfield this weekend.

Saturday’s fixtures will be contested at The Keepmoat Stadium.