Red Bull Salzburg have a knack for unearthing gems and the latest one could be their brightest yet. The Austrian club helped develop Naby Keïta, Amadou Haidara, Dayot Upamecano and Marcel Sabitzer, but

The 18-year-old midfield sensation is reportedly a target for Arsenal with the Gunners looking to fill the void left by Aaron Ramsey’s departure to Juventus.

He’s a bit of a wildcard shout having only appeared in 20 matches for the first-team. But he’s already made quite the impression.

He may have appeared in just 719 minutes in the Austrian top flight but he was involved in six goals, including three assists. His driving runs from midfield caught the eye. His vision was matched only by his execution, he was playing passes many wouldn’t even see let alone try.

Top teams would’ve been keeping tabs on him.

Szoboszlai ticked the boxes as a free number eight in midfield. The sort of player Pep Guardiola turned Kevin De Bruyne and David Silva into. His slaloming runs and quick feet could easily be mistaken for that of a winger and his vision for that of a deep-lying playmaker.

It’s easy to see why Arsenal could be keen. They probably aren’t the only Premier League club showing interest. 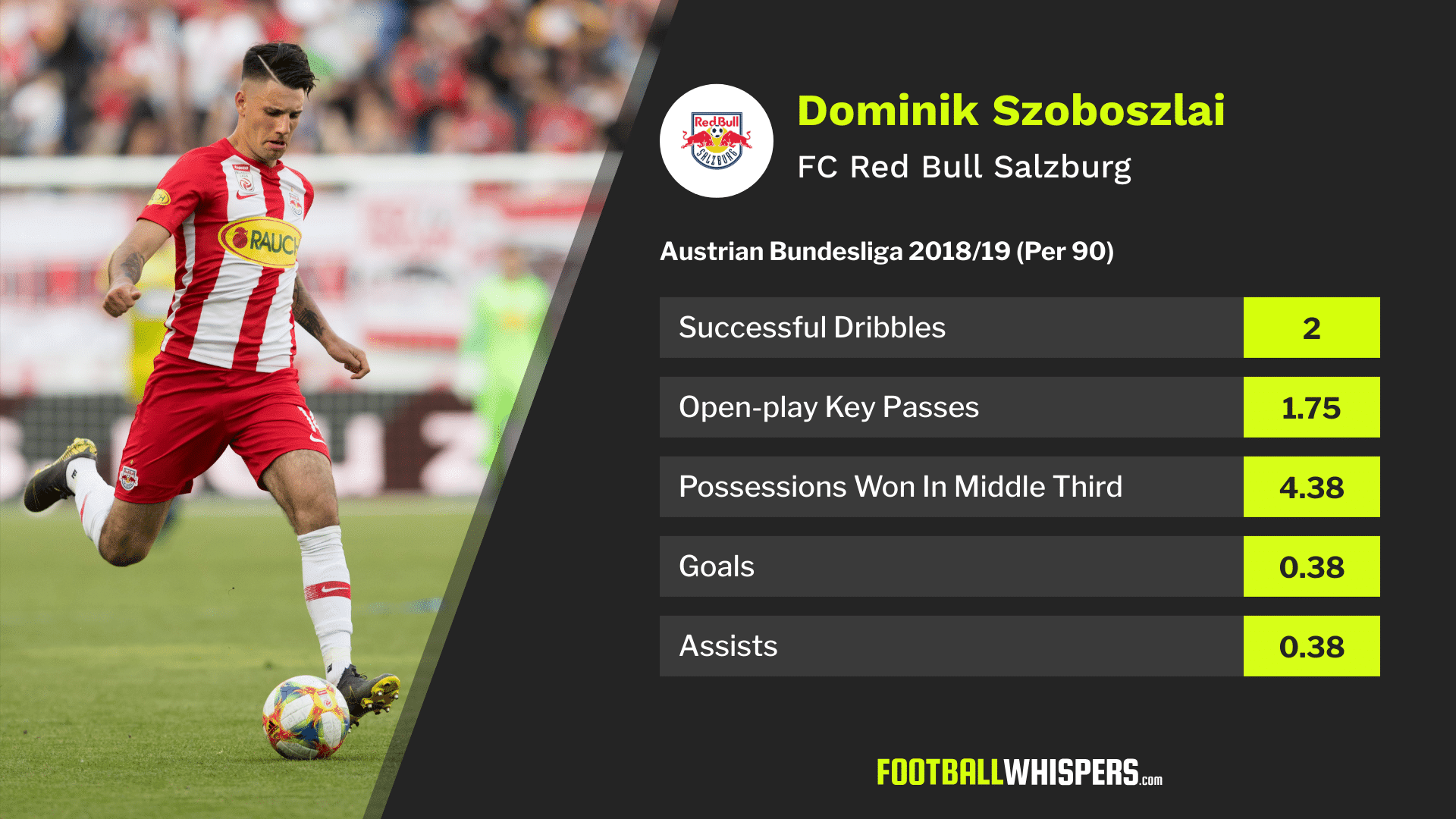 Despite his tender years, he was bossing the Austrian Bundesliga. The sample size isn’t the largest but to be completing two dribbles and playing 1.75 open-play key passes per 90 minutes shows he already has it figured out.

He carries the ball to create space for himself and others, and then he can pick out passes to utterly decimate defensive lines. In many ways he’s similar to Ramsey. A reliable goal threat from midfield who is fearless in possession and drives at the opposition.

Szoboszlai doesn’t just coast on his creative talents. The talented Hungarian has a desire and hunger which sees him contribute defensively, as highlighted by his 4.38 possession regains in the middle third.

His stats paint a picture of a player who could be one of the best in the world in his position further down the line. But right now he's far too raw to pick up the baton and replace Ramsey as the goalscoring midfielder in the Arsenal team.

The Gunners need to box clever in the market, but a team of their standard can't rely on an 18-year-old with fewer than 20 league starts to be their next great hope. Szoboszlai would be a handy squad player to have involved and one to develop into the next great No.10 at the club. But he's far from a guarantee.

Unai Emery can't be expected to battle top-six rivals with potentially world-class players. He needs players who can impact the game right now.