Back in the summer of 2015, all the talk at Chelsea was about two really exciting 17-year-old goal machines, Dominic Solanke and Tammy Abraham.

They had scored 82 combined goals between them at youth level in the 2014/15 season – 41 goals each – both one short of Neil Shipperley’s 42 goals for the youth team in 1992, which is believed to be a Blues record.

The talk was Chelsea may finally have found one, if not two players, who could come through their youth system and become regulars in the first team.
The two of them were born just 18 days apart back in 1997 and both joined the Blues at under-8 level.

While the two of them looked like they were destined for bright futures, if you were going to put money on one of them succeeding, it would have been Solanke – who in January 2015 had been named England Men’s Youth Player of the Year for 2014. 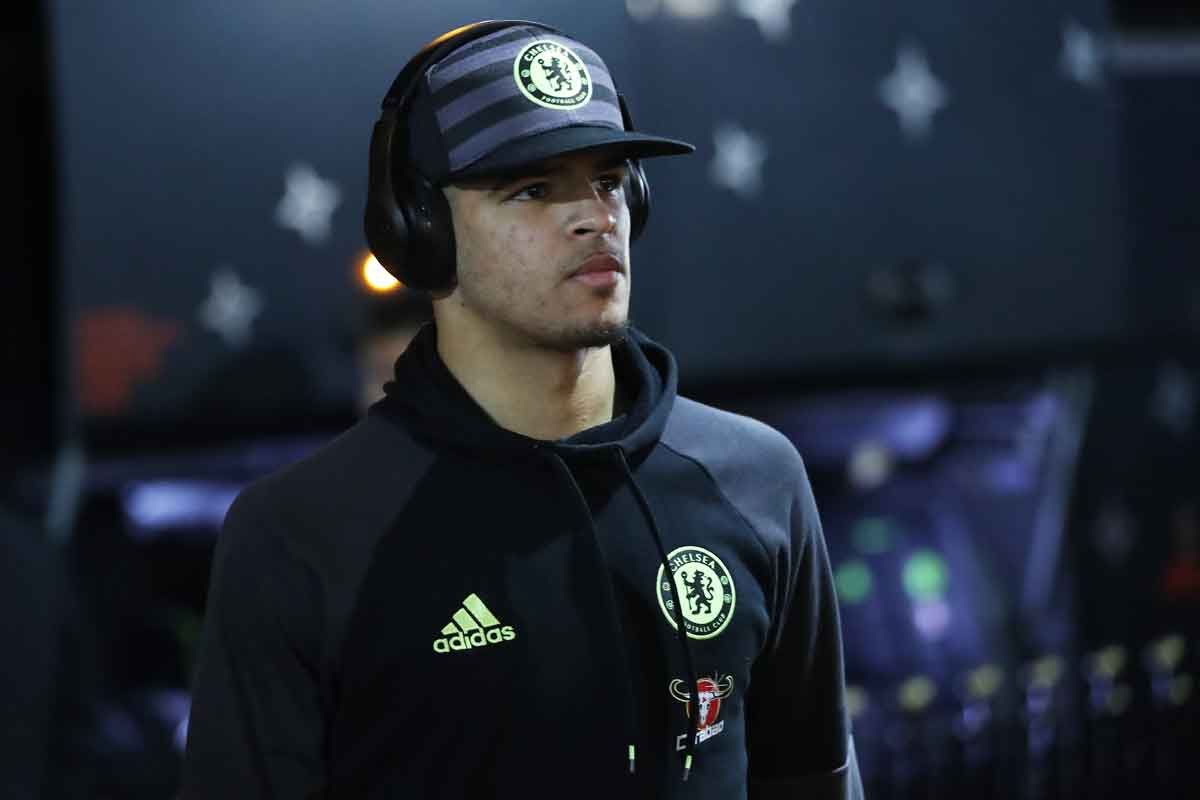 While Abraham was dominating the under-18 level, Solanke was a level above his compatriot, making most of his appearances at under-21 and under-19 levels.

He had also made his debut for Chelsea’s first time, coming on as a substitute for Oscar in a 6-0 win over Maribor in the Champions League.

Why was Solanke so far ahead of Abraham?

@Chelseayouth, one of the most knowledgeable source for anything to do with Chelsea’s academy, wrote in 2015: “The short answer is that his technical and physical progress has been a tick ahead of Abraham’s at each respective age groups, and in turn having the opportunity to work on his game more often against top quality team-mates and opponents.

“He’s also stayed relatively injury free for the last few years, whilst Abraham has had two or three spells out which may otherwise have seen him push on at an accelerated rate.”

Solanke did make his under-21 debut before Abraham, for both Chelsea and England, and was the first of the pair to go out on loan.

Heading out to Vitesse

He joined Vitesse – as so many Chelsea players do – for the 2015/16 season, scoring seven league goals in 25 appearances.

Solanke had hardly set the world alight in the Netherlands, but it was an acceptable tally for his first proper season at senior level – only finishing three goals behind top scorer Valeri Qazaishivili.

But if you compare that to other Chelsea youth prospects, Bertrand Traore had scored 14 league goals for Vitesse the previous season, while Lucas Piazon managed 11. 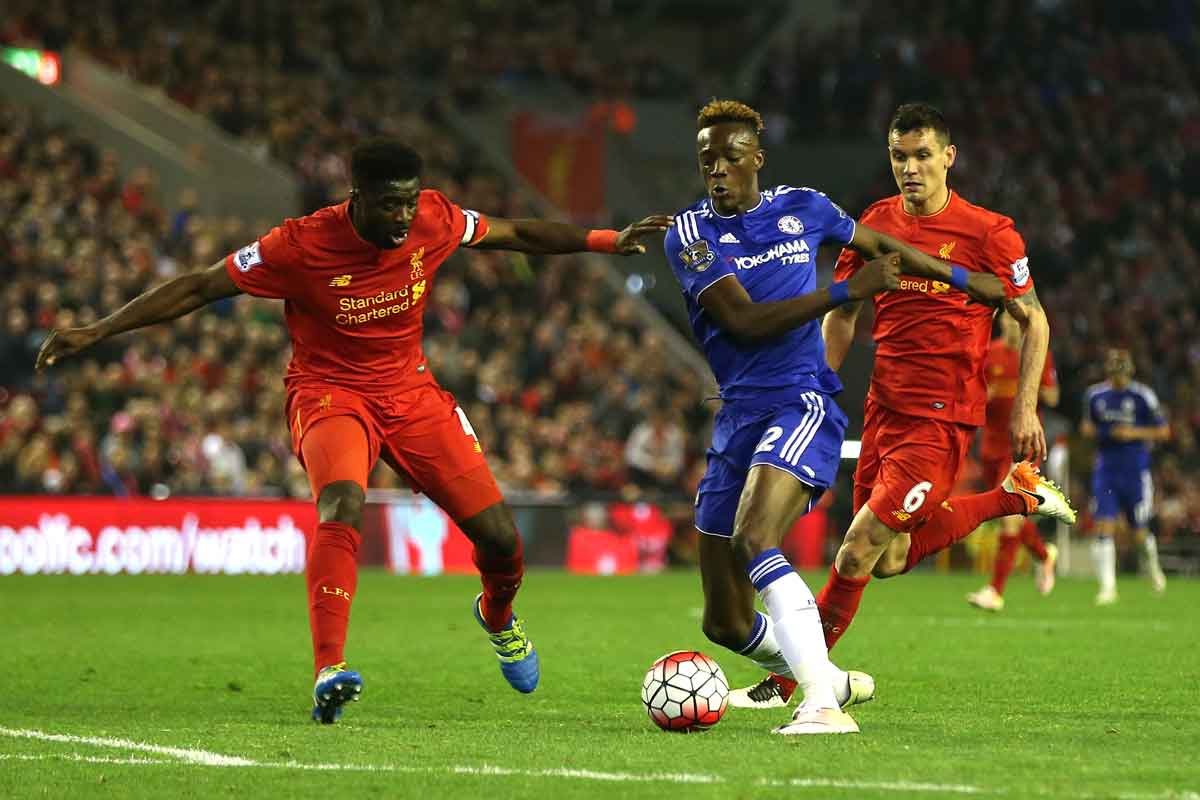 Both Solanke and Abraham were called up to England’s squad for the 2016 UEFA European Under-19 Championship.

That was almost a step down for Solanke, who was first called up to the under-21 squad in November 2015.

And when Antonio Conte arrived at Chelsea, he suggested there was a bright future for both Abraham and Solanke.

“The academy is a good school and it is very important for the club,” he told the club’s official website.

“If I can count on these players it’s a new source for me.

“In the future I want to see other very young players like Abraham and Solanke.

“I am very happy to have young players to work with, and who I can improve and permit to become Chelsea first team players, not young players.”

But Solanke’s career was put on hold.

The Blues did not want to send him out on loan as he only had a year left on his contract – their policy is to tie players down to long-term deals before sending them out on loan.

But Solanke’s contract demands of more than £50,000-a-week, including first-team guarantees – as per the Telegraph – have hampered his development seriously.

Abraham, by contrast is tied down until 2019, and has gone from strength to strength on loan at Championship side Bristol City. 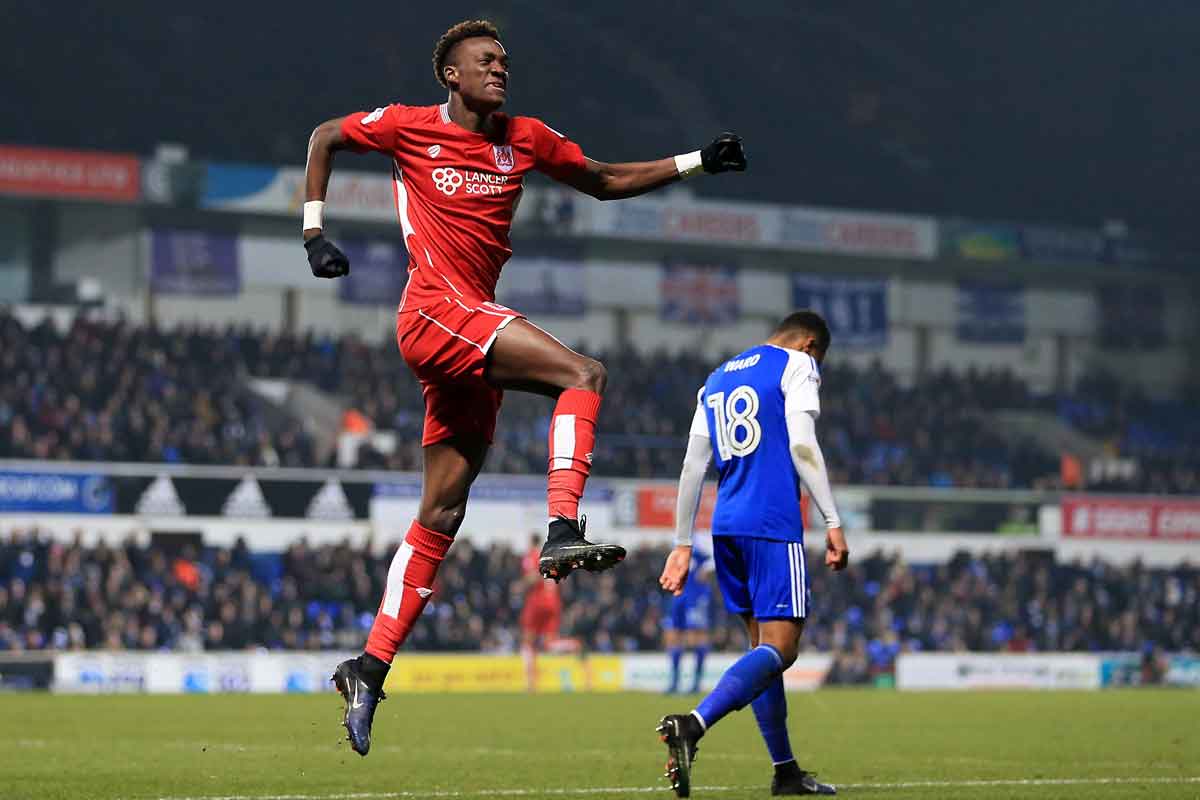 READ MORE: What would Alvaro Morata or Romelu Lukaku bring to Chelsea?

The 19-year-old has scored 21 goals in 37 appearances so far this season in all competitions, and has been largely praised this season.

Sky Sports pundit David Prutton hailed him, saying: “Abraham is the most promising young player in the EFL because of his aptitude to score goals.”

Only Dwight Gayle has scored more Championship goals than Abraham so far this campaign.

Solanke, by contrast, is yet to make a senior appearance this season.

Abraham has also taken his place in the England under-21 squad – and has a better goalscoring record there too. 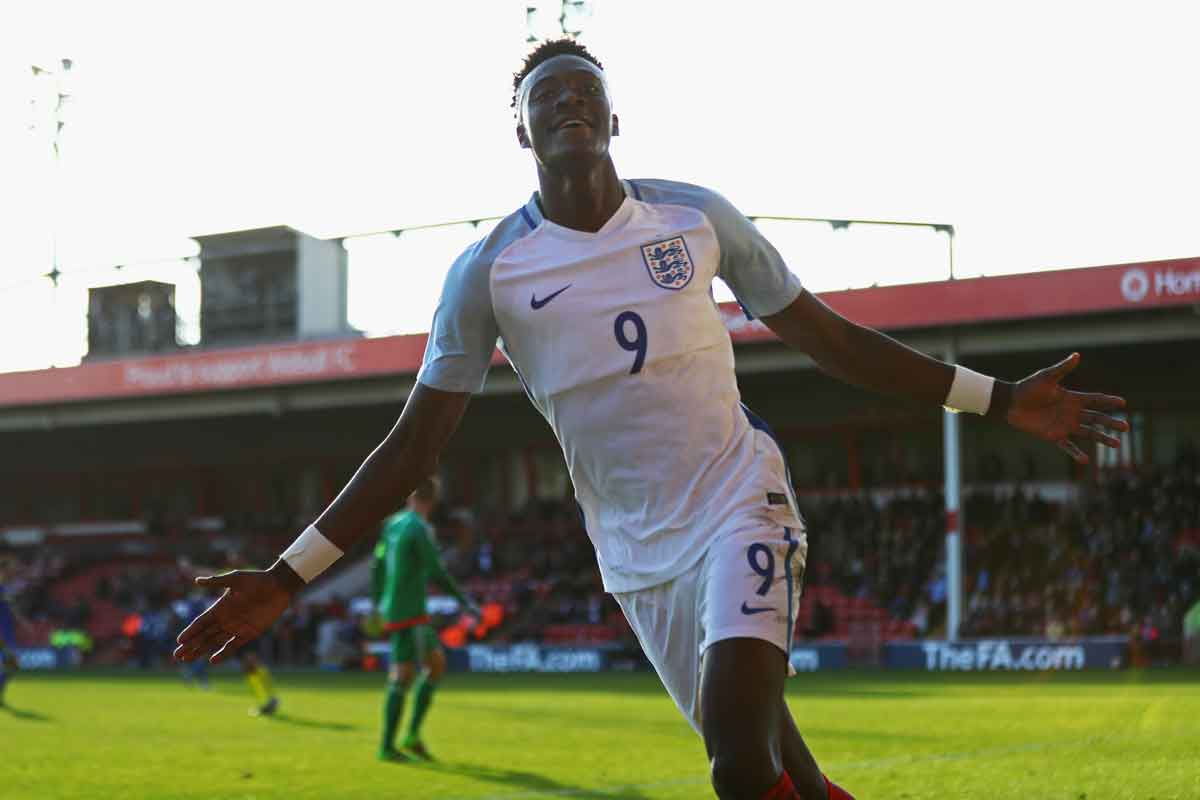 He has two goals in four games, while Solanke is yet to score in three under-21 appearances, and hasn’t been called up since March 2016.

When the summer comes, it seems a real possibility that Abraham could be given a chance with the Chelsea first team.

Conte has given opportunities to players previously sent out on loan – Nathan Ake, Victor Moses and Nathaniel Chalobah have all had opportunities they would not have expected this season.

Solanke, by contrast, will probably head for the exit door at Stamford Bridge.

At 19, he still has time to be a success elsewhere, but when he sees how Abraham has soared this season while his career has hit the buffers, he must be wondering what could have been.

Make sure you check out Football Whispers TV – Episode 11.