Zlatan Ibrahimovic was, alongside manager Jose Mourinho and midfield creator Paul Pogba, one of three marquee signatures secured by Manchester United over the summer in their bid to return to the top of English football after three years in decline following the retirement of Sir Alex Ferguson. However, so far the arrivals have been a veritable mixed bag.

Pogba has generally impressed, his recent wonder goal against Swansea City acting as solid evidence of a player increasingly at home within the team. At the complete other end of the spectrum, however, lies Mourinho, already bloodied and bruised after a series of underwhelming performances and bitterly disappointing results that leave United sitting sixth in the table. Ibrahimovic sits somewhere between the aforementioned two.

Last week the Swedish striking icon posted a video to his Instagram account of himself racing around on the back of a snowmobile. His caption simply read: “Find me.” Unfortunately, in the Red Devils’ latest Premier League clash — a 1-1 draw with Arsenal at Old Trafford — the Swede was nowhere to be seen. He was unable to take to the pitch due to his being suspended following an accumulation of yellow cards; this offered Mourinho an opportunity to assess his attack without Zlatan.

The results were fair. Marcus Rashford started up front in Ibrahimovic’s place, with Anthony Martial and Juan Mata supporting from the wide areas. (Albeit the latter acted more as a false winger than an out-and-out one.) The trio, with their combination of raw pace, athleticism, technical precision and flair, brought a greater fluidity and dynamism to the final third. And, while United didn’t get the win they wanted to close the gap on their rivals, they realised that it is possible for their attack to function without its star attraction.

This begs the question: Exactly how important is Ibrahimovic to this Manchester United team?

The player came to English football with a huge reputation, one that led to great expectations that were always going to be a challenge to fulfil. His goals record is phenomenal — in every single season for the past decade he has reached double figures. And, considering he hit a career-best of 50 in 51 appearances for Paris Saint Germain last term, there was little sign of deterioration prior to his summer move.

On top of his individual achievements, he has won titles in almost all of Europe’s major leagues, including the Dutch Eredivisie with Ajax, Serie A with Juventus, Inter Milan and AC Milan, La Liga with Barcelona and Ligue 1 with PSG. With such a long and established personal history of scoring goals and winning trophies, Manchester United fans could have been forgiven for thinking that an immediate Zlatan-inspired turnaround was on the cards this season.

But so far this sort of form has failed to materialise.

The beginning was rosy. A Community Shield victory over Leicester City came via an 83rd-minute Zlatan winner. In the process, United defeated the reigning Premier League champions, sealed a trophy and got a goal out of their superstar forward.

Ibrahimovic followed that up with a goal in the opening round of league fixtures against Bournemouth away, helping his team to a comfortable 3-1 win with an excellent all-round display. Then, in his first competitive appearance at Old Trafford, he found the net twice to ensure his side beat Southampton by two goals to nil. A victory over Hull followed before the striker scored his fourth Premier League goal in as many outings against Manchester City. And, while the latter match ended in disappointing derby defeat, the general consensus was that Mourinho’s side, and Zlatan, were serious title contenders.

However, over the course of his next 11 appearances, the striker would score just once and set up a solitary goal for a team-mate as the team’s form dropped off with a severity that caused some to question the manager and the star signings, Zlatan included. 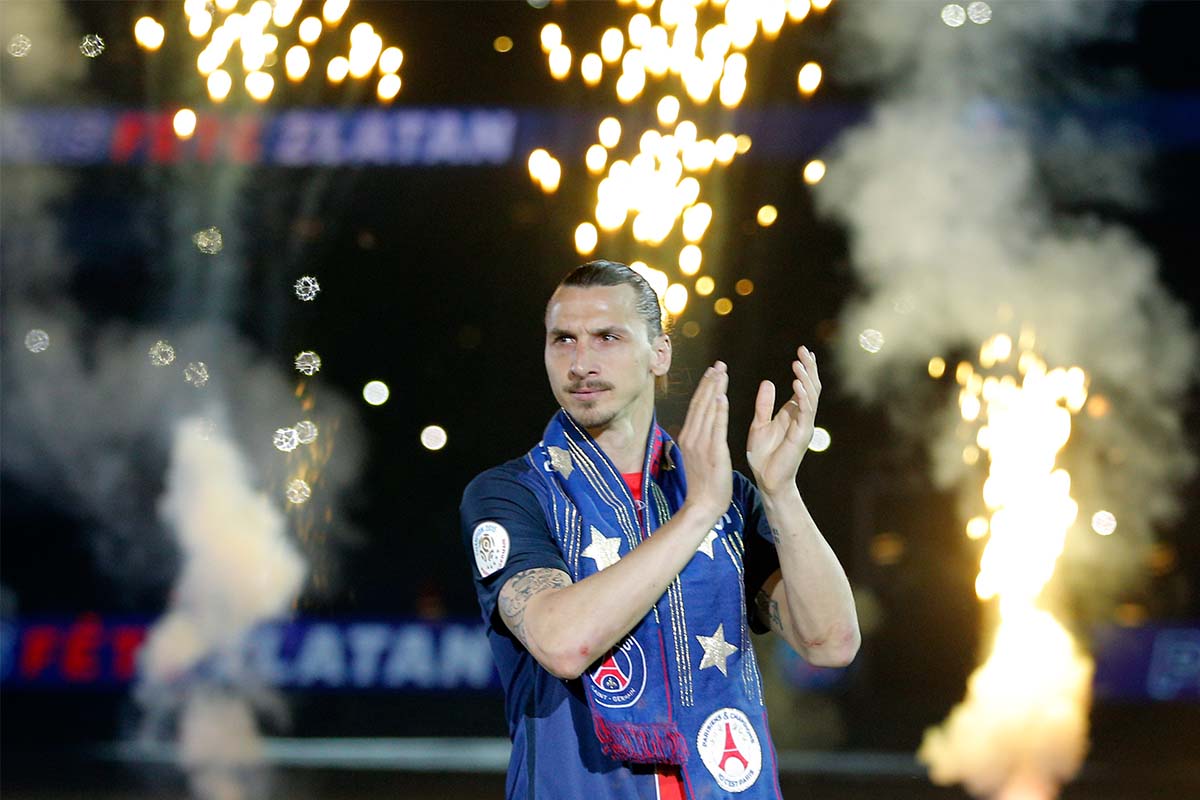 Europa League defeat to Dick Advocaat’s Fenerbahce heightened tensions, and Mourinho felt compelled to come out in defence of his primary attacking influence.

“He is playing well for the team. He’s creating a lot of chances and missing a lot of goals. If I remember Stoke, Liverpool, Chelsea [and] Burnley, he missed a lot of goals but he was fantastic in his dynamic, his working, his building up for the team, he was fantastic,” Mourinho told reporters. “[Against Fenerbahce] I cannot say the same. But in every match in the Premier League, even not scoring goals he’s being fantastic. His attitude is always brilliant. He’s not a guy afraid of his responsibility, so no problem at all.”

On 6 November, Ibrahimovic repaid the faith of his boss with a double salvo against Swansea. His first — a very deliberately set up effort from outside of the penalty box — was far from the most beautiful goal of the player’s career, but did act as an important release of pent-up emotion. His second was in the same vein, a technically imprecise run followed by a powerful shot, this time from close range.

Ultimately Zlatan’s goals on that day proved to be the difference between a draw and a win for United, but there remain some reservations over his effectiveness for the team, particularly as the lone striker atop the 4-2-3-1 and 4-3-3 systems that have thus far been favoured by Mourinho.

At 35 years of age, the Swede doesn’t have the pace to truly stretch opposition defensive lines with runs beyond. But his all-round play should not be overlooked. A fine technician with strong aerial ability, the capacity to hold the ball up and bring others into play and good passing, Ibrahimovic’s game is about more than just goals, something proven by the fact that, according to Squawka’s statistics, only four attackers—Wayne Rooney, Nolito, Roberto Firmino and Alexis Sanchez—have completed more passes in the Premier League this campaign.

But this skillset only comes to the fore when it is properly utilised. In games against Liverpool and Chelsea, where Mourinho set up his side in more of a 6-3-1 formation, Zlatan looked isolated and, lacking in pace and support, ineffective. With more fluidity of movement behind him and a team set up to create chances through more concerted possession, he should thrive.