Spartak Moscow’s Quincy Promes is reportedly once again a target for Liverpool in the January transfer window. The Mirror claim the Reds will make the move for the Dutch International after missing out on number one target Julian Draxler, who reportedly could not be wooed by Jurgen Klopp’s advances and opted to join Paris Saint-Germain.

Reports linking Liverpool with a move for Draxler, who was said to be disillusioned with life at Wolfsburg after being booed by his own supporters, only broke at the beginning of last week when Paul Joyce of The Times claimed Liverpool had cast an eye over him as they looked to bring in attacking reinforcements in January.

The German international was by no means a long-term target if reports are anything to go off and Dortmund’s Christian Pulisic is said to be the recruitment team’s preferred choice. 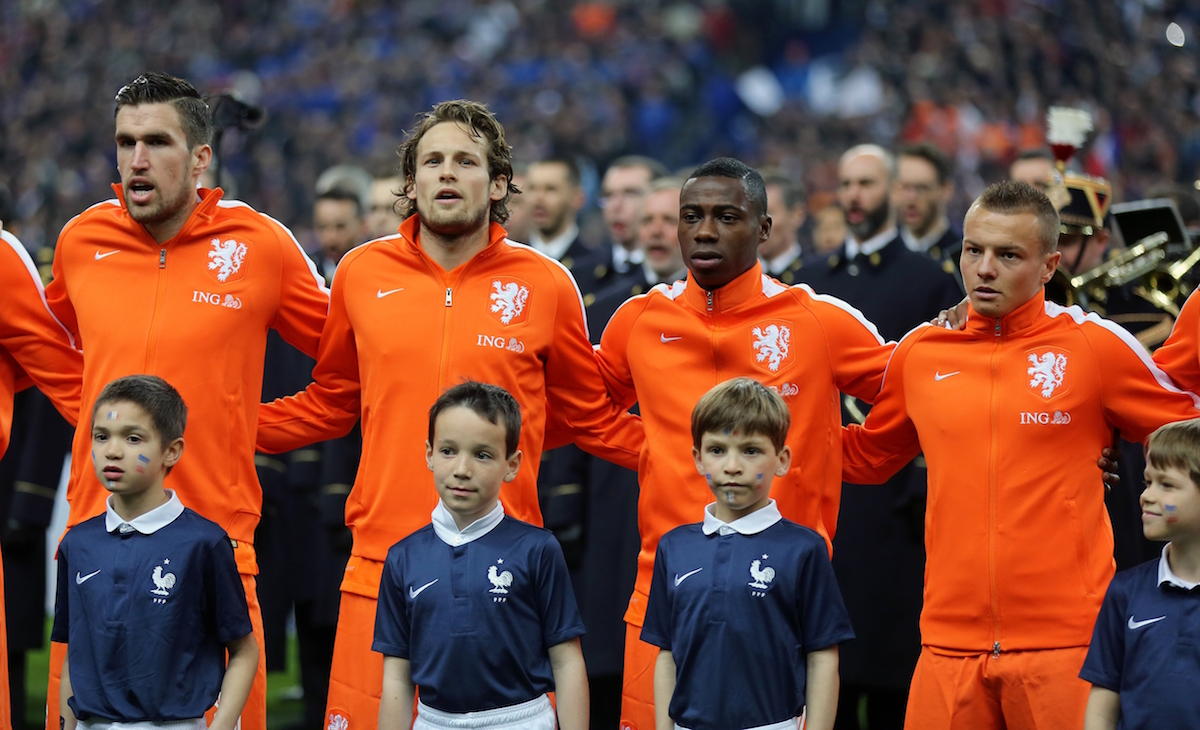 The report in The Mirror then goes on to claim Spartak have signed a potential replacement in experienced winger Aleksandr Samedov from Lokomotiv Moscow. However, reports in Russia suggest any deal for Samedov have stalled.

While a deal between the two Moscow clubs may be a little uncertain, what is certain is the fact Promes has a release clause in his contract and this isn’t the first link between the Reds and Gini Wijnaldum’s best friend, with the Liverpool Echo reporting interest in November.

Spartak general director Sergey Rodionov revealed the clause – “We will try to keep him, but yes, he has a release clause. How much, I do not tell.” However, reports have since suggested the release clause is around the £20 million mark. A fee that shouldn’t be an issue for Liverpool with owners FSG giving Jurgen Klopp their full backing.

So that’s two of the boxes ticked off, availability and price, but the third box, suitability, is the all important one for a Jurgen Klopp signing. Does Quincy Promes fit the profile?

A Closer Look at Promes.

Touted as a possible replacement for Sadio Mane who is going to be heading off to the AFCON in January, Promes will have to share some similarities with the £30 million man. He does.

The 24-year-old has the ability to play anywhere across the front line but he tends to start on the right hand side for both club and country. Spartak have switched between a 4411 and a 4231 system and Promes is on the right of the midfield four or the right of the three behind the striker. However, like Mane in the Liverpool system, Promes drifts in field a lot of time and impacts the game centrally. 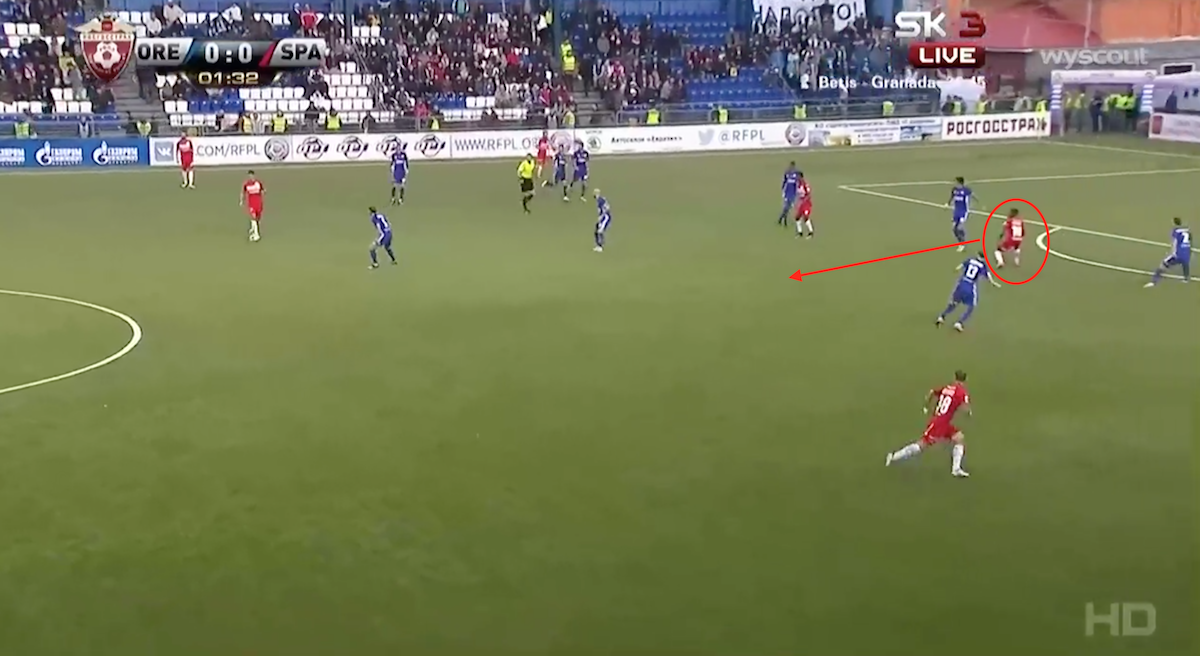 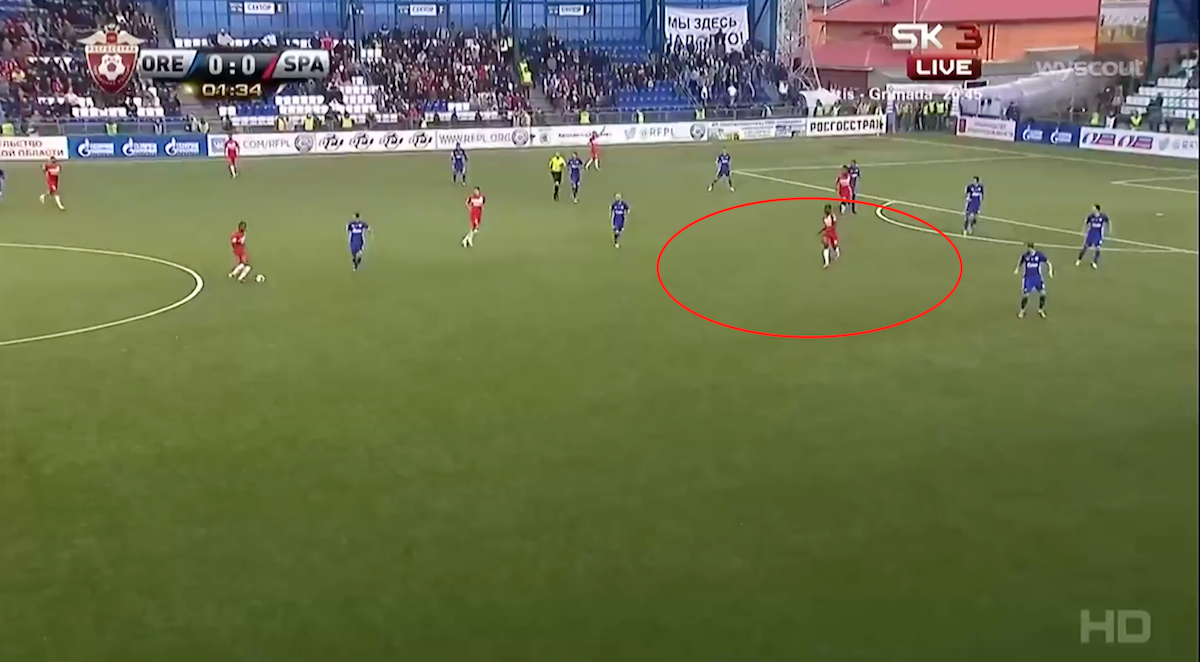 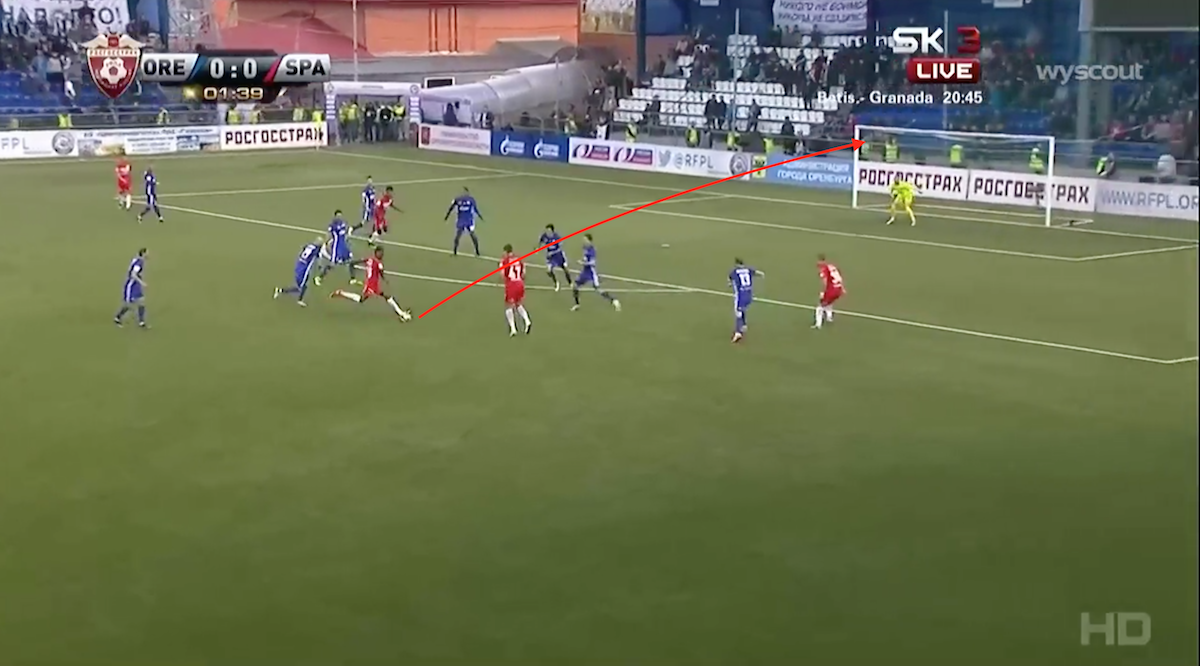 In the pictures above you see Promes in a central area. He’s drifted in from the right hand side and is occupying the centre-backs before he intelligently drops off. In the second picture you can see that he’s in acres of space with no defender tracking him and all the midfielders ball watching. He receives the ball, turns on it and plays a one-two before rifling it into the top corner to give Spartak the lead. He’s forever finding himself in similar positions to Mane at Liverpool.

Both Mane and Promes are creative, both have the ability to beat their man on the outside or take it past them on the inside, both can use either foot and both are a goal threat from wide.The former, to the naked eye at least, appears to be quicker than the latter but Promes isn’t short of pace.

The former FC Twente man joined Spartak in the August of 2014 for a reported £9.5 million. In his only full season playing for Twente (2013/14) he scored 13 in 33 appearances. In his two full terms at Spartak he’s scored 31 times in 58 games and in the 14 games he’s featured in so far this season he’s scored six goals and he also has six assists to his name.

While many may claim he’s only done it in the Russian league, his style and the threat he poses from wide areas are transferable. It’s the profile which is important and not the actual history of the player. Take Christian Benteke as an example. The big Belgian has a history of goals but he excels in a certain style. Liverpool didn’t play to his strengths and he stuck out like a sore thumb.

The Belgian's history of goals counted for nothing. Whereas Mane, who scored goals at Southampton, has been able to seamless transition into this Liverpool side because his strengths align with the team's style. His style was what was transferable, not his goal record. The same could be said for Promes. 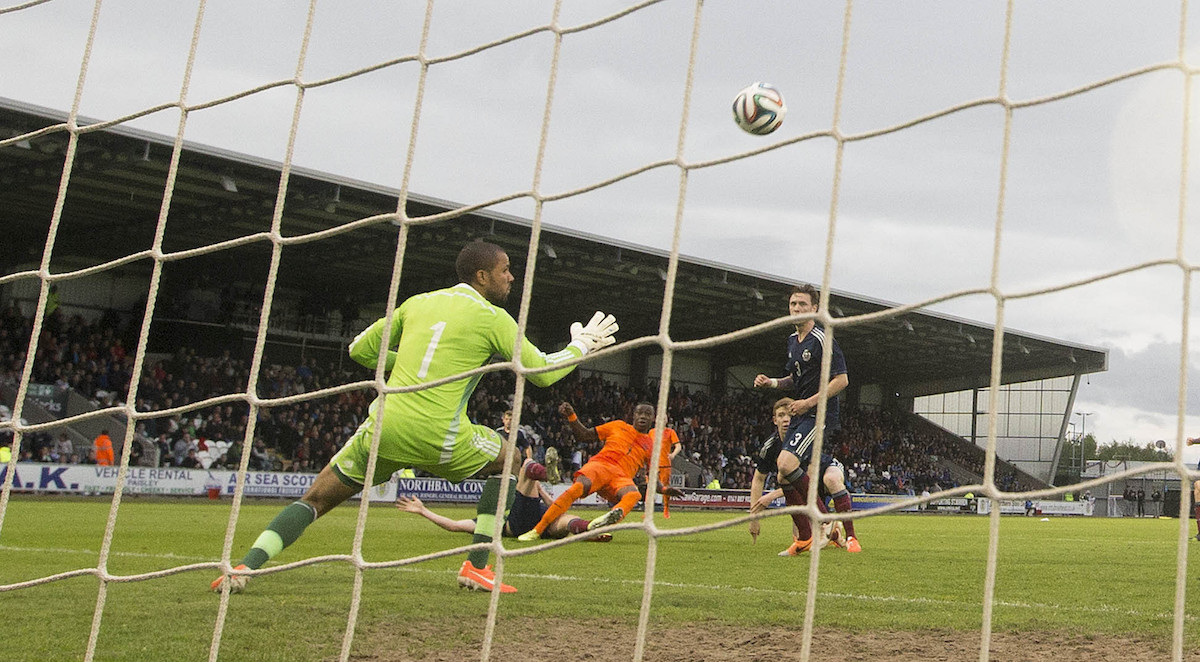 Statistically Promes looks good and holds his own. In 103 matches he’s scored 48 goals and has 21 assists. Per 90 minutes – he averages 3.1 shots, has an 81% pass success rate from 36 attempted passes, he completes 2 dribbles and averages 1.5 tackles and interceptions.

How does he stack up to his Liverpool counterparts? So far this season Coutinho has five goals and five assists to his name, he’s averaging 3.8 shots per game, completes 84.4% of the 50.4 passes he attempts, he completes 2.5 dribbles and a combined 2 interceptions and tackles. Mane has adapted to life at Liverpool with relative ease and has 8 goals and 4 assists so far this season. He has 2.4 shots, attempts 42 passes but completes just the 78.3% of them, completes 2.6 dribbles and 1.4 tackles and interceptions.

Question marks arise over Promes’ defensive contributions. Mane has been brilliant in attack but he’s been just as good defensively and often helps Nathaniel Clyne and fills in for Adam Lallana when he pushes on. Would Promes be disciplined enough to do that? Aside from that, he appears to tick all of the boxes.

Can Quincy fulfil his Promes at Liverpool?

Promes has a deal with Spartak until 2021 and the chairman reportedly said he wouldn’t sell for less than €40 million when Chelsea were reportedly interested last winter. However, the reports of a release clause changes things and works in Liverpool’s favour. Although he only signed a new deal last year, which saw his salary doubled, the Reds would be comfortably able to improve the £53,000-per-week he currently earns. But would the Reds be comfortably paying £70,000-per-week to a squad player?

Liverpool have dealt with Promes’ agent, Sports Entertainment Group, in the past when they spoke to Memphis Depay prior to his move to Manchester United. Reports suggest it was the club who pulled out of the deal to concentrate on securing the services of Roberto Firmino and United acted swiftly to capitalise on this. Despite this there’s a relationship between club and agent, and it’s one that’s not been soured.

All of this could work in Liverpool’s favour and may result in them signing a quality player that fits their profile for a relatively bargain price of £20 million. Next to nothing in today’s market.