Since returning to the Claude Puel's job being under threat fly in the face of that.

The Saints pride themselves on making progress despite losing players and managers hand over fist in recent years. Wholesale departures have been part of the routine at St Mary's for the past few years. But each summer, the club have regenerated with hungry young players.

Even losing Mauricio Pochettino to Tottenham Hotspur proved no issue, with Ronald Koeman coming in and bettering what the Argentine had done during his 18 months at the club.

After finishing 14th in their first campaign back in the Premier League, Southampton have finished eighth, sixth and seventh respectively. However, with five games remaining, including clashes against Liverpool, Arsenal and Manchester City, a bottom half finish is a real threat.

With that in mind we look back on Puel's first season at St Mary's and whether he should be afforded a second term on the South Coast.

The script which has become so familiar was followed to the tee last summer. Three key players left with Sadio Mané moving to Liverpool, Victor Wanyama joining Spurs and Graziano Pellè heading to Shandong Luneng.

Those deals raised more than £64million with an outlay of just £44million to replenish the squad. And Puel looked to have done well, snapping up Norwich City's exciting young winger Nathan Redmond, adding the highly-rated Pierre-Emile Höjbjerg from Bayern Munich and snaring Lille winger Sofiane Boufal to pep up his attack.

But here's the thing. After a while that inconsistency proves unconducive to improvement, particularly when the boss has changed three times in as many years.

Although the Saints – like Swansea City – have set up an infrastructure which reduces the importance of the head coach, and means the identity of the person in that role can be interchangeable with minimal disruption to the players, it is impossible to ensure there will be no turbulence.

For the first time things have not been entirely smooth at St Mary's. The loss of three key players, coupled with the exit of Koeman to Everton, has proven slightly too much to handle. 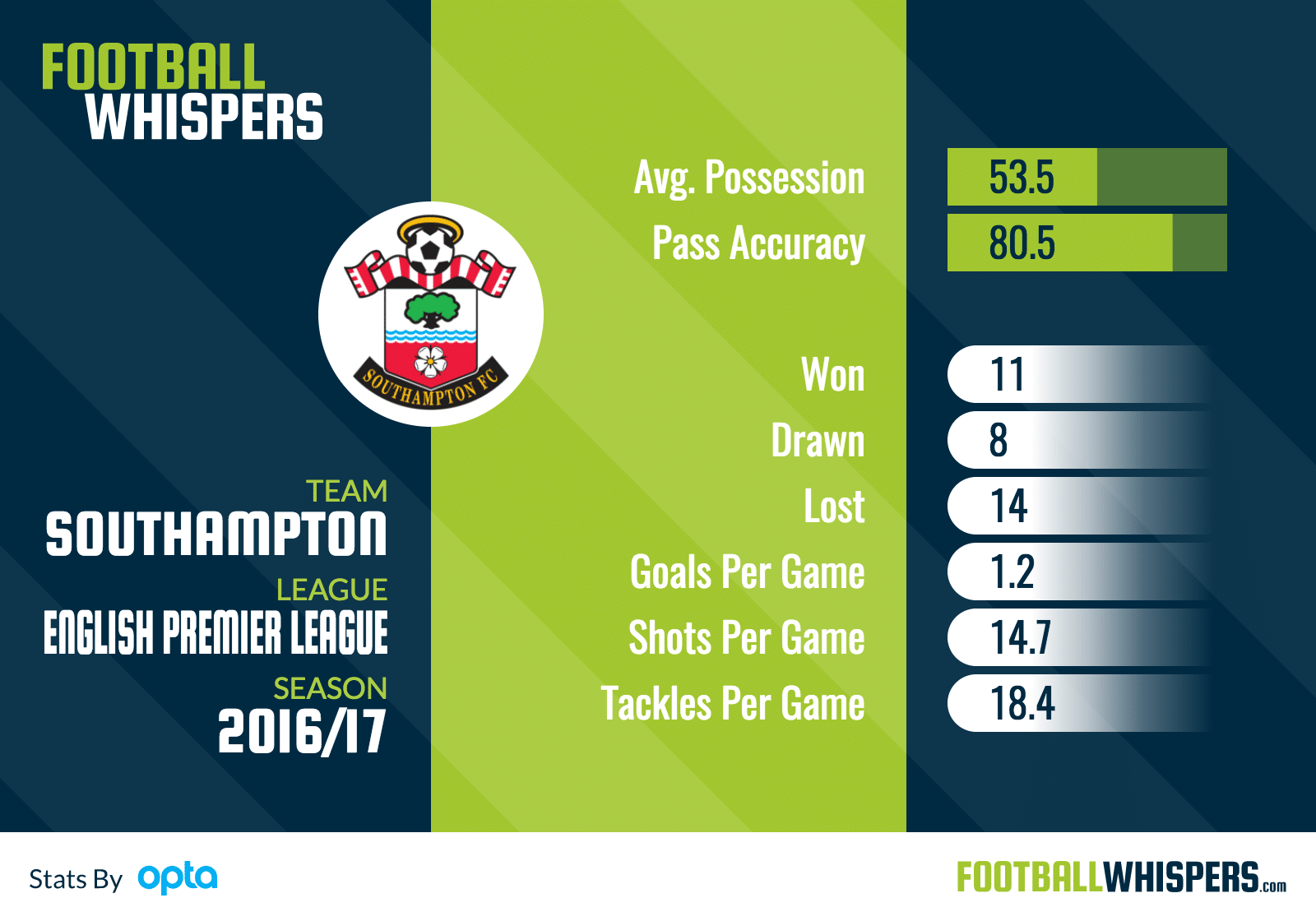 What has been particularly worrying is Southampton's home form. With just six wins at St Mary's only West Ham United, Middlesbrough and already-relegated Sunderland have triumphed in fewer matches in front of their own supporters.

Of even greater concern is the fact the Saints have scored just 17 times at home this season – the third-worst record in the Premier League. Only Sunderland (16) and Boro (15) have found the back of the net with less regularity.

That is hardly surprising given the club's top two scorers from last season, Pellè and Mané with 11 goals apiece, both departed in the summer. This term Charlie Austin – injured in December – and the impressive Redmond share top-scorer duties with six each.

Boufal was expected to take some of the pressure off the club's forwards. But with a single goal and no assists the Moroccan attacker has failed to live up to expectations in his maiden season in the top flight.

That issue was addressed in January when Puel spent what now looks like a bargain £14million to sign Italian international Manolo Gabbiadini from Napoli. He has bagged four goals in seven Premier League starts – as well as two in the EFL Cup final defeat to Manchester United.

Had the 25-year-old been with the club all season it is not inconceivable to suggest those goalscoring statistics would make far better reading. Particularly as Southampton have taken then seventh-most shots in the top flight with 473.

The arrival of Gabbiadini has given Southampton the reliable forward they have been missing all season, the forward they needed to put away the chances they create. The six-cap Italian international's record of 38 goals in 158 Serie A appearances should be a cautionary note.

But if he can extrapolate his form since joining the Saints over the course of an entire season he could be pivotal – potentially the next player to leave for big money. 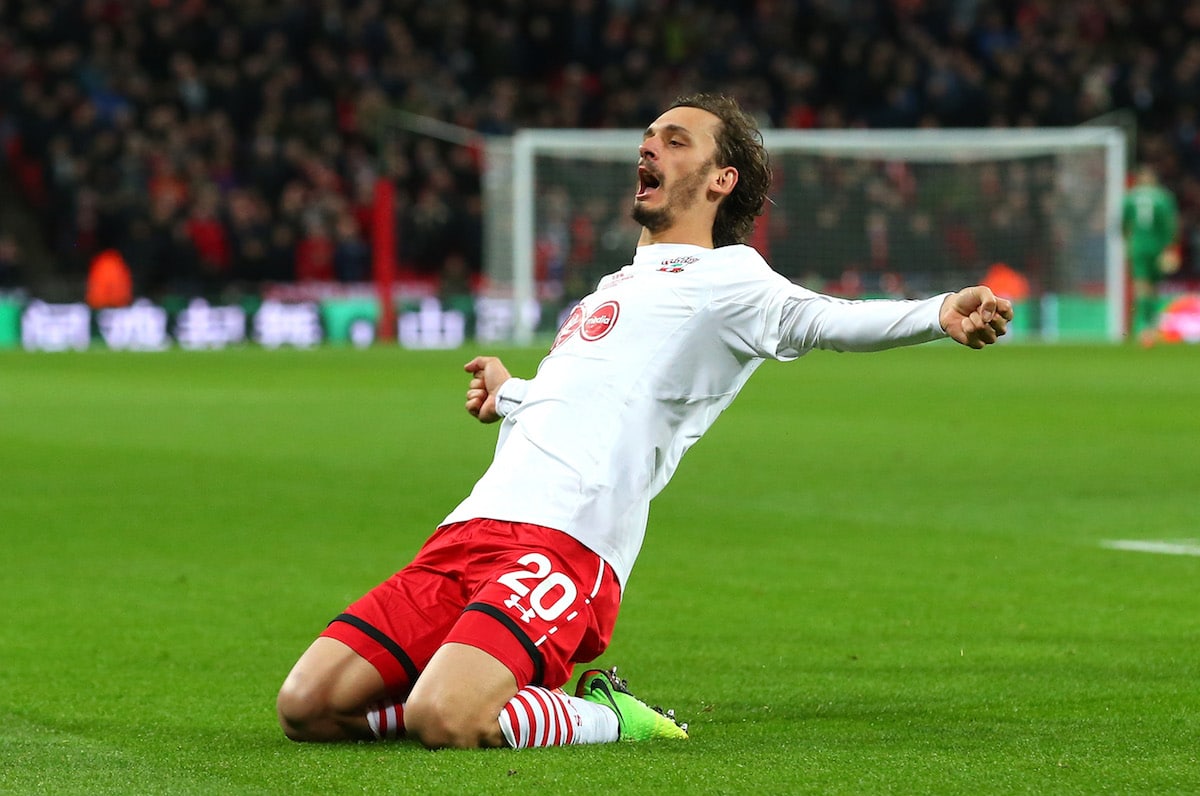 Gabbiadini scored twice in the 3-2 loss to Manchester United in the EFL Cup final – he would have had a hat-trick but for an incorrect offside call – and competing for silverware is a big step forward for the Saints.

A club of Southampton's standing should be looking to contest trophies and the Saints could count themselves unlucky not to win. It was the Zlatan Ibrahimović show at Wembley with the Swede proving the difference between the two sides.

In Europe there was also an element of misfortune as Southampton narrowly avoided progressing to the knockout stage by virtue of their head-to-head record with Hapoel Be'er Sheva. The Israeli side advanced despite conceding more and having a worse goal difference than Puel's side.

This summer Southampton will hold their annual sale with Virgil van Dijk, as first reported by Football Whispers, a £50m Liverpool transfer target. The Dutch centre-back has also attracted interest from Manchester City and will move to one of the Premier League's big boys this summer. 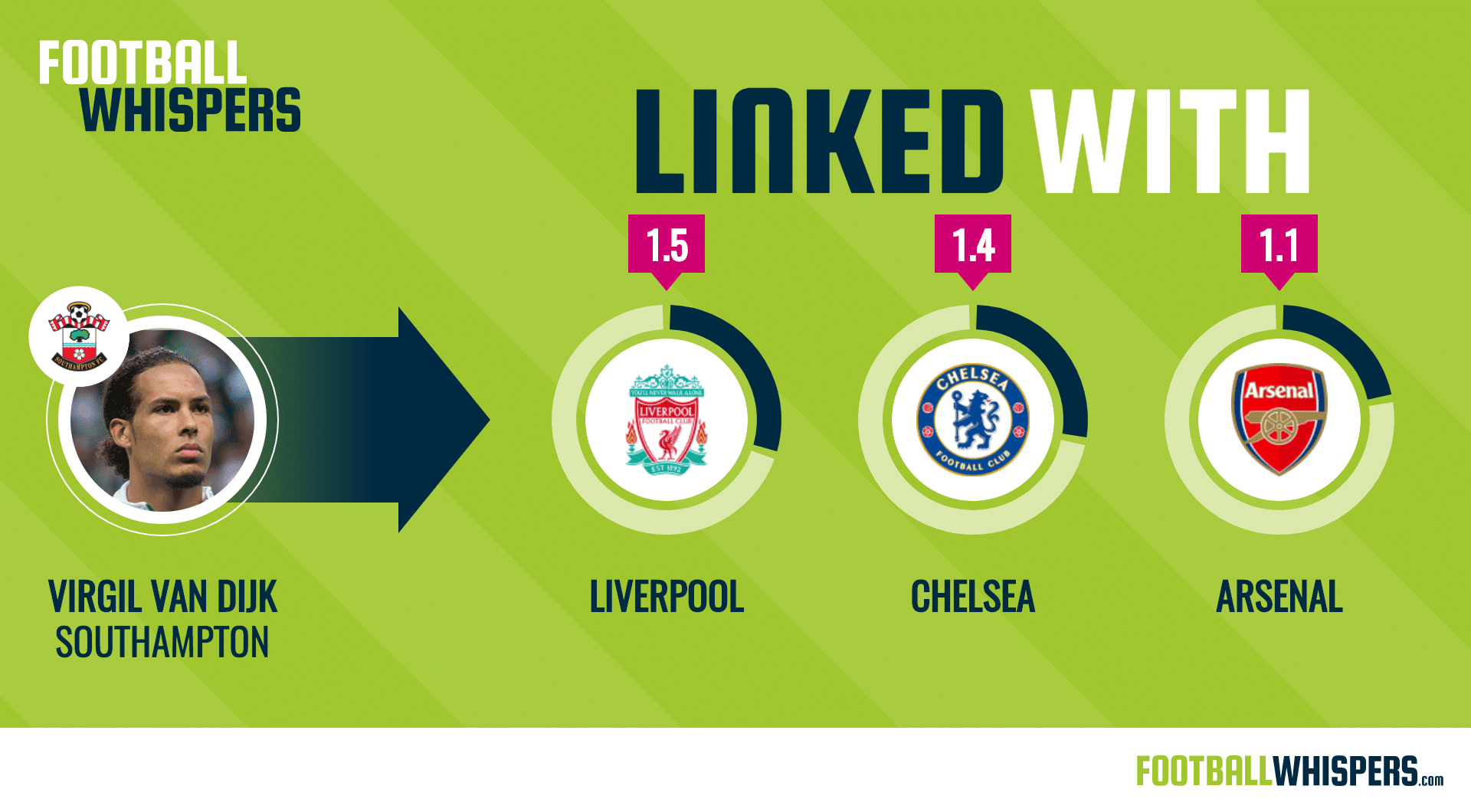 On top of that, Ryan Bertrand is reportedly a Chelsea transfer target with the Blues keen to re-sign the England left-back. But this is nothing new for the Saints. They are used to have their star players cherry picked and they have always found a way to continue their upward trajectory.

The involvement of homegrown players Jack Stephens (13 appearances), Sam McQueen (13) and Matt Targett (4) is cause for optimism under Puel. One of the few criticisms levelled at his predecessor, Koeman, was his lack of interest in the club's young players. But Puel cannot be accused of that and those young players will get further opportunities next season assuming the van Dijk and Bertrand depart.

Upheaval every season is guaranteed at Southampton. The Saints board should not pull the trigger after one, minor, blip and instigate further, unnecessary, change.