Divock Origi’s time at Liverpool since his move from Lille has been far from straightforward. Inconsistency has seemingly plagued his career to date and it’s this which potentially threatens to bring a premature end to his spell at Anfield.

L'Equipe claim he's been offered as a makeweight in Liverpool's bid for Thomas Lemar and Origi's Dad has spoken out about the possibility of joining Tottenham Hotspur.

Back in May Football Whispers exclusively revealed that Monaco held an interest in the Belgian striker.

Where did it all go wrong for Origi at Anfield?

He signed for the Reds on a high off the back of an impressive showing at the 2014 World Cup. His capture was met with great excitement – there was a lot of hype surrounding him, he was better than Everton’s Romelu Lukaku and he was tipped to be a future world beater.

To secure the services of the player, the Reds had to part with a reported £10million and agreed to loan the striker back to the French side for a year to get much needed exposure to first-team football.

Origi has scored only eight goals in 33 Ligue 1 appearances which included a 20-game goal drought between October and March. The majority of the goals came via the penalty spot. He also had the misfortune of being named in the Ligue 1 worst team of the season.

He arrived at Anfield under a cloud of uncertainty. In the space of a year he had went from a potential bargain to yet another Florent Sinama Pongolle or Anthony Le Tallec.

Jürgen Klopp replaced Brendan Rodgers at the helm and in his first match, away to Spurs, Origi got the nod to lead the line in the absence of injured pair Christian Benteke and Daniel Sturridge. He looked out of his depth and was dropped from the first-team as the German manager looked to work with him in training.

The Year of Divock Origi 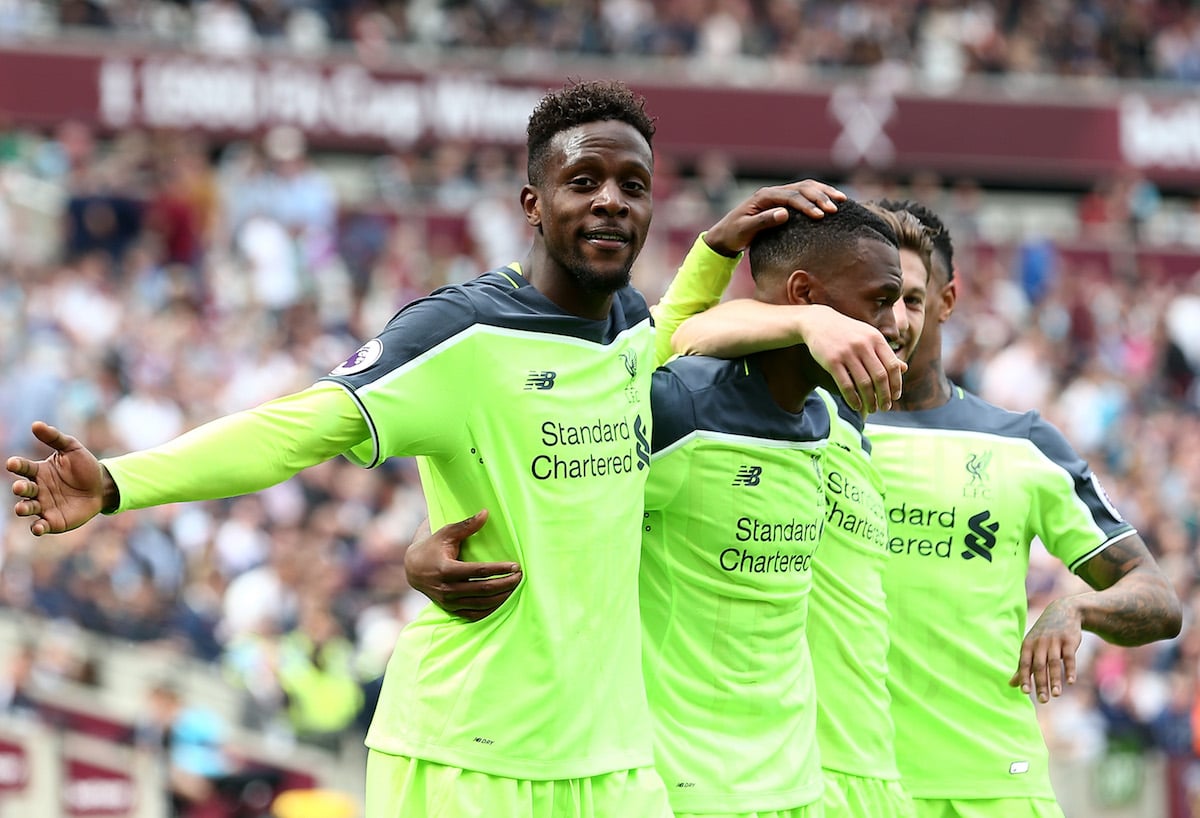 The tough love worked. Upon his return he looked visibly bigger and it was revealed he had put on four kilos of muscle since after Klopp told him he needed to ‘play like a man’. Origi, backed by his manager, now looked like a real handful.

He was big, powerful, quick and he wasn't afraid to show off his new found confidence either.

He was scoring a variety of goals during an increased run in the first-team but it was his performances in general which left people wondering whether or not he could be the latest in a long line of successful projects the former Borussia Dortmund manager had undertaken throughout his coaching career.

As the season wore on it became apparent that ‘Big Div', as he’s affectionately known, was a key part of this Liverpool side. He got the nod in the Europa League quarter-final against Borussia Dortmund and he did a superb job defensively nullifying Julian Weigl. He scored in both legs against the German giants as the Reds progressed.

The game has changed

This season though he’s failed to reach repeat such performances. He’s got 11 goals in all competitions, including seven in the Premier League, but his overall contribution is waning.

He scored sublime goals against both Sunderland and Middlesbrough but contributed very little else to those matches and in the modern game that’s just not acceptable. Strikers, forwards, attackers, whatever you want to call them, are judged on more than just their goal record now.

It may not be important to some managers but it’s impact on the team is pretty high up on the list of things Klopp looks for in his strikers and it’s perhaps why Origi found himself on the bench for a period of time. He was third in line behind Roberto Firmino and Daniel Sturridge.

“I am somebody who loves football. You want to play every game and I’m always confident that I can help the team and bring my qualities.

“I want to make it hard for the manager to leave me out. When he has a problem choosing his team then that can only be a positive

“I want to play, I want to earn my place. You have to show everything in training. That’s my main focus. To give everything I have.”

While it’s admirable that the 21-year-old wants to fight for his place in the first-team, there is an argument to say he’s been given countless opportunities this season and simply failed to take them. He can go from devastating to frustrating in the blink of an eye and prolific to wasteful just as quickly.

He got his chance again in the first-team due to an injury to Mané. He was given the central role with Firmino being shunted out wide. He scored after replacing the injured Senegalese speedster against Everton. He followed that up with a goal against Bournemouth but then went five matches without scoring. He ended his drought against West Ham in the recent 4-0 victory.

When you compare this season’s stats to those he posted during the 2015/16 campaign, league only, it’s quite telling. The following are all per 90 minutes.

In every single one of the above stats Origi fared better last season.

For the Belgian to fulfil his potential and rid himself of this consistent inconsistency he needs regular first-team football. Is that something he can get at Anfield? If not, could the boat have sailed for Origi in his quest to be one of the leading strikers for the red half of Merseyside?