To win the Premier League you need a perfect storm of quality throughout the squad, luck and the right mentality. This current Tottenham squad seemingly falls short in one of these areas.

The latter often goes under the radar because of the emphasis placed on the former two. You often hear commentators mentioning lady luck and managers talking about strength in depth. Having a ‘winning’ mentality, which basically means having a history of triumphs as part of a team even if the player wasn’t an integral member, is also considered to be a defining factor in the quest for silverware.

While a winning mentality will play a part in helping a team develop, what should be considered more important is how a squad handles situations which aren’t going in their favour. All athletes want to win. It goes hand in hand with being a competitor. But knowing how to lose is just as important.

Spurs have the luck and they have the quality but they don't know how to lose. 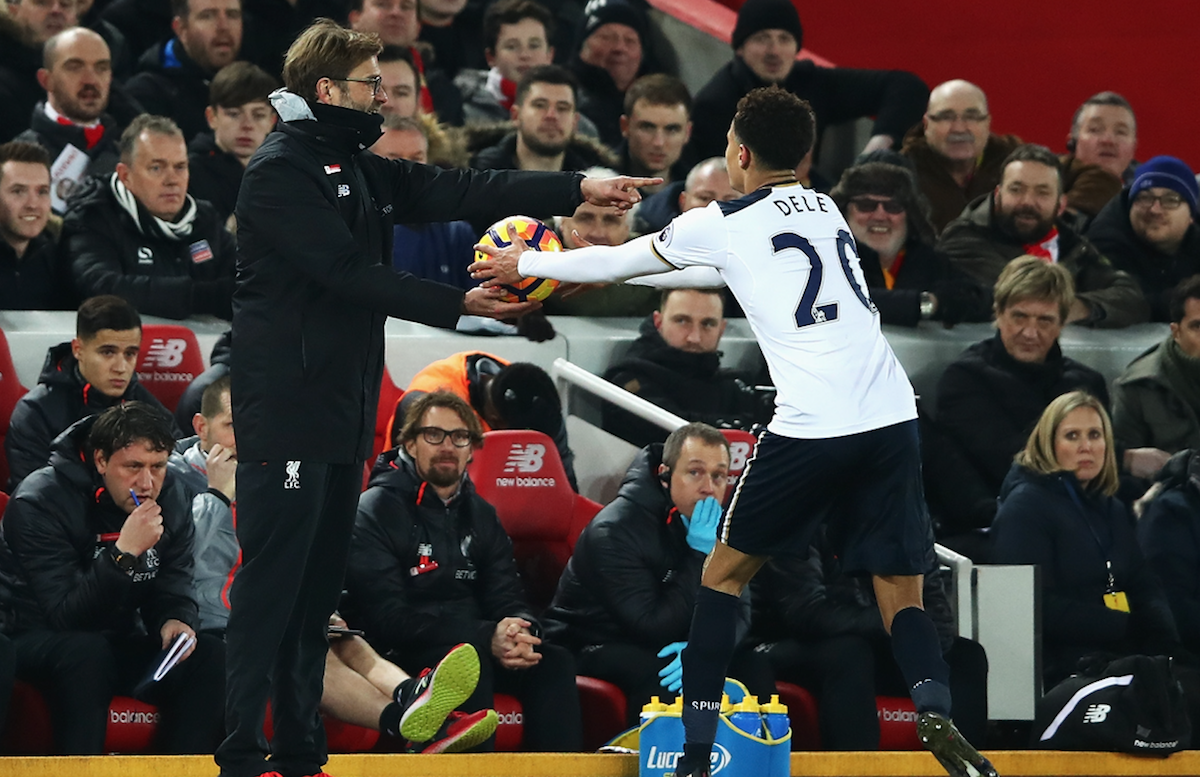 Petulance once again threatened to derail their season.

The 2-0 defeat to Liverpool on Saturday evening once again highlighted why the immaturity which runs through the Spurs squad will hinder their title bid and will continue to do so until it’s addressed.

His side picked up five yellow cards against Liverpool with Dele Alli being fortunate not to add to that total after getting away with a series of bookable offences. Truth be told, Spurs were fortunate to finish the match with a full complement of players.

Heung-Min Son could have easily seen red for the reckless lunge at Roberto Firmino which caught the Brazilian at waist height. On another day a referee could have seen Harry Kane’s tackle on Nathaniel Clyne as a red card offence and Dele Alli could’ve received his marching orders for a culmination of mistimed tackles and frustrated pushes.

It wasn’t that sort of game either. Spurs just appeared to lose their heads in a big game, again. Frustration got the better of them. It was by no means as volatile as the Spurs match against Chelsea towards of the end of last season but the games did share some similarities.

Spurs surrendered a 2-0 lead at Stamford Bridge and at the same time saw their title dreams come to an end. The away side picked up nine yellow cards, a league record, as the pressure got to them in what was a must-win game. 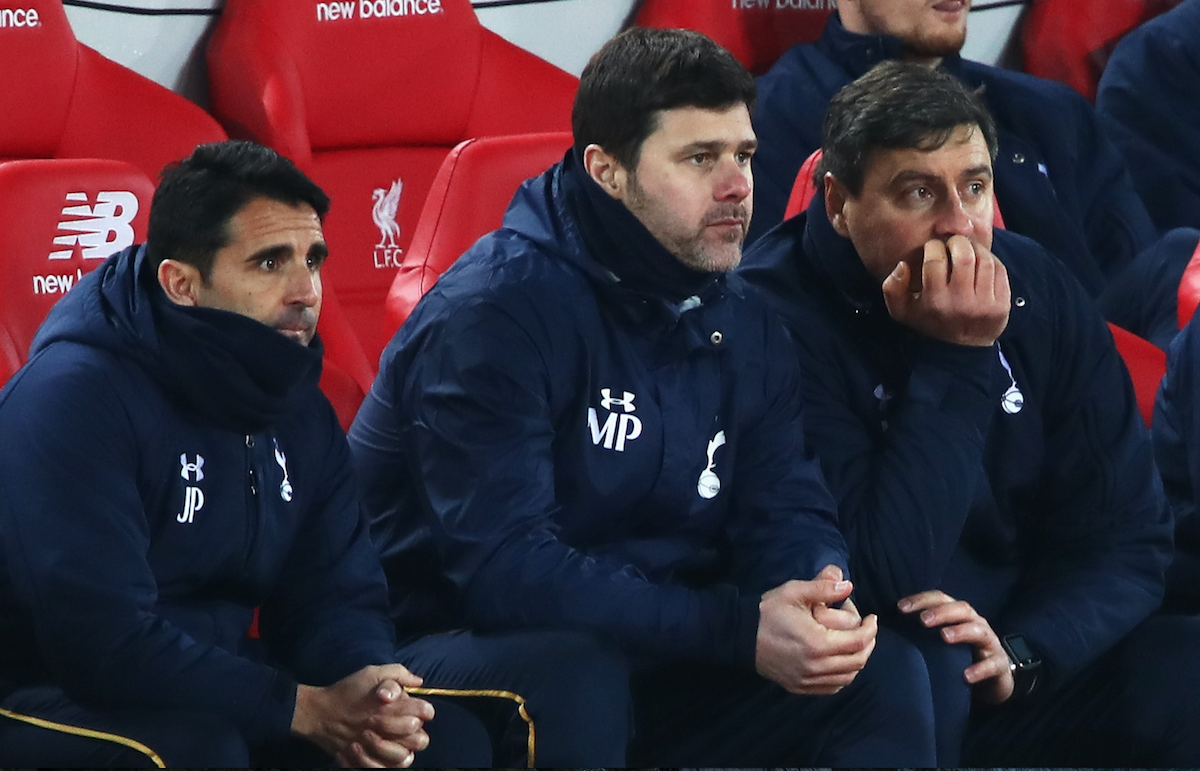 After the 2-2 draw with Chelsea, Pochettino had this to say: “It's football, we are men, they are men. We need to show we are strong.

“It was a good lesson for us, we are the youngest squad in the league, we feel very proud and our supporters need to feel proud too, we have massive potential for the future.

“We are disappointed because of the title but we need to be realistic and congratulate our players. Next season we need to be stronger than this season and try to be in the race.”

However, after the recent visit to Anfield it was clear the Spurs manager was disappointed that his players had failed to learn from the mistakes of last season.

“We are in a position that is up to us. But if you show like today that you cannot cope with the pressure to play to win the league than it is difficult to challenge and fight for the Premier League.

“In the first 45 minutes you saw a team that is not ready to fight for the Premier League.”

Dele Alli missed the Chelsea match after picking up a suspension after the FA reviewed footage of him punching West Brom’s Claudio Yacob during their 1-1 draw.

“We need to try to teach him. He is a young player and he has a lot to learn about elite football.” said the Argentine manager.

That was last year and it appears Alli still has problems with frustration. He may still be young at 20 years old, but he's not inexperienced. He was part of a squad who put together a Premier League title push. He's played in both the Europa League and the Champions League as well as internationally. Yet on Saturday evening he could have let his team down again by picking up a suspension. 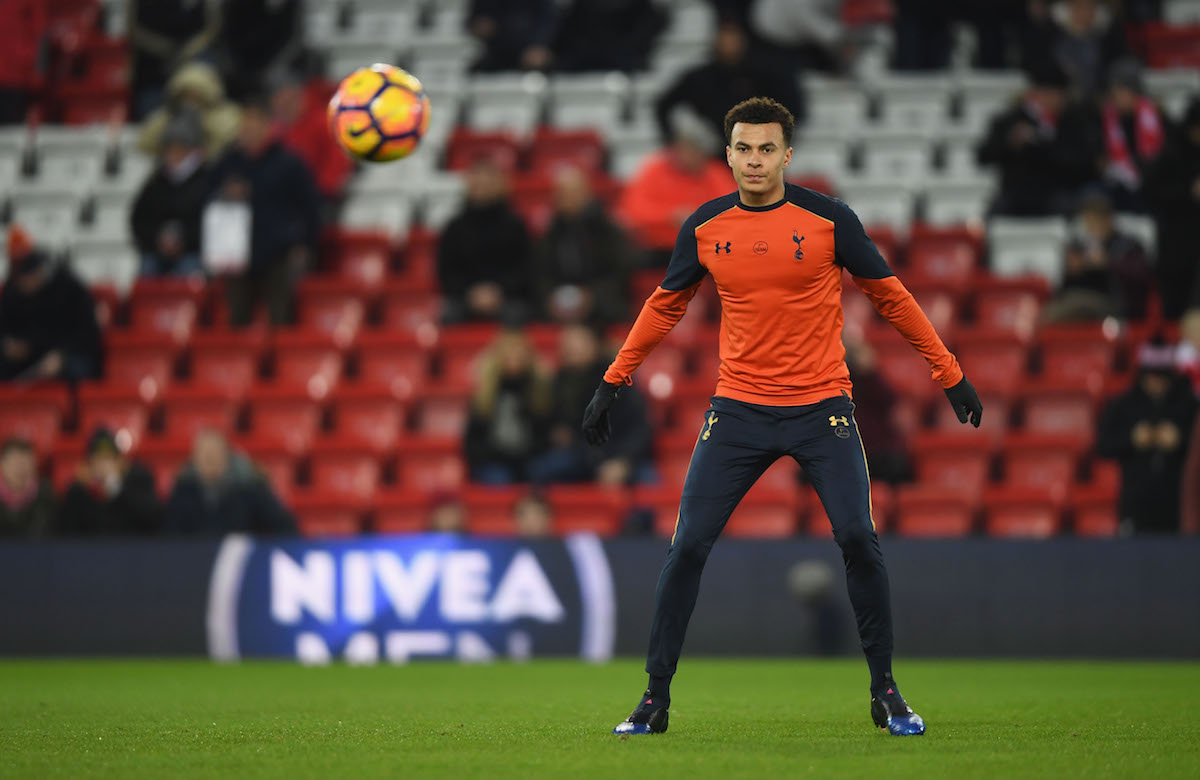 READ MORE: Dele Alli: How Much Is He Really Worth To Spurs?

Paris Saint-Germain, Manchester City and Bayern Munich have been linked with £50million moves for the prolific midfielder. But his attitude and mentality might be what prevents him from fulfilling the potential he has in abundance.

It's not just Alli though. It's as though when things don't go their way in high pressure matches that they just crumble. There's an immaturity to their game that they've yet to shake.

The more they're involved in these sorts of matches the better, but only if they learn from the mistakes they are making. Will Spurs mature into a title winning side or will petulance keep them from making that final step.